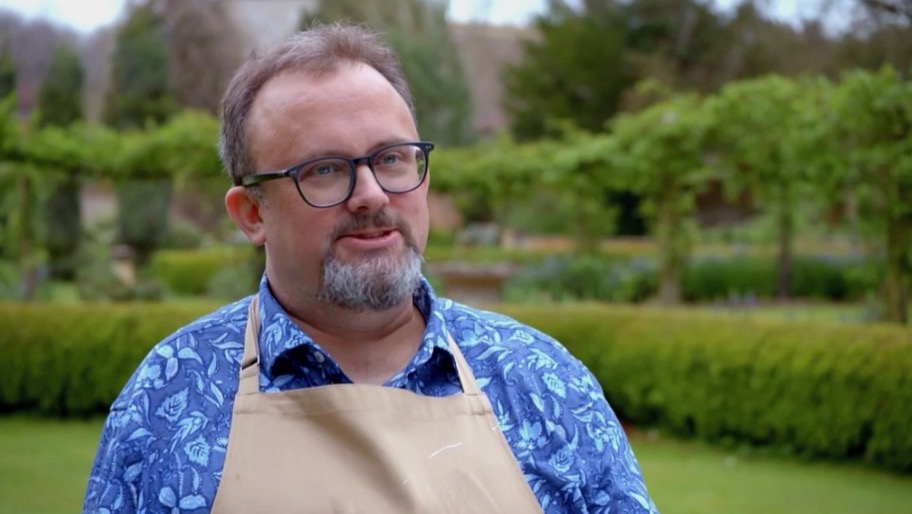 Will has become the first baker to be eliminated from The Great British Bake Off 2022… and while he may not have done enough to stay in the tent, we’re sad to see his charming smile go.

For the first week of the competition, the 12 bakers were put through their paces with three tough cake-related challenges, the first of which involved making a batch of mini sandwich cakes.

After serving up his ginger and caramel squares, judge Paul Hollywood remarked that they were a bit ‘messy’ and ‘bland’, while Prue Leith described the bake as ‘disappointing’.

Next, for the Technical, they had to serve up a tantalising red velvet cake in a task set for them by Prue, where bakers Syabira and Sandro excelled in first and second place respectively.

For their third and final challenge, the Showstopper saw the contestants create culinary versions of homes from their lives that meant something to them, showing off their decorative and architectural skills.

After his elimination, Will said he was ‘proud’ to have taken part.

In his heartfelt exit letter, the former charity director wrote: ‘Wow, how amazing it has been to bake in the Bake Off tent!

‘For me Bake Off is something really special, I feel it defines a contemporary vision of Britishness – a diverse, dynamic, friendly, creative, supportive and loving place brought together by a shared passion for baking. I feel so honoured to be part of that. Thank you, and let’s make cake!’

In the end of tonight’s episode, Janusz was named the first star baker of the series to no one’s surprise after excelling in the tent, crying on the phone as he told his loved ones.

Viewers at home quickly fell in love with all of the new bakers, from supermarket cashier Carole, nicknamed ‘Compost Carole’, to the kilt-wearing James, who works as a nuclear scientist.

While even sending just one baker home is devastating enough, judge Paul recently teased how dramatic the eliminations may become as the weeks go on.

‘There was a couple of weeks where we had to sort of sit down properly and break things down to little faults that they may have had, which, in the end, sent them home. And it’s hard,’ he told The Daily Mirror.

Giuseppe Dell’Anno walked away with the prize at the end of last year’s competition, having been a fan-favourite throughout the series.

While Jürgen Krauss was hot on his heels as a top contender, Giuseppe won the top prize after being named Star Baker twice.

The Great British Bake Off returns next Tuesday at 8pm on Channel 4 and is available to watch on All 4.

When did Britney Spears shave her head? – The Sun