Grace: Man gets buried alive by his friends

Grace showed groom-to-be Michael (played by Tom Weston) being buried alive in a coffin which was screwed shut by his “friends” in a brutal stag do prank. But things get even worse when his mates drove off before getting into an accident, meaning Michael was left out in the woods, stuck inside a coffin.

He heard the entire crash through a walkie-talkie he’d been left with but was unable to do anything.

The nail-biting episode was a claustrophobic’s worst nightmare, with intense scenes showing Michael trapped inside the coffin, screaming for help.

Viewers took to Twitter to express their horror, claiming the scenes were making them “feel sick”.

Some people watching at home even had to turn the TV over. 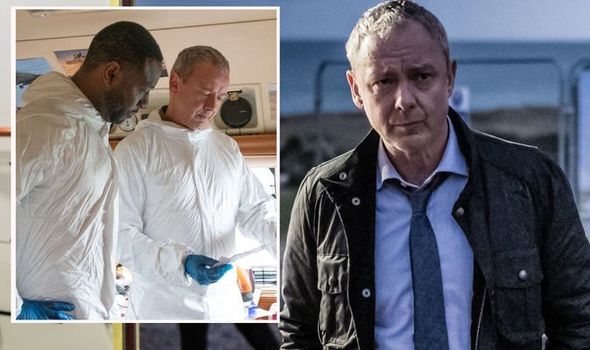 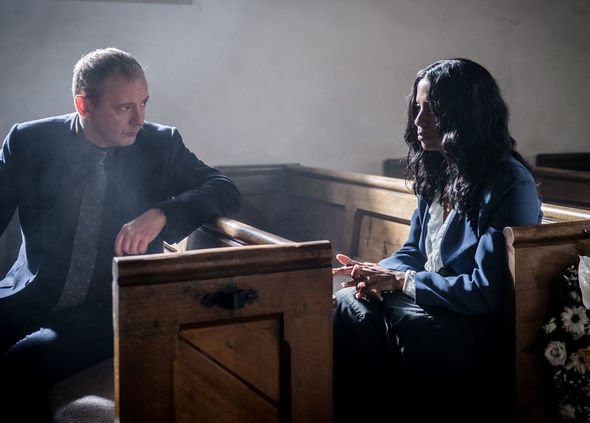 One said on Twitter: “I will not be sleeping tonight… #Grace.”

Another wrote: “This is making me feel sick #Grace.”

A third distressed viewer said: “I’ve had to turn #GRACE over. Just seeing the guy being buried alive made me feel sick.”

“I can’t imagine anyone I know doing this to one of our friends as a “joke”. Horrid.” 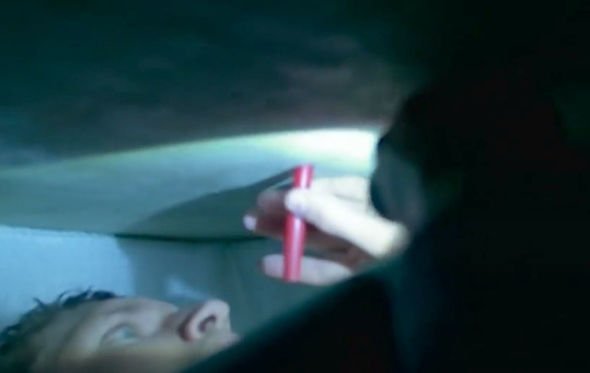 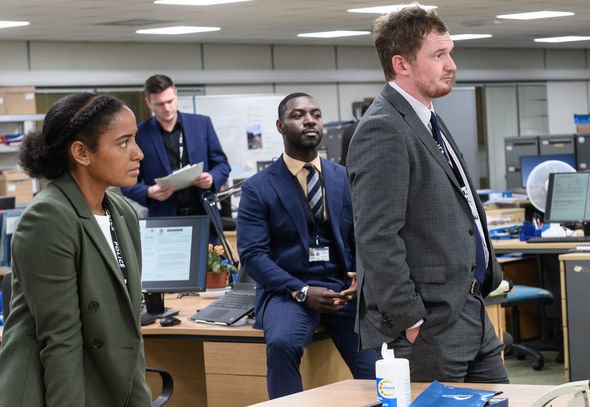 “Worst nightmare, I feel sick #grace,” wrote another as the dramatic scenes continued to unfold.

Later in the episode, more disturbing scenes were shown as Michael, seemingly “rescued”, was held hostage by a psychopathic killer who cut his finger off in a bid to get money from concerned friends.

The drama, based on the hugely popular Ray Grace novels by Peter James, splits the first two novels of the series into two, feature-length episodes.

But it’s currently unknown when the second instalment will air, with a release date yet to be confirmed.

The rest of the episode showed how some of Michael’s friends had questionable pasts, but things also began to look bad for Ashley.

It was revealed she  wasn’t quite being honest about her own life, and was pretty dodgy herself.

Peter James, the author of the Roy Grace novels, recently commented: “John Simm, who actually looks like the Roy Grace of my imagination, is inspired casting!

“With John in the lead, the brilliant scripting by Russell Lewis, and our wonderful production team, I’m confident that fans of my novels and of TV crime dramas, in general, will be in for a treat.”

With the first episode provoking such a reaction, what will be in store in the next instalment?

Grace will return to ITV at some point this year. The first episode is available on ITV Hub.

The Walking Dead Season 11 Delayed, But Season 10 Has Been Extended