GOGGLEBOX fans were left in hysterics last night as Mary, 90, said she used to 'w**k out songs' in a bizarre slip-up.

The Bristolian pensioner appears on the Channel 4 show with her best friend Marina and showed off her vocal skills in one clip on Friday's show. 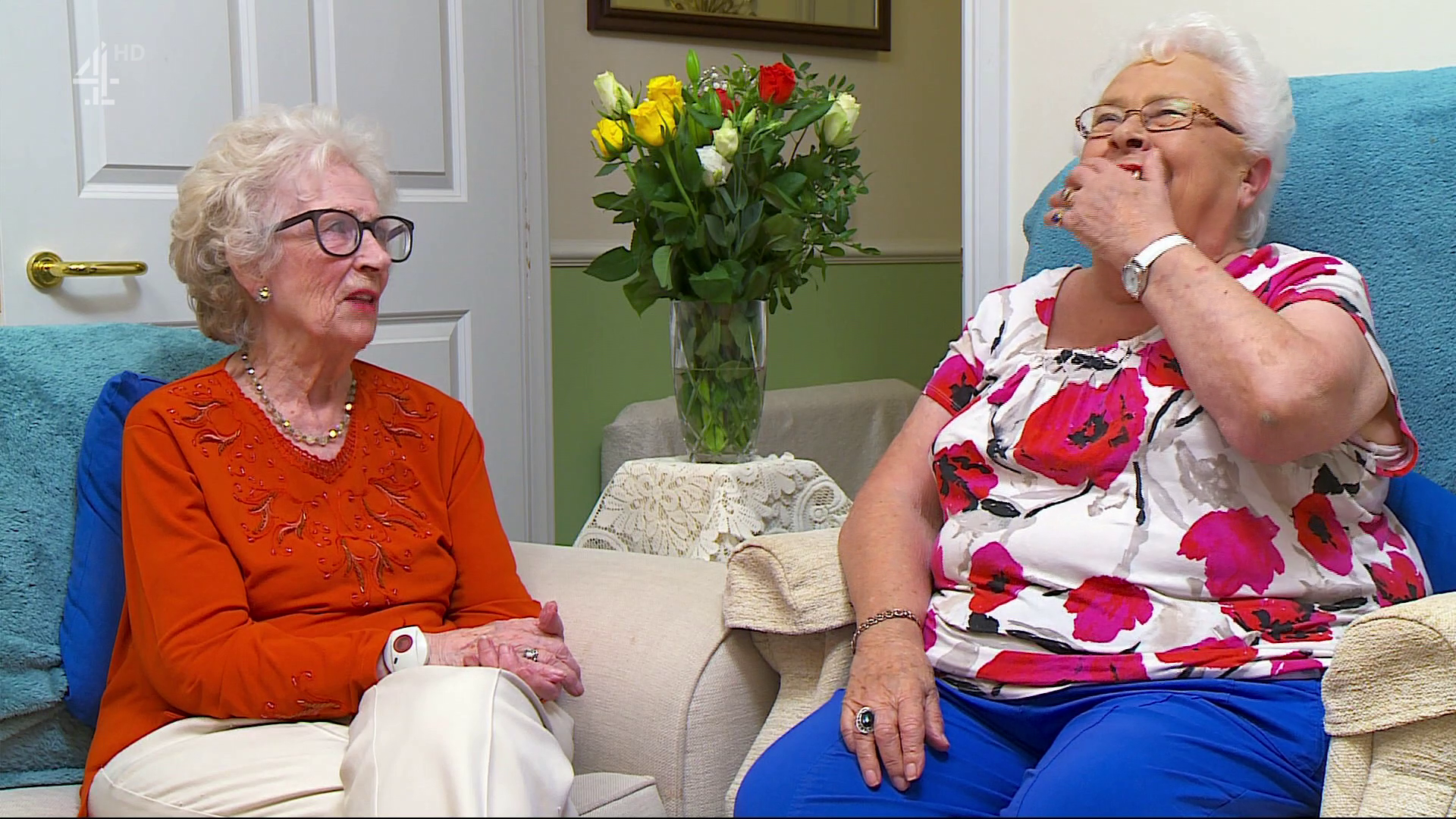 After singing Frank Sinatra's Fly Me To The Moon, Marina told her friend she should go on Britain's Got Talent.

But Mary replied: "Oh I couldn’t be bothered. I should have done that when I was about 10 years old. I used to w**k ‘em out then."

As Marina burst out laughing and asked "Pardon?", Mary said: "No, I never used to w**k ‘em out then, I meant sing them out, you know."

Marina replied: "I know what you meant Mary…" 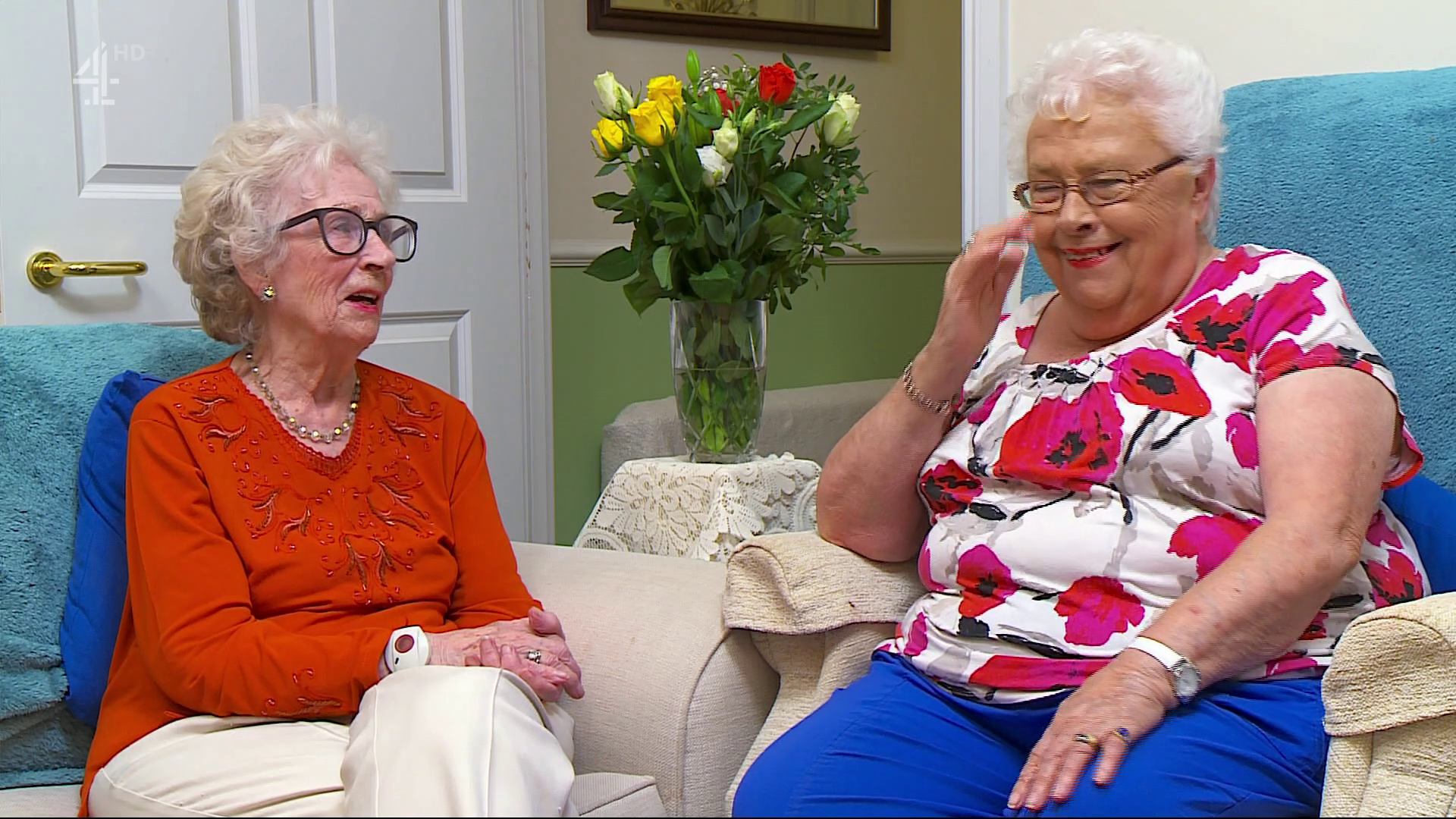 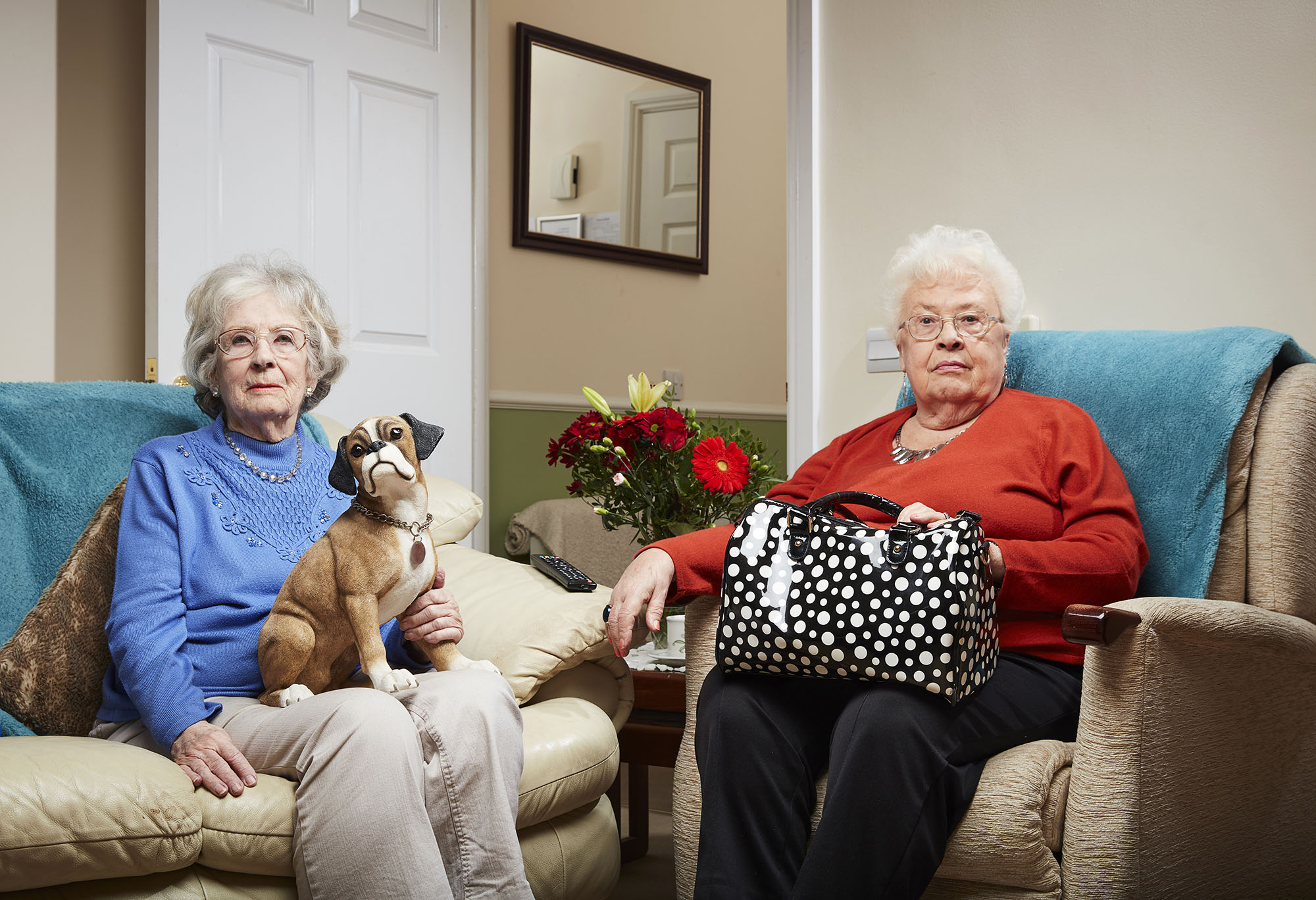 Viewers were in hysterics at home over Mary's cheeky slip up, with one writing on Twitter: "Mary! I choked on my tea! #gogglebox."

Another added: "#gogglebox Nearly choked on my kraze "used to w**k them out" love Mary and marina."

A third tweeted: "Well I think Mary was one in her day  @C4Gogglebox #Gogglebox so what did you used to do Mary ??" alongside a number of crying with laughter emojis.

The BFF's live in a retirement village in Bristol and have been a huge hit with viewers since joining the programme. 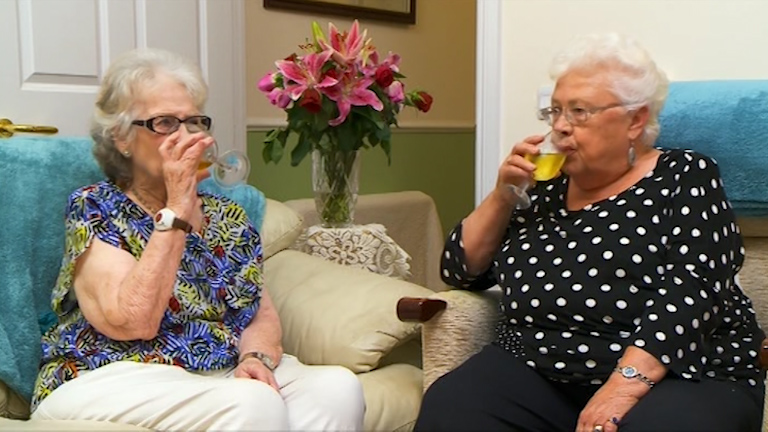 Speaking about what her family think of her being on the show, Mary said in an interview with Homecare: "It is like I have had a new lease of life. We always watch ourselves on Googlebox.

"I like to watch it to see if I have made a fool of myself. We love all the cast, they’re great! And Ellie and Izzy, Jenny and Lee and the Siddiquis always make us giggle.

“My family love me being on it. If I am bit naughty, they always tell me not to worry.”