General Hospital is having Dante Falconeri and Sam Morgan around each other lately, which is making fans believe that the writers are planning something for the two. Dominic Zamprogna, who plays Dante, revealed what he thinks in a recent interview. 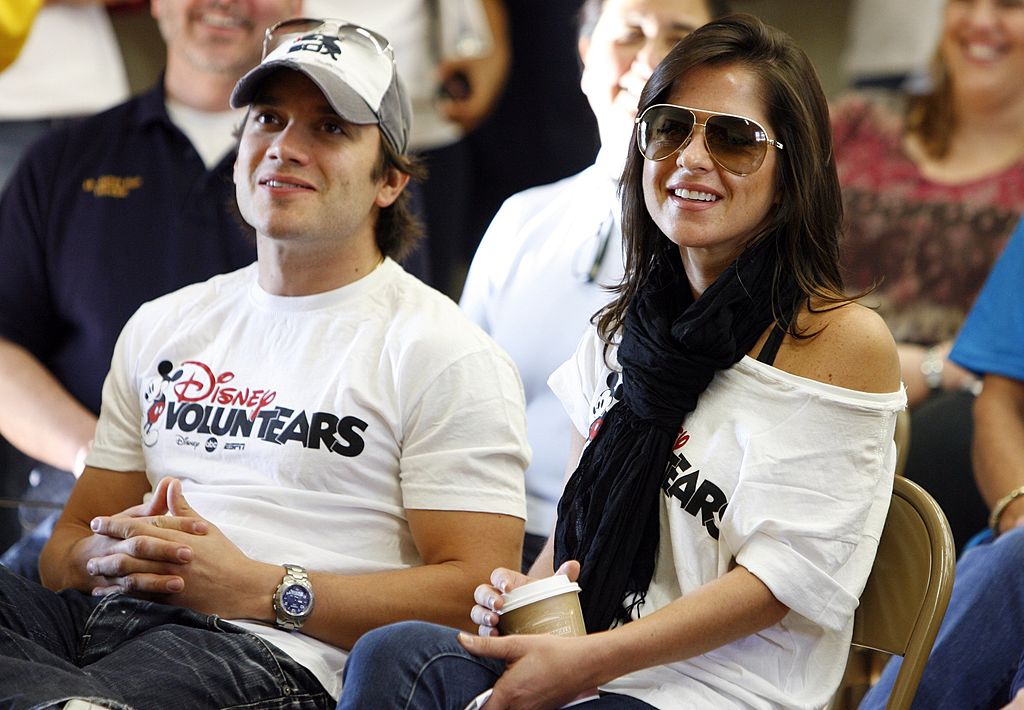 The character brought onto the show as a cop named Dominic Pirelli. Upon introduction, he was investigating his biological father, Sonny Corinthos, who he didn’t know was his father at the time.

Dante’s mother is Olivia Falconeri. Outside of storylines involving his mother and father, his other storyline for Dante have included his romance with Lulu Spencer, who he went on to marry. Dante has also had relationships with Brook Lynn Ashton and Sonny’s ex, Brenda Barrett. He has one child with Lulu, Rocco Falconeri.

Could Dante Falconeri and Sam McCall be an item?

In an interview with Soap Opera Digest, Zamprogna talked about Dante being back in Sam’s orbit and what this means for a potential romantic connection between the two in the future.

For the actor, he suggests that the episode from 2018 that showed an alternate reality where Dante and Sam were together, could be why the writers are bringing them around each other now. Outside of this, Dante really doesn’t have a connection to Lulu.

“I think that [special episode] might have been some of the inspiration behind it,” he said. “I don’t know where it’s going; neither of us really knows where it’s going. Fans are pretty passionate and I think they are trying to gauge, maybe, where to go with it. Keep in mind, Lulu is still in a coma and could wake up, and Sam and Jason are forever and always kind of talked about as being together, but at this point, for me as an actor, it’s just fun to do something different, and I think Kelly [Monaco] feels the same way, from talking to her. We’re having fun — that’s all I know!”

Dominic Zamprogna and Kelly Monaco are enjoying working together

Zamprogna said that due to the fact that he and Monaco haven’t worked alongside each other during the years they have been together on the show, they are both excited that they are in scenes together.

“We’ve never really gotten to work a whole lot together, so it’s kind of new and different for both of us and I think we’re both just enjoying that fact. I’m legitimately having a good time, having laughs. At the end of the day, if it’s just a friendship, then it’s just a friendship, and if they want to take it further, I don’t know, we’ll see what happens, I guess! I feel like people are pretty into it, from what I’ve been able to judge. There are hard-core ‘Lante’ and hard-core ‘JaSam’ [fans] who are always not going to want to see their beloveds with other people, but I don’t know how realistic [that is]. It’s a show, and hopefully people will just enjoy the journey that the characters are going on, because that’s all this is, a journey.”

‘Clarice’: Rebecca Breeds Cast In the Title Role Of CBS’ ‘Silence Of The Lambs’ Sequel Pilot