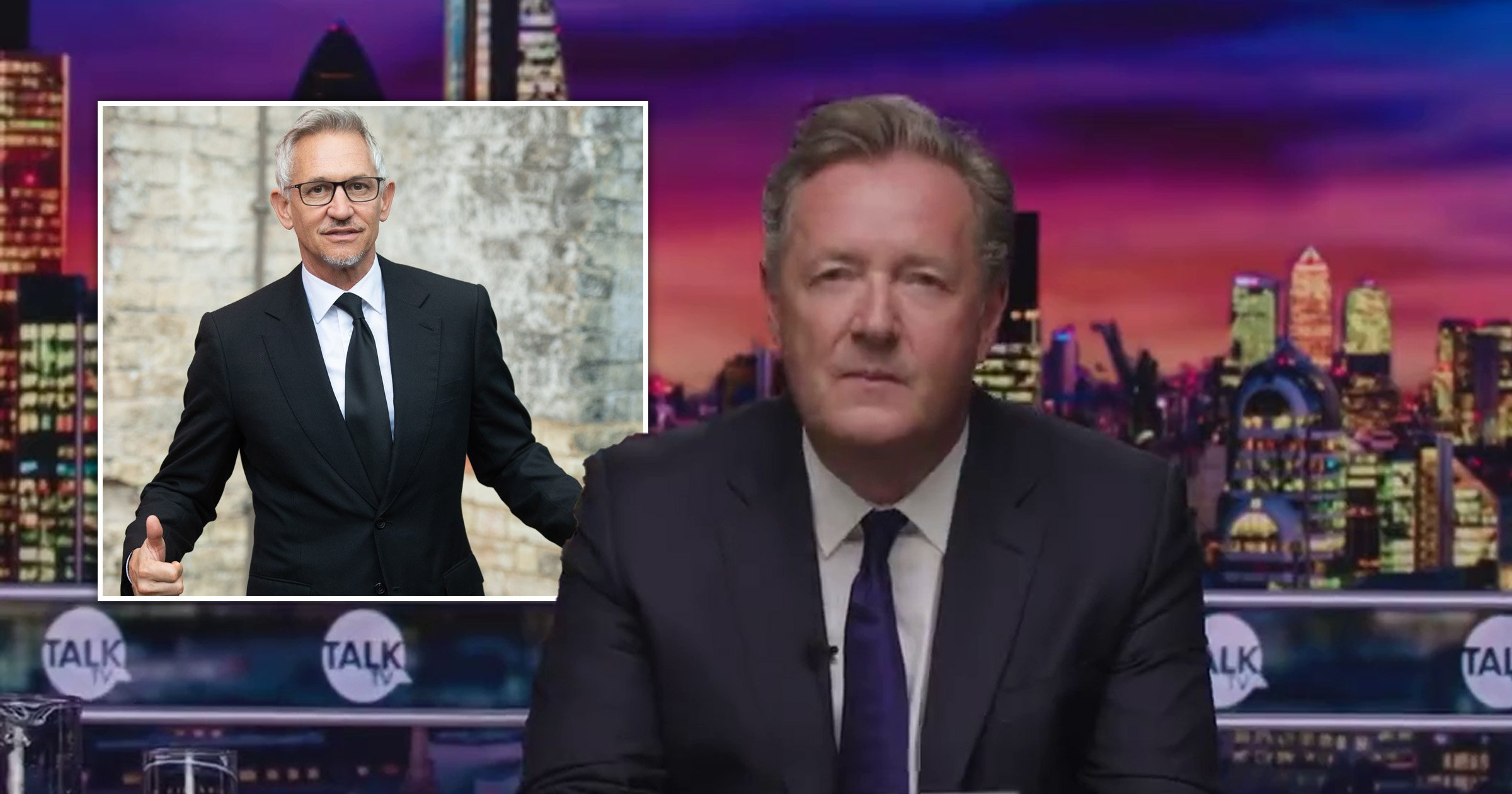 The former Good Morning Britain presenter announced his new TV show on the year anniversary of his notorious storm out of the ITV studio during a row over Meghan Markle with weatherman Alex Beresford.

His new talk show, in which he vows to ‘cancel’ cancel culture, is titled Piers Morgan: Uncensored, which the controversial commentator teased with a tweet releasing the trailer, writing: ‘*ANNOUNCEMENT* Trigger warning: I’m back.. and I’m uncensored.’

But Lineker has trolled Morgan, scarcastically writing: ‘Finally, you will be uncensored and we’ll be able to hear your views.

Morgan often sparks outrage for his outspoken approach in speaking his mind.

Despite being fired from ITV and claiming cancel culture has killed his free speech, the 56-year-old has still managed to make his views heard on social media, and as a columnist for The Sun.

Although Morgan spent a large chunk of the year dealing with the fall-out over his remarks made about the Duchess of Sussex, he also spent the last half of the year working on his big comeback.

The rant from his final GMB, which currently has over three million views on YouTube, sparked 57,121 complaints to Ofcom, rising above the initial number of 41,000 viewer complaints recorded at the time.

Promoting his brand new-series, the TV star joked: ‘I’ll be a tri-continent irritant which is something I’ve been aspiring to be for quite some time… If you’ve missed me on morning TV, I’m sorry, I’ll be back very soon.’

Piers Morgan Uncensored will premiere this spring on TalkTV.

CBS Boss: Magnum P.I. Cancellation Was 'One of the Tougher Decisions'