Game of Thrones character Syrio Forel is credited with teaching Arya Stark how to sword fight throughout season one. However, his death at the hands of Ser Meryn Trant has had fans speculating since the show’s end about whether Syrio is really the assassin Jaqen H’ghar.

Syrio Forel (played by Miltos Yerolemou) and Jaqen H’ghar (Tom Wlaschiha) have been firm favourites amongst viewers of the smash hit HBO series since their respective debuts.

Syrio made his debut in season one, episode three and, in episode eight The Pointy End, he sacrificed himself to the Kingsguard so his student Arya (Maisie Williams) could go free.

His death was never shown on-screen and fans wondered why he chose to remain fighting Ser Meryn Trant (Ian Beattie) with only wooden swords when steel swords were available to him. 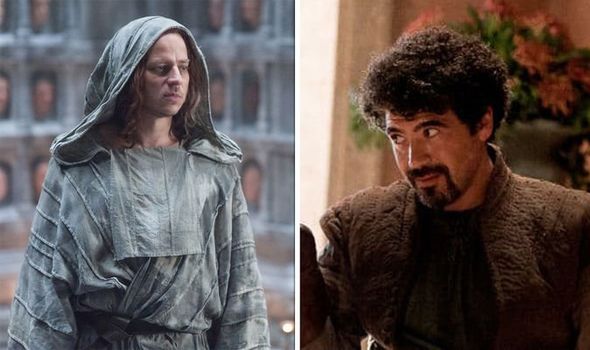 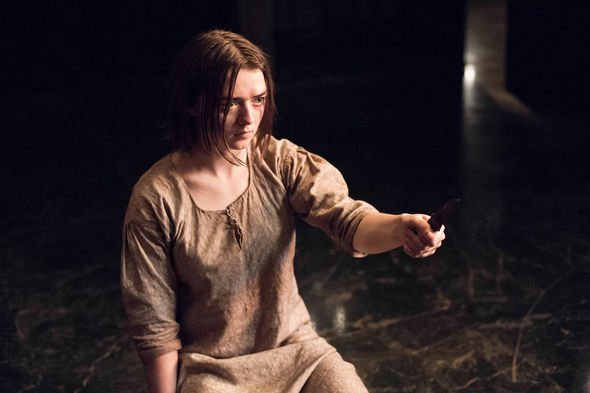 One fan shared on Reddit: “Syrio Forel was sparring with Arya stark when Lannister guards rushed in to take her away.

“Syrio fights off 4-5 soldiers and knocks them out. While they lie on the floor unconscious, Syrio never even considers picking up a steel sword from their bodies… why?

“It seems so much more logical to remove a sword from an unconscious Lannister soldier and fight rather than basically commit suicide by fighting with a stick.”

Another replied, commenting on his unseen death: “This is what led to, for some people, the theory he was actually Jaqen because you are correct it makes no sense.” 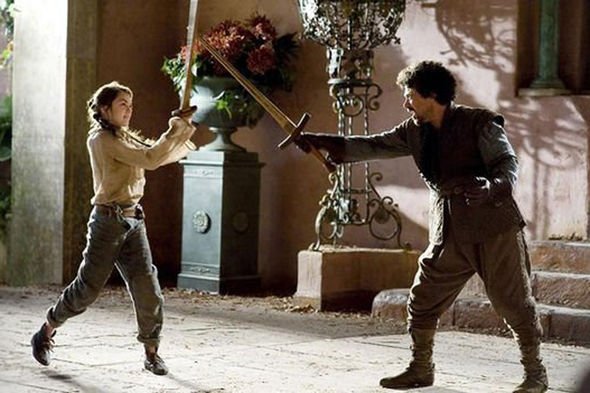 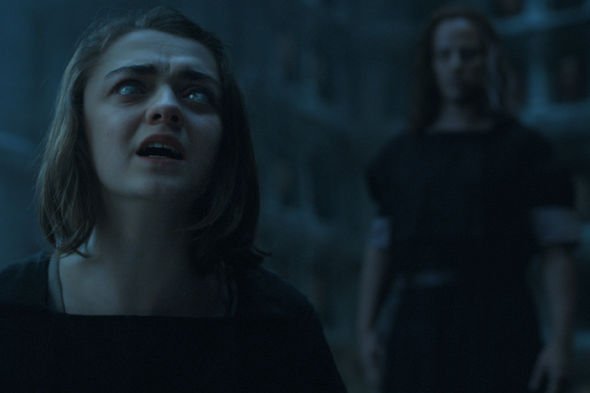 Arya mourned the death of her friend and confirmed in later episodes that he was gone.

But, really, how would she know for certain?

Syrio’s elusive death scene and the unique skill set the two characters share are the reasons so many believe he is really Jaqen, who would continue Arya’s training in later seasons.

Syrio was only in three episodes of season one but he left a lasting impression.

He also delivered one of the show’s greatest and fan-loved quotes: “There is only one God, and his name is death. And there is only one thing we say to death: not today.”

Arya’s teaching would come to define her character and greatly impact later seasons.

The first sword to the Sealord of Braavos was originally hired by Arya’s father Ned Stark (Sean Bean) to train her, after Ned discovered Arya practicing with her sword Needle.

Syrio taught Arya about the one god of death and how to fight in the Water Dance style.

After her father was executed, Arya found herself alone and looking for ways to continue her combat training. This led her to Braavos.

The youngest female Stark met one of the Faceless Men of Braavos, Jaqen, in season two.

Together, the two made Arya into a fearless assassin so it’s no wonder many believe Syrio is actually Jaqen.

Actress Maisie once said in an interview with IGN, she has the same theory: “I always was like, ‘Oh, no, I feel like he’s still alive.’ I always had my own theory that he and Jaqen [H’ghar] were the same person.”

However, despite the theories gaining momentum, creators of Game of Thrones, David Benioff and D.B. Weiss responded to Maisie with an unequivocal: “No, he is dead.”

Many also believe that Syrio being alive would undermine the story, as well as Arya’s character arc.

It’s clear, though, that Game of Thrones coming to an end won’t stop fans wondering whether or not Syrio is a Faceless Man anytime soon.

All eight seasons of Game of Thrones are currently available to watch on NOW TV.

'Little House on the Prairie': Melissa Gilbert Admitted the Show 'Jumped So Many Sharks, It Got Kind of Silly Towards the End'