Game of Thrones star Carice Van Houten is keen to reprise her role as Lady Melisandre in House of the Dragon, even though the prequel series is set 200 years before.

But, she may just be old enough, and in fact, could be the only character from the original series that is.

The series, based on George RR Martin’s supplementary novel Fire and Blood, follows the ancestors of the original show’s Daenerys Targaryen (played by Emilia Clarke), 200 years before the events we know from the land of Jon Snow and Ned Stark.

Known as the Red Woman or the Red Witch, Lady Melisandre appeared in series six of Game of Thrones, where she was an advisor to King Stannis Baratheon, before she revived Jon Snow and served as his advisor and before she was banished.

She later fought in the final battle against the Night King and in the aftermath, having destroyed the army, she walks out of Winterfell and is diminished into dust.

But first, her true form was revealed to be an elderly lady, which was described by showrunner David Benioff as ‘several centuries old’. 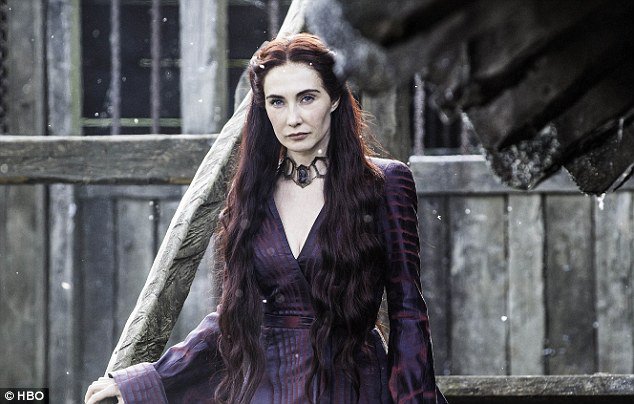 Oliver Ford Davies, who plays Maester Cressen, also revealed in an interview shared on Youtube that Carice admitted her character was 400 years old, which would mean she would be around during House of the Dragon too.

And it seems like she would be down to return, as Carice took to Instagram to repost a fan’s story pleading for Lady Melisandre to return.

In June this year, George RR Martin confirmed that three live-action spin-offs in development, including 10,000 Ships, which refers to the adventures of the legendary Princess Nymeria; 9 Voyages, which will focus on the expeditions of Corlys Velaryon, known as the Sea Snake and played by Steve Toussaint in House of the Dragon; and a project based on the slum in King’s Landing known as Flea Bottom.

It was also confirmed earlier this year that a Jon Snow sequel series starring Kit Harington is in the works, after the actor came up with the idea for the show.

House of the Dragon continues on Monday on Sky Atlantic and NOW.

Countdown: Nick Hewer reveals off-air ‘argument’ he had with boss