Game of Thrones built up to a tense ending over the past few seasons, with the Night King (played by Vladimir Furdik) finally being killed off.

While many viewers believed Jon snow (Kit Harington) would be the one to kill the evil tyrant, it was eventually revealed to be Arya Stark (Maisie Williams) after all.

Considering her intense training, it retrospectively made sense that Arya would have had the best chance to kill the necromancer – however many fans didn’t see this coming.

Viewers may have figured out her father, Ned Stark (Sean Bean) did see her importance early on, however, as they have now pointed out.

Fans of the show have been poring through the show’s early episodes looking for clues pointing towards the true ending of the story.

And Reddit user lethalrxses recently pointed towards one of Arya’s first scenes with her sword teacher, Syrio Forel (Miltos Yerolemou), when Ned was overlooking her training.

The fan wrote: “The scene is Arya’s lesson with Syrio Forel, Arya is attempting to attack Syrio to strike him and she’s genuinely enjoying it.

“Every time he catches her and says ‘Dead’ she chuckles a little bit. Cut to Ned standing in the door way watching somewhat proudly and chuckling under his breath.

“Then it’s almost like he has a flashback (or possible foreshadowing) to the sounds of a roaring battle and swords clashing and his face drops and it almost looks like he grows pale.”

They then went on to point out Ned allowing his daughter to train with swords was not the done thing for royal children.

READ MORE: Game of Thrones: Has the real reason Shireen Baratheon was sacrificed been revealed? 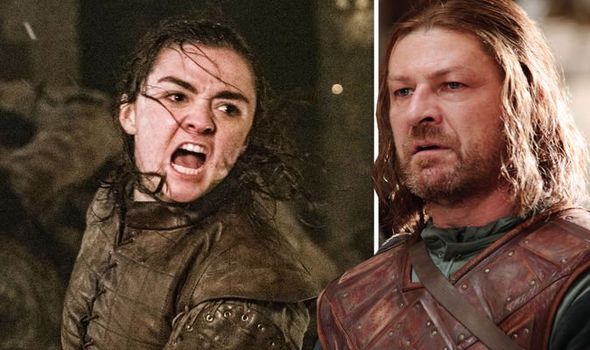 The user continued: “What father in this world and time period would let his young highborn daughter keep a secret swords and then go as far as to higher a skilled teacher to let her learn swordplay?

“But Ned does, despite what he knows about fighting and battles and wars. It’s almost like he… can see her potential and what she’s destined to do.

“It’s almost like he can see and sense the war coming and the white walkers eventually marching down on his family. He can see it and he’s terrified.”

It has not been confirmed that Ned knew anything about the impending war, or indeed the Night King in advance – but if he did, he would have certainly begun Arya’s training as soon as he could.

Ned actor Sean Bean has stayed silent over the years about what he and his character knew, so fans will have to wait and see if the truth is ever revealed. 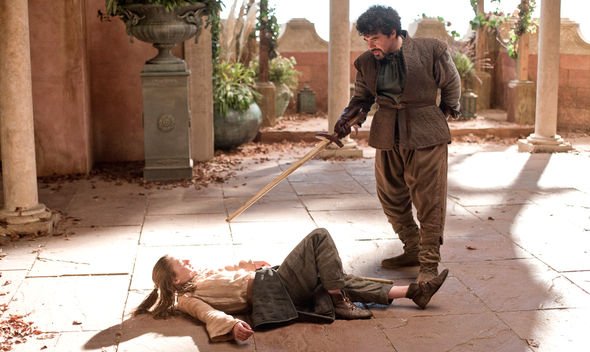 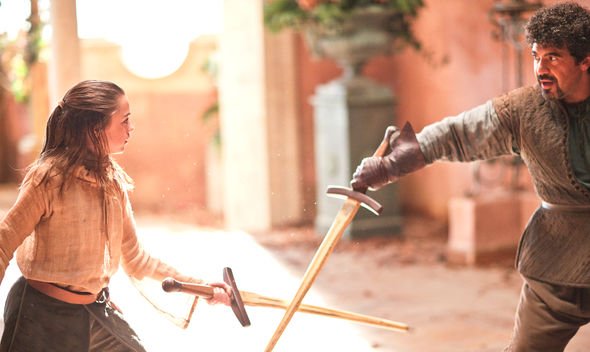 Speaking to Deadline, Gwendoline spoke about her final scene with Jaime, saying: “When I read that scene, I felt incredibly upset about it on the character’s behalf.

“And then I realised I had moved into that space where I feel deeply, deeply protective of this character.

“I was also thrilled about it as an actor, because it meant getting use to some real acting muscles.”

Gwendoline even went on to reveal: “Nikolaj and I had worked on the relationship between Brienne and Jamie for seven years, and I knew we were going to throughly enjoy playing that out.”