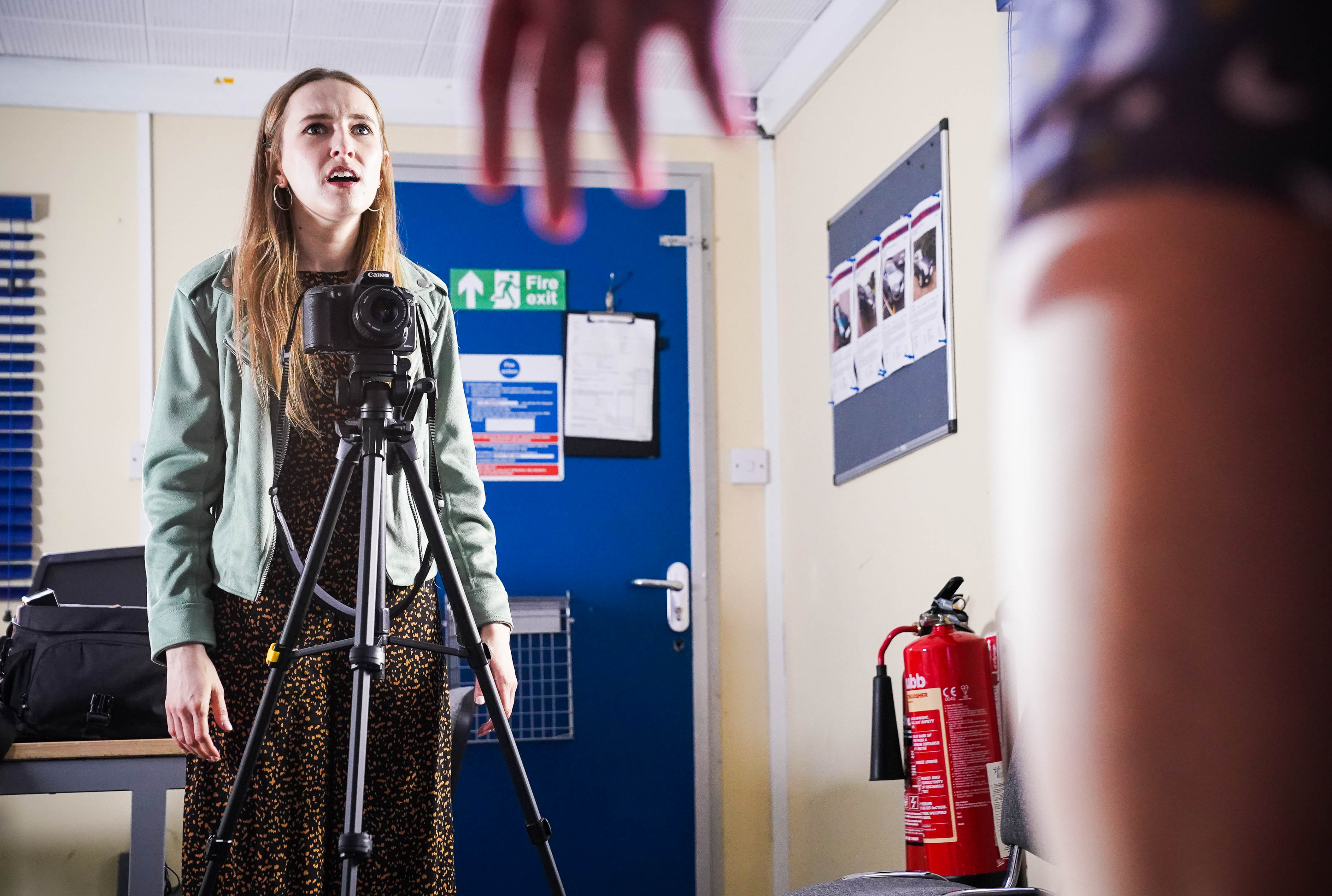 Frankie Lewis (Rose Ayling-Ellis) gets more than she bargained for in EastEnders, as she enters the cab office to find Jay Brown (Jamie Borthwick) removing his clothes.

The popular character is on a mission to create a portfolio of her work, after a visit from old uni pal Clara reignited her passion for photography.

Rocky (Brian Conley) got wind of her plans in Wednesday’s (May 18) edition of the BBC One soap, and he subsequently offered her some advice, suggesting that she capture the real East End.

The car salesman posed for a few snaps. Frankie, however, wasn’t pleased with how they came out.

Mick Carter (Danny Dyer) got involved in the project, as he allowed his daughter to photograph him in The Queen Vic. Rocky, meanwhile, turned his attention to Jay.

With some assistance from Mitch Baker (Roger Griffiths), he convinced Jay to take part in Frankie’s photography project, but the comedy duo told him a great big lie, claiming it’s a nude photoshoot!

Jay is on tenterhooks in Thursday’s (May 19) edition of the soap, as Rocky and Mitch continue to wind him up.

The car lot owner is conflicted about what to do, but wanting to help Frankie, he decides to go through with it.

Frankie, however, receives a big shock, as she enters the car lot to find Jay in the process of stripping off his clothes!

Pictures preview the scene in question, and it’s safe to say that things are awkward between Jay and Frankie.

Matters become more complicated, however, as Lola Pearce (Dannielle Harold) walks in to find Jay in a state of undress.

He’s forced to explain himself, but will Lola believe that it’s all innocent?

That would be no, as next week, she storms into Clara’s exhibition, and accuses Jay of cheating on Honey Mitchell (Emma Barton) with Frankie!

EastEnders airs these scenes on Thursday May 19 at 7:30pm on BBC One.