It was a fairly quiet Wednesday in primetime, with ABC leading the way and NBC’s Chicago trio in repeats.

The Goldbergs kicked the night off for ABC delivering a 0.6 in the adults 18-49 demographic and 3.66 million viewers, steady with last week’s numbers. American Housewife (0.6, 3.13M) ticked up in the demo, while The Conners (0.6, 3.70M) returned higher and delivered the night’s largest audience of the night with 3.70 million viewers. Call Your Mother (0.5, 2.79M) also rose in the demo.

The comedy block led into the Season 2 finale of For Life (0.3, 1.75M), which was on par with last week as it now waits for news on a Season 3 renewal.

ABC led the night overall in audience and tied in the demo with NBC and Fox; Univision meanwhile beat out CBS and the CW in 18-49s. 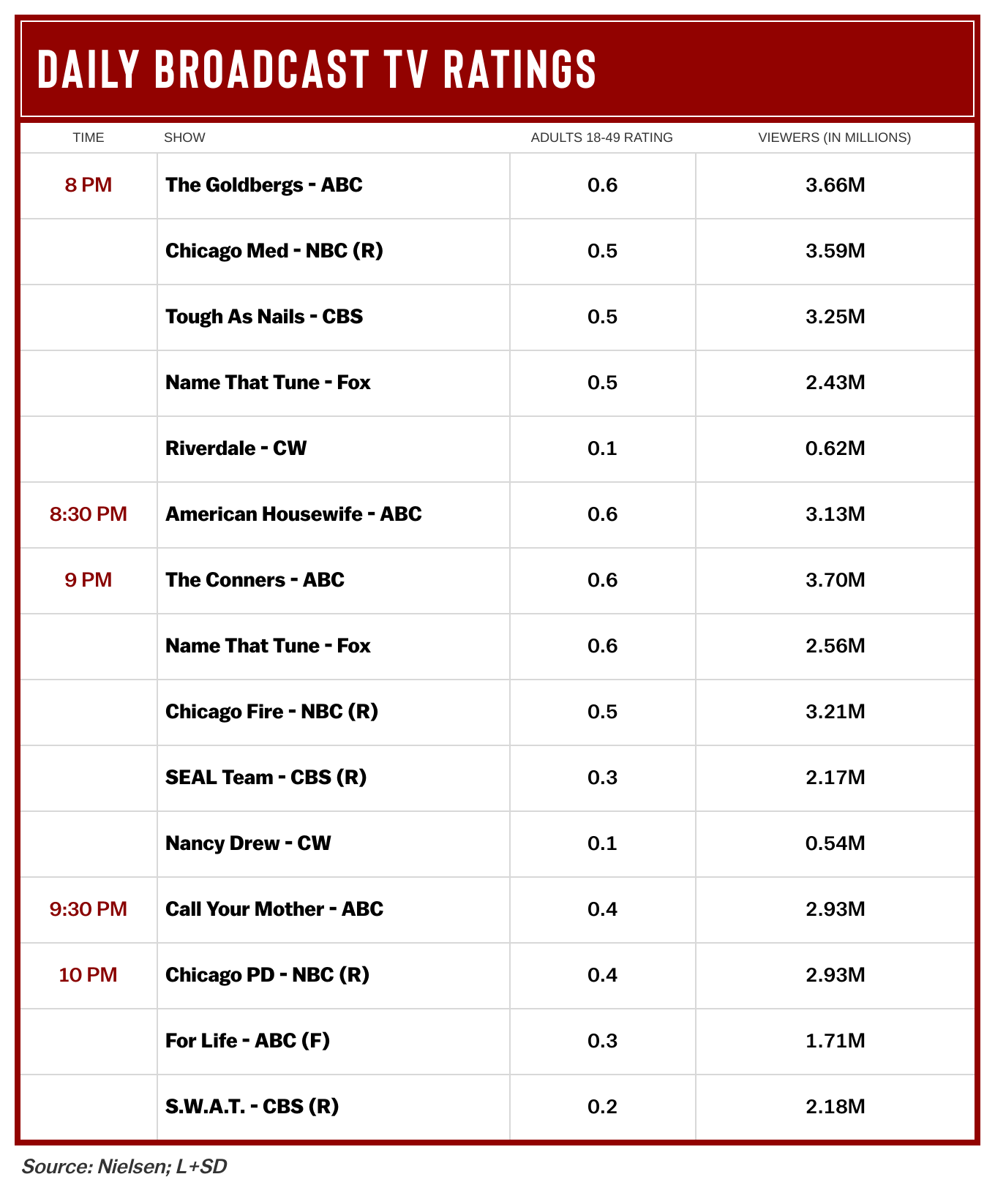 How much are the Strictly 2019 celebrities, judges and dancers paid?