EXCLUSIVE: A comedy drama co-written by Gavin and Stacey star Mat Horne and a thriller based on Jack London’s manuscript of The Assassination Bureau Ltd and are two of the latest TV projects being set up by British producer Fired Up Films.

The company is doubling down on the scripted side of its business, having recently scored a two-hour order for producing Laurence Fishburne-narrated doc The Hunt for Hitler’s U-Boat for History on the factual side.

Horne, best known for his on-screen performance in the James Corden and Ruth Jones-penned BBC comedy, is writing Loose with actor-turned-screenwriter Christopher Adlington.

The series is a multi-cultural comedy about a man on the run, which Horne says is inspired by the pair’s love of 1980s caper movies such as Midnight Run. It tells the story of Howie Doohan, a Wall Street trader and father of a disabled child, who loses a fortune on a trade and makes a run for it, and his wife Angelica, a high-powered district attorney with a chronic gambling addiction.

Mat Horne said, “The show is a fast-paced comedy about a man who’s got everything to lose, and does. Loose charts his fall and rise, as he finds himself – in the face of major adversity – becoming the father he never knew he wanted to be.”

Fired Up Films co-founder Simon Howley said that the script made them laugh out loud. “As a company, we have been more about factual drama than comedy, but then sometimes a project arrives which is too good to pass on.” 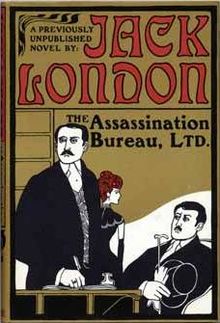 Separately, it is also developing The Assassination Bureau Ltd, which is loosely based on Jack London’s unfinished manuscript. London original purchased the story idea from Elmer Gantry author Sinclair Lewis in 1910 and wrote 20,000 words before giving up and dying in 1916, leaving the book unfinished. The series was originally set in the U.S in the late 19th century.

The new series, which is about a group of ethical assassins, is now set in the North of England in the 1980s. Justin Lockey, guitarist in British rock band Editors, is writing alongside LA-based writer Scott Charnick.

Charnick, a former Intelligence and Special Forces Operator turned screenwriter, had previously worked with Fired Up on contemporary spy thriller The Increment.

“The beauty of adapting the original manuscript of The Assassination Bureau Ltd, which London didn’t manage to finish, is that we now have this incredible story full of rich characters and intrigue that we can take in any direction and not lose London’s voice or any of his original story lines,” he said.

Howley added, “It’s great to continue working with Scott and to start our relationship with Justin, he has really different take on things – his re-working of London’s original manuscript is just brilliant.”

Elsewhere, the company, which previously had a first-look deal with eOne, has hired Aimee Rowlings as Head of Development. Rowlings previously worked at All3Media-owned Bentley Productions, and has credits on series including Bletchley Circle and Call the Midwife.

“I’m delighted that Aimee has chosen to join us at a very exciting time for us as a company her experience and contacts book is a real asset to our scripted ambitions.  With an ever-growing slate and several series about to go in to production we are in a good position for 2021,” Howley added.

Love Island viewers beg producers to give Greg the £50,000 prize money after he writes beautiful poem for Amber