Who is in the cast of Finding Alice?

Hawes is best known for her roles as Louisa Durrell in The Durrells, DI Lindsay Denton in Line of Duty and Julia Montague in the Bodyguard.

Viewers may also recognise Hawes from Upstairs, Downstairs, The Casual Vacancy and The Missing.

Speaking at a press event ahead of Finding Alice, Hawes discussed taking on the role of Alice and portraying grief on-screen.

Hawes said: “Alice is a unique creation and while I really hope some people will relate to her and find something within her reaction to her grief that they can relate to and that may help.

“I’m not sure. I can’t be responsible for peoples grief because grief is unique to all us.

“The way we experience grief be it for a parent or a child for a pet. It is unique to all of us and all of our own situation. I can’t be responsible for that but I hope people can relate.”

Lumley is best known for her role as Patsy Stone in Absolutely Fabulous, who which she won two BAFTA awards.

Lumley said: “I think if you look at Alice’s parents with Nigel Havers playing Roger and me playing Sarah, you can see that Roger is the one who is much more connected to his daughter.

“He has got a terribly soft heart and he cries at the drop of a hanky. He is just wet as a hen quite frankly. Sarah seems hard-hearted because she is hard-hearted.”

READ MORE Not another one! Royals brace for Meghan Markle and Harry TV show 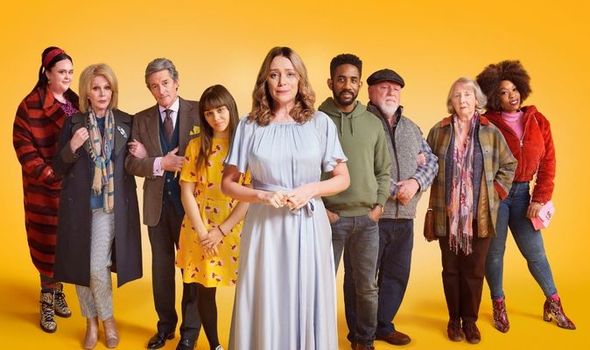 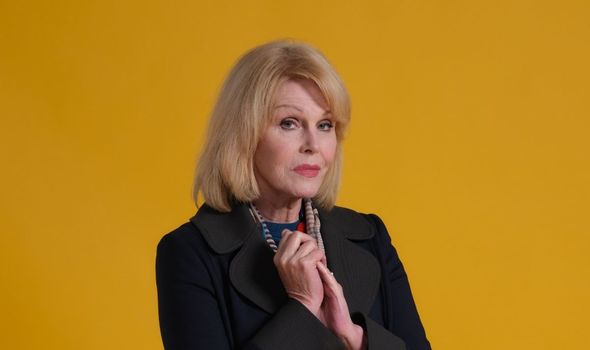 Lumley continued: “She’s not a cruel person or a bad person. She just hasn’t got any or can’t see any reason to have any social graces so she’s kind but fairly dismissive of Harry’s parents and Kenneth Cranham and Gemma Jones play the parts so beautifully.

“Her own daughter Alice, she’s terribly close but I think this is a mother-daughter thing.

“I think that quote often fathers and daughters and mothers and sons get on very well and quite often there is a friction between mothers and daughters which I’ve never felt, but I have observed with other people and I think, one of the first things Sarah says in the show is ‘what on earth are you wearing’ immediately critical of her daughter who literally that second lost her husband in the most ghastly and unexplained circumstances.

“A terrible catastrophic shock not only for her but for Charlotte, her granddaughter and this new adored, much-longed-for house suddenly stained forever by the death within it and so she’s hard and she can’t even bring herself to kiss Alice.

“There’s something in there and so to play her, which I hope to think is not typecast, was quite interesting because you think ‘something made her like this’ and gradually because the writers are clever, you realise there is backstory there. This is a disappointed woman.” 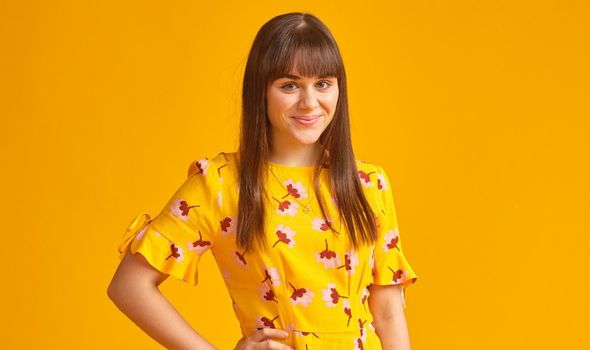 Pappas is an up-and-coming 18-year-old actress, who has appeared in Home and Paranoid.

Pappas said: “With the character, I just love Charlotte. She’s very emotionally stifled and I think that the reason she is that way is that she has to bottle up her emotions to keep her from completely unravelling.

“I think it also doesn’t help because she has lost her father but now she has to watch her mother spiral trying to keep this life they had pre her father’s death intact but when you lose someone, your life can’t really be the same.

“So, you kind of have to adjust to a different way of life rather than trying to replicate what you had before I guess, so I think that’s a struggle for her.” 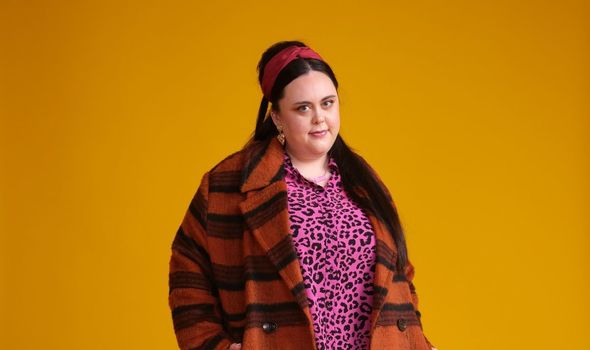 Sharon Rooney is a Scottish actor, best known for her role as Rae Earl in My Mad Fat Diary.

Her other credits include Two Doors Down, Brief Encounters and Dumbo.

“With Nicola, and what was so lovely to play about her was she fills the silence and its not always with the right words but they come from the right place and for her, I think, she sees in Alice someone she sees in herself.

“Just someone who misses Harry. Someone who just misses that gap and doesn’t quite know how to fill it because life is completely different now and she has a very strange relationship with her parents.

“I think Harry was always the golden one of the two and she comes along quite a bit later and there is a quite a bit of an age gap and I don’t think she has always had the support and nurturing someone like Nicola needs. She needs that love and that kind of patience in a way.”

She added: “I just saw in Nicola something that I just saw in myself, that way the bigger the hair, the more makeup, the brighter the clothes, the better she’s feeling when actually, it’s a bit of a front.”

She added: “She’s like this big onion with all these layers and it was just so nice to pull back. It taught me to check on the strong friends cause the one who are outwardly always fine and looking after everyone just needs someone to say ‘how are you feeling’.”

When is Pixie Lott's wedding to Oliver Cheshire, where are they getting married and who are her bridesmaids?