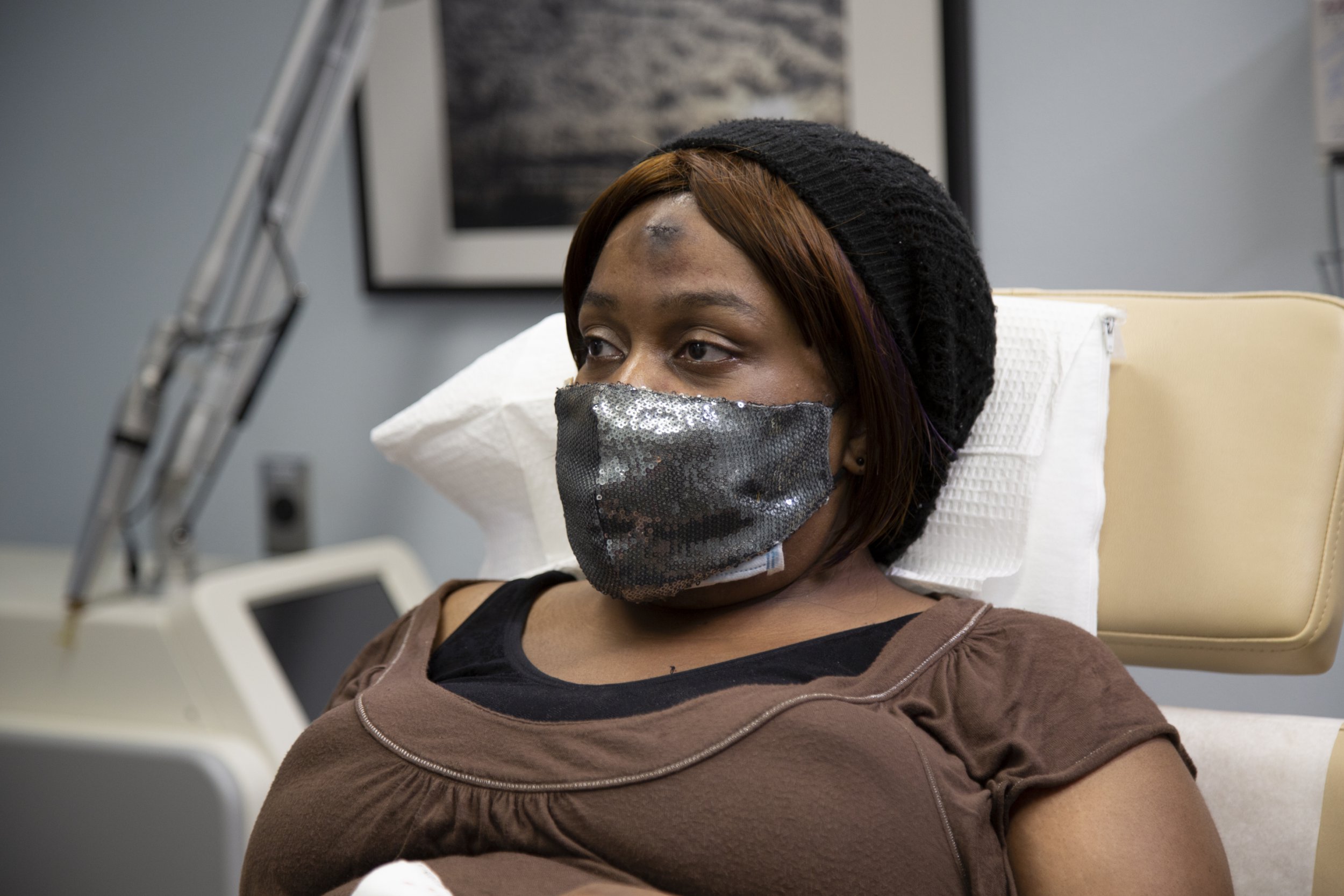 A film extra pays a visit to Dr Pimple Popper in a brand new episode to have a darkened ‘third nipple’ lipoma on her forehead squeezed out, as she is fed up of having to disguise it in order to land roles.

Felicia, 47, confesses she keeps ‘picking’ at the lipoma on her head which has caused the skin over it to darken and become thick.

She says in upcoming scenes: ‘It started out as a small lump underneath the skin, so I decided I’ll just burst it. A little liquid came out of it, all clear, and that’s when it when downhill from there, because I pick with it all the time, constantly.’

Felicia is forced to wear wigs to cover it up at work as ‘I know that the lump on my forehead is not something a Casting Director would want to see.’

‘If I don’t wear a wig with bangs, I’m not going to get hired for the job. So, that’s a big problem,’ she continued.

Felicia pays a visit to Dr Sandra Lee in California to see if she can remove the lump once and for all.

Dr Lee explains that by picking at it she has caused the skin to darken and thicken, making it more tricky to remove.

The doctor surprises Felicia with her spot diagnosis: ‘If I were to guess, it’s more like a lipoma. Now this bump on top is definitely prurigo, what he say is a pickers nodule, it almost looks like a little nipple!’

As Felicia goes into surgery she explains that Dr Lee has two issues to deal with: removing the lipoma and getting the darkened skin around it back to its normal colour.

Viewers will watch the doctor prize away the flesh on Felicia’s forehead revealing a fatty orange tissue underneath, confirming that it is a lipoma.

After popping out the lump and placing it on a tray, Dr Lee issues a warning: ‘I was able to remove Felicia’s adorable lipoma and much of that darkened nipple on her forehead.

‘It was a challenge because I had to leave some of the darkened tissue, so it really is important that she keeps her hands off of it.

She added that it will ‘look really good with time’.

An overjoyed Felicia is ready to get back into the world and back to taking pictures for casting directors that she can be proud of.

‘I can’t believe I waited so long to get the lump out of my forehead,’ she says.

‘I am so happy that it has now happened, I feel like crying!’