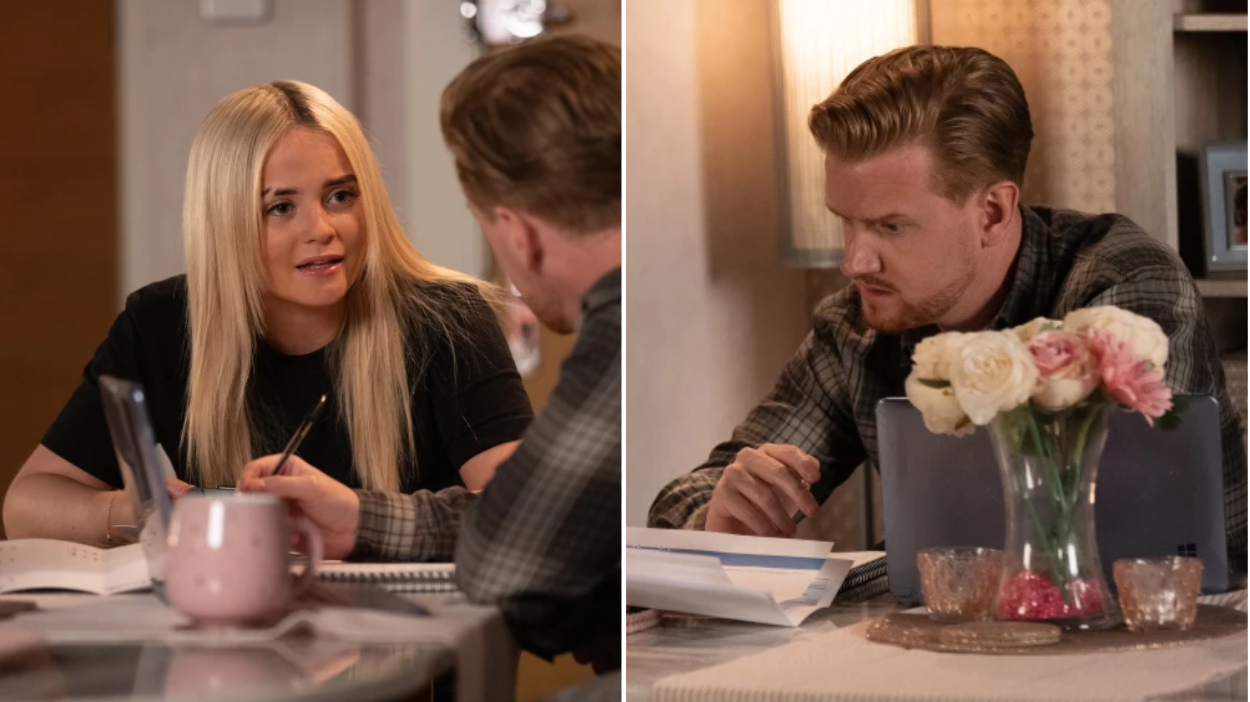 There are two things for certain in Coronation Street. The first is that Kelly Neelan (Millie Gibson) will find out that Gary Windass (Mikey North) killed her father, Rick. The second is she will not be happy – and the consequences are going to be dramatic.

These events are most likely approaching fast as we know that Millie Gibson is leaving Coronation Street soon.

In upcoming episodes Kelly will discover a disturbing clue that her mother Laura (Kel Allen) was not, in fact, her dad’s killer. Viewers know that Laura took the blame on behalf of Gary after she realised that Kelly had grown close to Gary and his wife Maria (Samia Longchambon) and Laura knew she didn’t have long to live herself.

Kelly gets some of Laura’s belongings back from Spain, including a digital camera. The time stamp on the photos show that some of them were taken on the day that Rick Neelan died – meaning that Laura was in Spain that day and couldn’t be responsible for killing Rick.

Kelly is upset to think that she wrongly believed her mother to be a murderer, and the discovery also means that the killer’s identity is still a mystery.

Gary is uneasy when Kelly reveals what she’s discovered, and he’s made even more uncomfortable when Rick’s former associate Sharon comes to see Kelly to wish her well on her engagement to Aadi (Adam Hussain).

Sharon knows the truth about Rick’s death, and she’s horrified when she hears about Kelly’s recent kidnap ordeal. Could she be about to break her silence?

As it seems almost certain that Gary’s secret is about to be exposed, the question is how will Kelly react?

Knowing that Gary killed her father would definitely make her think of all his subsequent behaviour in a new light – did he care about her at all, or was he just trying to cover his back the whole time?

Could Kelly be capable of violent revenge? She is Rick Neelan’s daughter, after all.

'General Hospital': Nicholas Chavez Says He Has a Surprising 'Part-Time Job' on Set