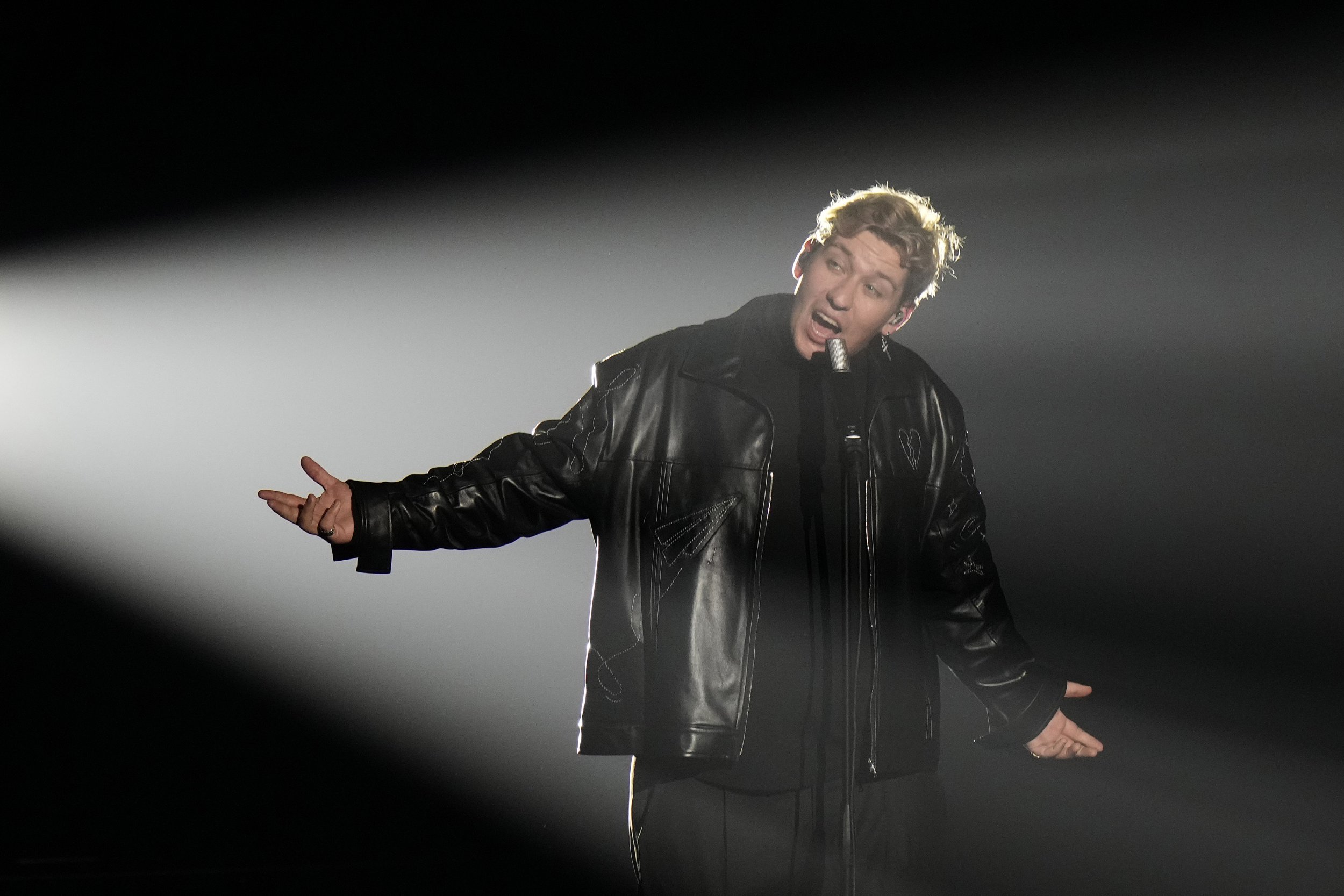 Eurovision’s Swiss entry Marius Bear became super close with the UK delegation during the process – but recalled being ‘pretty scared’ upon his first encounter with TV royalty, Rylan Clark.

The Boys Cry Too singer finished 17th out of the 25 entries on Saturday night after receiving the dreaded nil points from the public.

But this did pave the way for a memorable moment for viewers, when UK entry Sam Ryder went to console him after he didn’t receive enough votes from the public to add to his total 78 from the jury.

Now back in Switzerland, Marius has had a moment to reflect on his time in the Eurovision Song Contest, sharing with Metro.co.uk how his own delegation formed quite the bond with the Space Man singer’s entourage.

But he was unsure about one person when he first met the UK delegation, Rylan.

He told us: ‘When I met him for the first time, I was quite scared. I saw him in the restaurant… he’s tall and has this perfect Freddie Mercury face, the white teeth.

‘Then he came to us and was like, “woah, love the song and love you”, and then day by day, we were hanging out, we had some drinks and I had the best time of my life!’

Marius added: ‘That’s how beautiful Eurovision is. It’s not about judging someone, the way they look or what they wear or whatever… it just goes straight into the heart and that’s amazing.’

It won’t be long before the pair will come together again, as he spoke of his plans to hopefully meet up with the Radio 2 DJ as he plans his next trip to London.

The singer continued: ‘Next week, I’m coming to the UK to do some songwriting with friends, which I started here in the UK, and then I will also call Rylan Clark, we’ll go out somewhere. We will see I don’t know!

‘We will definitely stay in contact because my management is also from the UK, so I will be there more and more and more.’

He delved a bit more into the sweet moment which saw Sam come up and hug him after receiving none of the fan vote.

Fans saw Marius go on to give Sam a kiss on the cheek after being consoled, before he had to run back to his seat.

‘We met each other a lot of times before,’ he explained. ‘We were together at a Eurovision party in Madrid. We spent two weeks together in the same hotel and we were hanging out with this whole crew. Scott Mills, Rylan and his whole team. The Swiss and UK delegation came together and there was friendship!’

Sharing the moment on TikTok at the weekend, Marius wrote: ‘When Sam Ryder picked me up at my lowest,’ adding a heart emoji.

He added in the caption: ‘Eurovision provides moments like this. Sam Ryder, thank you for being the loveliest man in Space’.

Who went home on Dancing with the Stars? Eliminated couple revealed