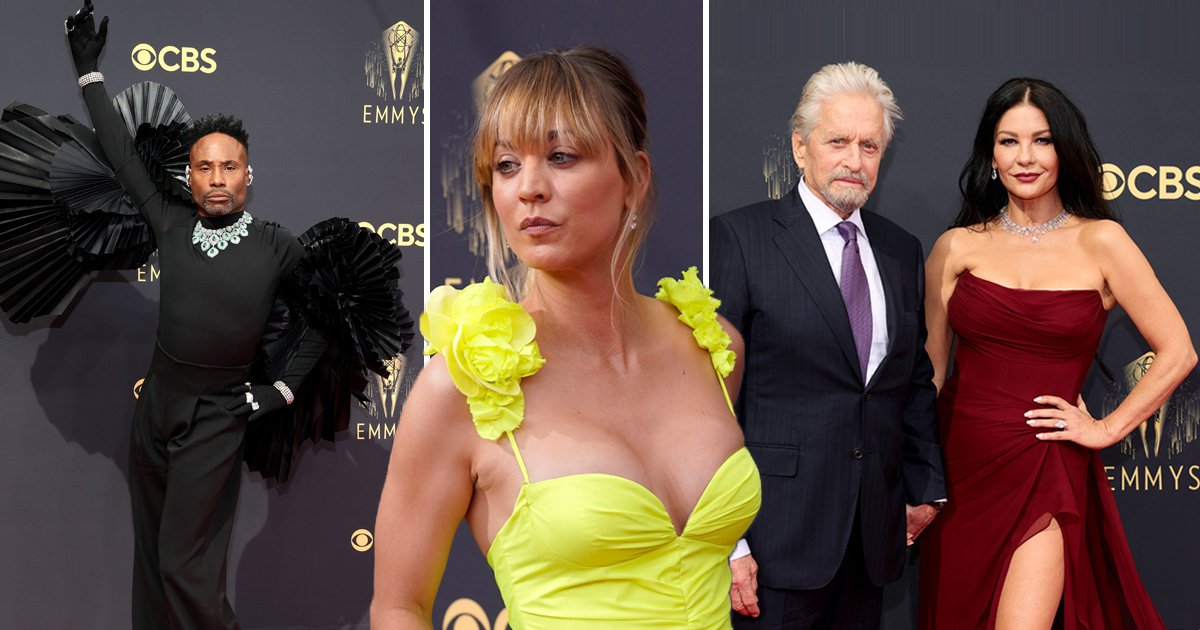 The Emmys 2021 have officially kicked off as the biggest names in the world of television pulled out all the stops for the welcome return of the live award ceremonies.

After a year and a half of zoom award ceremonies and canceled events due to the ongoing pandemic, celebrities were able to gather together in Los Angeles with a Covid-19 safe red carpet.

As household names came together to celebrate the best of TV, host Cedric The Entertainer led the pack with a vibrant teal suit, while actress Rita Wilson opted for a shimmering black trouser suit.

The Big Bang Theory star Kaley Cuoco ensured she turned heads in a striking yellow gown, as she celebrated her first lead actress nomination for The Flight Attendant.

Hollywood royalty Michael Douglas and Catherine Zeta-Jones oozed glamour as they prepared to see if Douglas would walk away with the gong for outstanding lead actor in a comedy series category for his work on The Kominsky Method.

The Crown star Josh O’Connor looked suave in a Loewe Tuxedo, while Nailed It! host Nicole Byers was a vision in her ruffled purple gown by Christian Siriano.

As the red carpet took place in LA, British stars also came together in London with the likes of Olivia Colman and Gillian Anderson making chic appearances.

Their co-stars Emerald Fennell and Emma Corrin also cut stylish figures on the night as they attend the Netflix celebration event.

Last year’s ceremony was aired from an empty Staples Centre in Los Angeles, with host Jimmy Kimmel welcoming viewers to the ‘pandemmys.’

Some stars did appear with Kimmel – such as Jennifer Aniston – to announce the nominees for a category, however the Friends star opted not to attend this year.

Others appeared live from video feed, with the winners giving their speeches from the comfort of their own homes.

Though only a few programs and stars can walk away with the win, all can agree the past year has been extraordinary for TV, with shows including Bridgerton, WandaVision and Mare of Easttown winning over audiences across the globe.

The Handmaid’s Tale season 5: June devastated as she learns Nick has secret child?

The sMothered Star Who Was On My Super Sweet 16