Kim Tate (played by Claire King) has become an Emmerdale icon over the years, with her ruthless attitude for business, her ‘don’t mess with me’ demeanour and witty one-liners. The actress first appeared playing Kim in 1989 and was seen on screen for ten years. She then left to pursue other opportunities and fans of the soap didn’t see Kim for 20 years until she made an epic comeback. Claire recently spoke out about why she returned to the ITV continuing drama and how it would be her final job before retiring from the industry. But her initial plan seems to have backfired as her character is front and centre of all the drama in the Dales currently.

“My return to the show was meant to be a nice little retirement job for me,” Claire said.

“But because Kim is at the centre of everything, it hasn’t really worked out that way.”

In recent scenes of Emmerdale, Kim has been plotting against the person who has been poisoning her and considering who her successor should be.

It comes after the Home Farm owner thought she was suffering from dementia but in fact, someone had been poisoning her.

“The challenge was that Kim wasn’t really losing her marbles, or developing dementia like her dad, but she thought she was,” Claire explained. 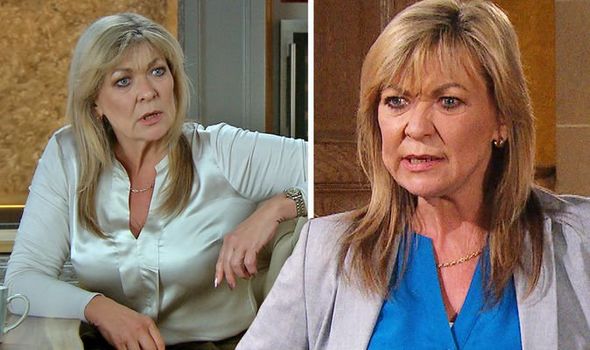 “It was a slow process of brain fogginess and confusion, forgetfulness, which is kind of me every day really.

“At my age it comes naturally,” she joked when speaking to The Sun on Sunday. “I was thinking as I read the scripts beforehand, ‘Well, I’ll just go on set and be me.’”

As for what Kim’s possible exit storyline could be, there has been recent speculation that she could be killed off.

At a recent press event, Emmerdale’s producer, Kate Brooks spoke about the change viewers have recently seen to Kim’s behaviour.

“Over the last few weeks we’ve seen her start to see her doubt not only her own sanity, but also the people she loves the most about who it is that’s trying to bring about her downfall,” she said. 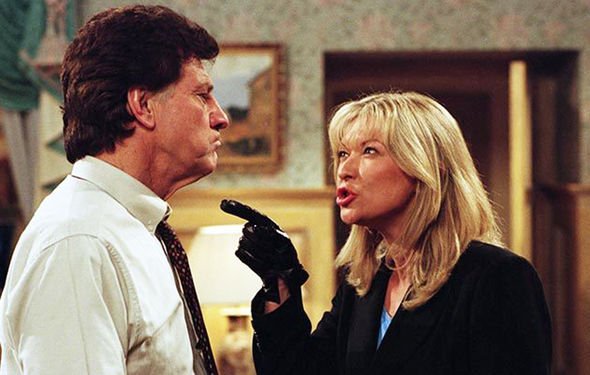 “As her paranoia reaches boiling point, she will stop at nothing to ensure she catches the culprit responsible for trying to instigate the downfall of Kim Tate.

“But as with all best laid plans, they all don’t go accordingly – will her plan to catch the person responsible bring about her own downfall?

“Will she end up paying the ultimate price? What happens to Kim and how does her plan backfire?”

Kate said upcoming scenes were going to be “laden with twists and turns”.

Is she hinting at Kim leaving the soap in a coffin as her plan backfires? 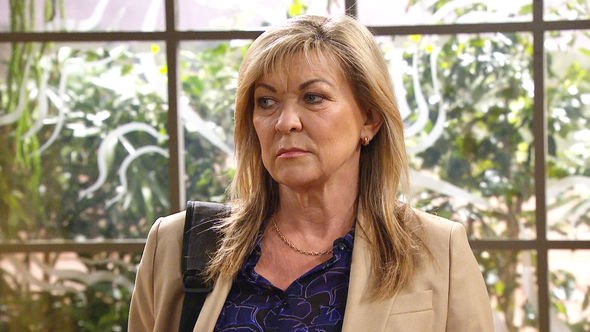 It wouldn’t be surprising if playing Kim is Claire’s last job.

Last year, Claire took some time off the soap because of her health.

The actress was diagnosed with rheumatoid arthritis at the age of 28 – a long term condition that causes pain, swelling and stiffness in the joints.

Filming in the cold makes her condition more painful and she was absent for a few months from Emmerdale as a result.

As for who could be poisoning the matriarch, Kim’s son, Jamie Tate (played by Alexander Lincoln) is a suspect. 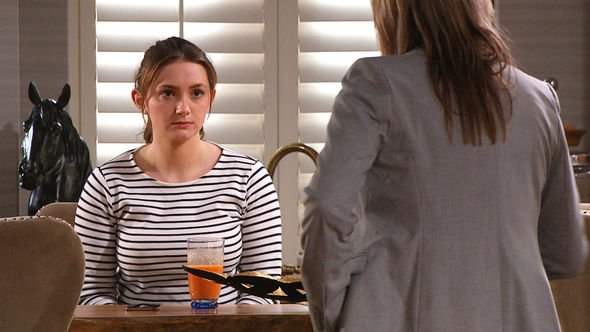 So is his girlfriend Dawn Taylor (Olivia Bromley) who has a motive because Kim tried to sabotage her chances of getting Lucas back and her relationship with Jamie.

There is also Will Taylor (Dean Andrews), Dawn’s father and Kim’s on-off lover.

Pregnant Gabby Thomas (Rosie Bentham) is also in the frame; having already stolen from Kim and using her unborn Tate baby as a bargaining chip as well she seems the most likely to be poisoning her mother-in-law.