The actress – who played Rachel Breckle in the ITV soap between 2011 and 2015 – is joining the cobbles for a four episode stint as man-eater Isla who catches the attention of Tyrone Dobbs.

Making her debut next month, Gemma’s Isla will cause chaos in Tyrone’s life after meeting him through their daughters.

They meet when her daughter Darcy attends a party with Hope, Tyrone’s daughter.

Flirty Isla suggests the four of them go for a milkshake together and later, as Hope and Darcy giggle over their milkshakes, Isla sets her sights on Tyrone further, suggesting they should meet up for a drink.

When Tyrone reveals to Fiz that he has agreed to a date with Isla, Fiz is furious but things are about to get even worse for unlucky in love Tyrone.

When Tyrone and Isla head out of the restaurant on their date, a man approaches and, introducing himself as Tony, Isla’s husband, punches Tyrone and sends him flying.

Gemma teased that Isla is worlds apart from Emmerdale character Rachel – but just as feisty.

She said: “Feisty! Then again, Rachel was too. I would say she is bold. I found her quite brave and courageous.

“She knows who she is and owns it. I think that was something Rachel struggled with, she was never heard.

“That storyline where her relationship with Sam broke down and she started hurting him, a lot of that was because no one was supporting her, and she felt the lowest of the low.

“Isla walks in, all fur coat and [no knickers] – well, she did wear knickers, don’t worry! You know the mink faux fur coat and gilet.

“She’s not afraid, to just own who she is and be a bit flirty. God forbid I use the word sexy, it’s not me because I’m not sexy at all!

“She felt like she was a sexy character. World’s apart [from Rachel].” 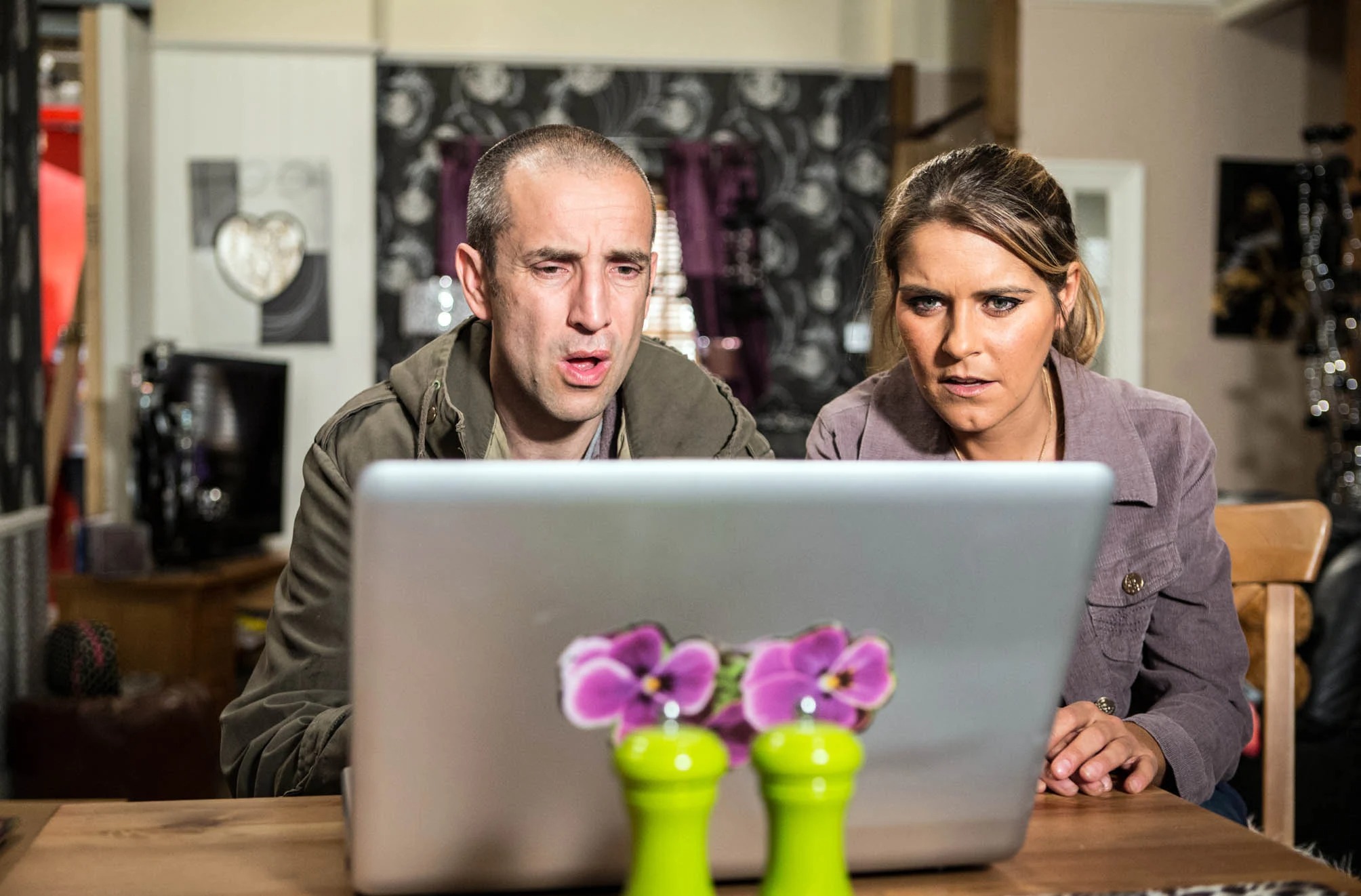