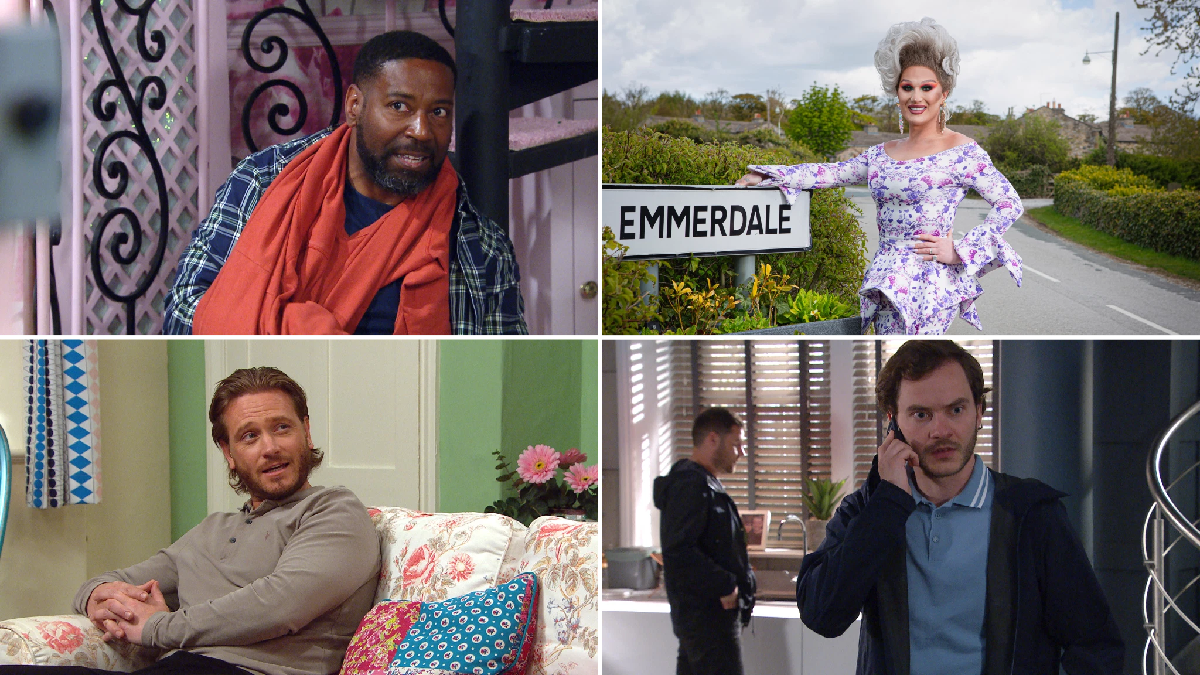 Meena spots the Pride collection tin, takes it and later makes it look like Jacob is the culprit.

Faith is determined to get Liv back on track.

The collection tin is missing. However, Meena’s plan backfires when David cancels their dinner plans, telling her Jacob needs him.

Tracy is doing everything she can to avoid spending time with Frankie for fear of hurting her.

Eric spots there is something wrong with Faith.

Jacob is suspicious of Meena and confronts her. At the same time, Leyla is back from honeymoon and ready to sort things out with Jacob.

As the Pride flags flutter outside the village hall, Emmerdale is ready for Pride thanks to the efforts of Andrea. She excitedly tells Charles she has booked an extra special guest to open the event and he is in awe of her.

Ethan makes an eloquent speech that offers a message of acceptance for all on behalf of Emmerdale Pride and the church and he welcomes special guest The Vivienne to the stage. In all her glamour and glory, she officially opens Emmerdale’s first Pride.

Ben tries to persuade reluctant Aaron to feel a bit of Pride, but he can’t help worrying about Liv.

Pollard continues to look out for Faith, who faces her fate at the hospital.

Brenda confides to David and Meena that she’s feeling neglected by Pollard, and she prepares a romantic surprise for him.

Andrea and Charles can’t resist each other in the salon. Poor unsuspecting Manpreet walks in, but how will she react?

Things are getting flirty between Aaron and Ben. However, Ben is stopped in his tracks by a mysterious and unwelcome phone call.

David and Victoria bond over their babies.

Faith begs Pollard to keep her situation from her family until she knows for sure what she’s facing.

Pollard explains that he sympathises but won’t throw away his relationship with Brenda – Faith needs to tell Brenda and her family today.

'The Bachelorette': Which Contestant Is Trying to Win Katie Back?