Charity (played by Emma Atkins) has been struggling to cope without Vanessa (Michelle Hardwick) by her side over the last few months on Emmerdale. Not only has she had to look after her step-son Johnny (Luca Hepworth), she has had to fight his father Kirin Kotecha (Rish Shah) for the right to adopt the youngster. With the process now going forward and things starting to look up for The Woolpack owner, upcoming episodes on the ITV soap will see her world come crumbling down as it seems she might have lost contact with the youngster, and her bride-to-be, for good.

Although secrets like this stay harboured for several months, The Woolpack owner will seemingly confess all as Vanessa is left furious with her fiancée’s behaviour.

As a result, the mother-of-four soon turns to the bottle to drown her sorrows over the state of her relationship.

Tracy Metcalfe (Amy Walsh) doesn’t help matters when she tells the troubled character she brought all of this on herself and her sister would be better off without her.

Coming up with a plan to win over her bride-to-be, the village vixen asks Johnny’s auntie if she can take him to see his mother. 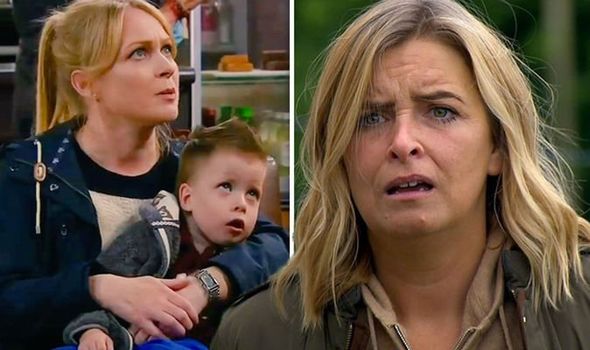 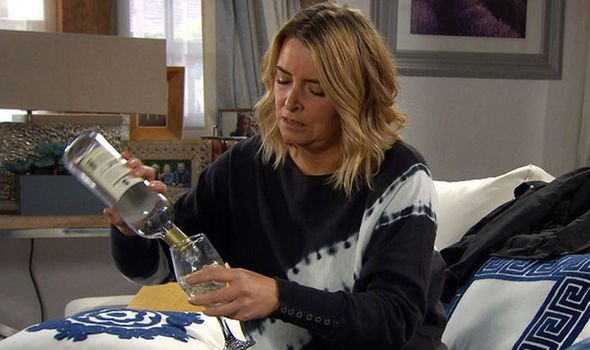 However, heartbreak soon hits home as Tracy informs Charity the youngster is already with his mother and is now living away from the village.

Therefore, it seems any hopes of the pub owner adopting the toddler are off the cards and the couple’s future looks bleaker than ever.

Just when she can’t handle any more bad news, her sister-in-law-to-be drops another bombshell which turns the troubled character’s life upside down.

Will she live to regret the day she ever cheated on Vanessa and is there any chance of reconciliation for the pair? 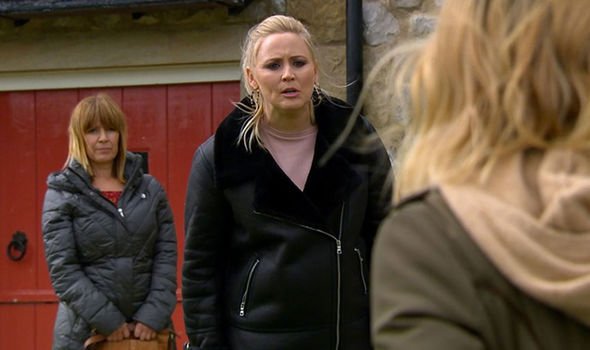 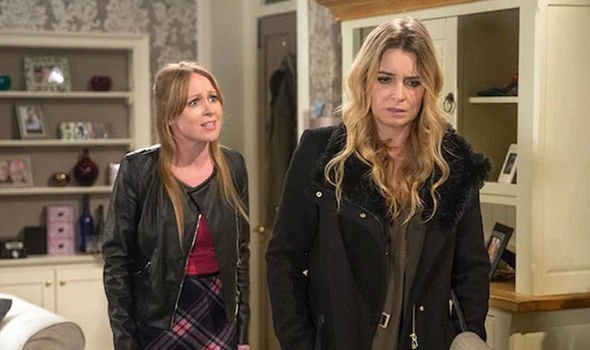 Speaking on Tuesday’s edition of This Morning, Emmerdale writer Sharon Marshall, 49, teased what was to come from the storyline.

“Our Charity, she’s a mess. She gets it into her head that Vanessa doesn’t want to be with her,” the soap writer began.

“Charity thinks Vanessa is having an affair,” she continued, explaining why the mother-of-four goes on to kiss Mackenzie.

On whether this is the end for the couple, Sharon said: “On my Twitter feed, I am seeing your messages and I am hearing everyone.”

Of course Vanity isn’t over

“Of course Vanity isn’t over. We know you love them, we love,” the soap writer assured anxious fans watching at home.

Sharon explained this has been done as Vanessa actress Michelle, 44, has recently given birth to her first child off-screen.

What this means for Charity, the soap reporter explained: “This is her getting something wrong in her head.

“She does her usual thing of self-destruction, of being an idiot and being hedonistic,” she continued, before saying there is a deep-rooted love between the pair.

After 20 years on-screen and several different love interests, it seems Charity has finally found the love of her life in Vanessa.

Actress Emma, 45, said of her alter-ego’s relationship: “I feel very proud of the storyline and the fact it’s been so well received.

“The beauty of the storyline was the fact there was something else going on, much more deep-rooted.

“It is maybe due to the fact Charity and Vanessa are very real and their relationship is packed full of differences. They are polar opposites and yet somehow it works,” the soap star told Digital Spy.

'RHOA': Eva Marcille Confirms She Is Leaving the Show, Reveals Why