Emmerdale viewers threw on their detectives hats, after Monday night’s episode left them trying to figure out who is behind the destruction of Leyla Harding’s (Roxy Shahidi) business. The wedding planner found her office trashed last week and it seems that was just the start of the sabotage.

While Leyla was trying to figure out who could be behind the vandalism, she immediately pointed the finger at Leanna Cavanagh (Mimi Slinger).

The teen had it out for Leyla ever since she found out about her and her dad Liam’s (Johnny McPherson) secret romance after his engagement to Bernice Blackstock (Samantha Giles) was called off.

When she confronted Leanna, she outright denied the accusations and ended up with a slapped face as Leyla refused to believe her.

On Monday, fans watched as a new wave of destruction hit the business as Leyla received numerous cancelled bookings, false reviews and negative comments on her website.

Worrying that her livelihood is in jeopardy by the sabotage, she began wracking her brain as to who could be behind it. 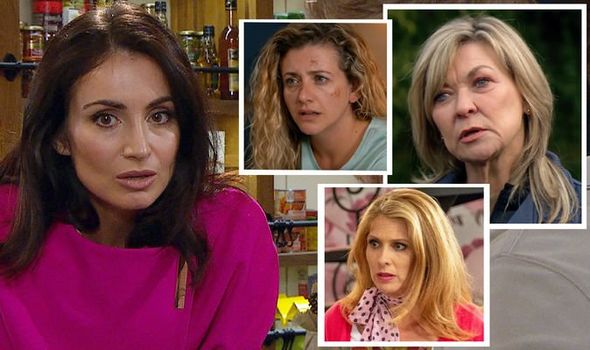 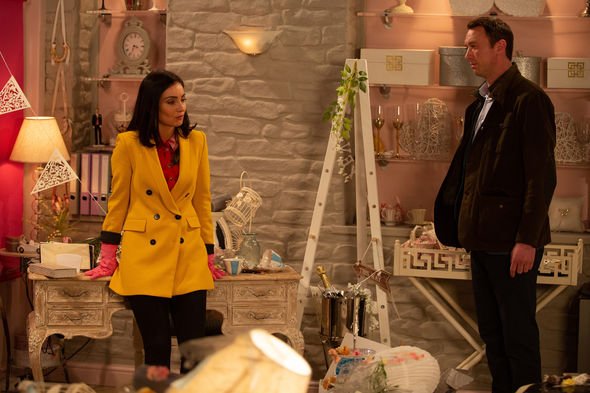 She wondered whether the infamous Kim Tate (Claire King) could be the one to have instigated a war between the pair, as payback for helping Andrea Tate (Anna Nightingale) plot against her son Jamie Tate (Alexander Lincoln).

We won’t put it past Kim, her menacing streak knows no limits!

While Leyla was doing her own detective work, viewers had suspicion of their own and took to Twitter to share their thoughts on the matter.

One agreed with the wedding planner: “I agree with Leila that it’s Kim that’s getting the clients to drop her. Nice side benefit of messing with Andrea too.”

Second said: “Must be Kim.” 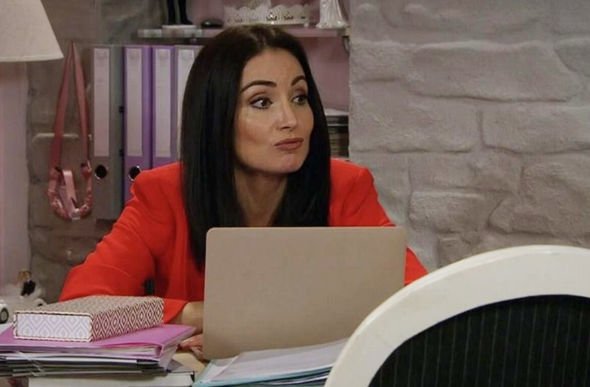 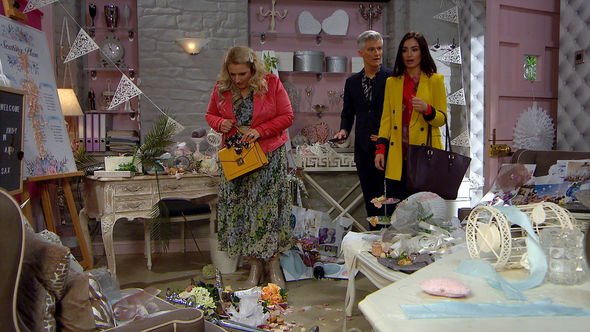 While many began to blame the vixen for the deliberate destruction, others began to think outside of the box at other potential suspects that have a negative connection to Leyla and could be looking for revenge.

“Is Kim really the one behind trying to ruin Leyla’s business? Or maybe it’s actually Maya back for revenge?”(sic) someone wondered.

Another added: “Maya is coming back.”

A third viewer said: “I reckon Bernice may be involved in the sabotage of the salon”.

Taking the law into her own hands, Leyla hit her over the head with a rock and left her in the woods.

So even thought Maya has no leg to stand on, she isn’t happy with the mother of the boy she claimed to love.

Plus, she was married to Liam so… there’s that.

However, Emmerdale bosses confirmed last year that the pedophile won’t be returning to the Dales, as actress Louisa Clein isn’t re-joining the soap’s cast permanently following her shock cameo in November last year.

Viewers were stunned as Maya made an unexpected appearance in the closing scene of the hour-long episode, which revealed that she is pregnant with what was then revealed as David Metcalfe’s (Matthew Wolfenden) baby.

ITV have been exploring Jacob’s recovery process after the manipulative ordeal – could they have changed their minds about the return of the evil school teacher?

Bernice might also have a bone to pick with Leyla after she affectively “jumped into her grave” as the saying goes, with her ex fiancé Liam.

The day before their wedding, Bernice got an urgent call that her ex-husband Charlie had had a serious accident and suffered a stroke in Australia.

She ended up rushing to the airport with youngest daughter Dee Dee (Mia Gibson-Reed), who was visiting the UK for her mum’s nuptials.

A devastated Liam promised to wait for her return but it sadly wasn’t meant to be, as he got a call from Bernice who called off their wedding, engagement, the lot.

Now he’s moved on, could she be plotting her revenge?