Emmerdale resident Marlon Dingle (played by Mark Charnock) is currently experience raw heartbreak after he found out his wife, Jessie Dingle (Sandra Marvin) had an affair. During tonight’s instalment, as the Dingle family gathered around him to pick him up and make sure he was ok, someone said a worrying statement in the final scene. Is Al Chapman in danger?

The former headteacher and her ex-partner Al’s steamy moment was interrupted by the return of Mandy Dingle (Lisa Riley) last week and the loud-mouth, leopard-print-lover wasted no time in telling the whole family about Jessie’s betrayal.

Last night, Jessie left for Dubai, where she has taken up a new job opportunity, but she departed the village on her own as her two sons, Billy Fletcher (Jay Kontzle) and Ellis Chapman (Asan N’Jie) decided to stay in the Dales.

During tonight’s episode of the soap, Marlon continued to mope around, but at one point he came face to face with the man who helped end his marriage.

Al, who is the father of Ellis has decided to stay, claiming the business he has nearby needs his attention. 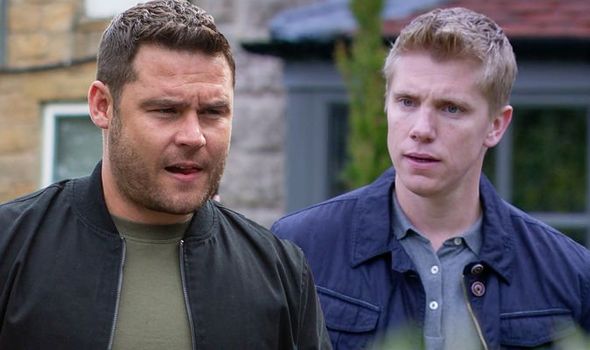 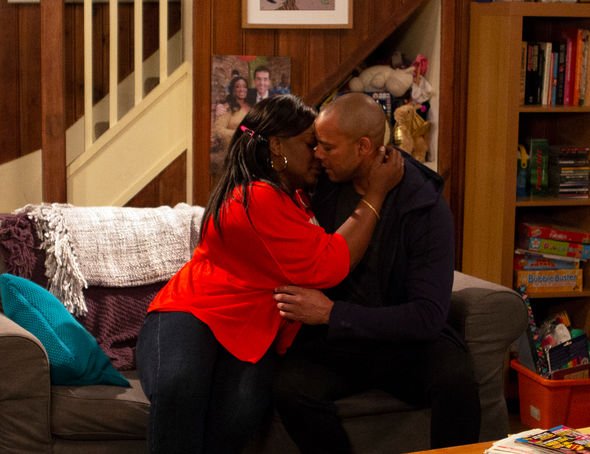 Unfortunately for Marlon, this meant running into him in the village, and Al did not have anything nice to say to him.

Instead, the Woolpack chef was provoked, mocked and ridiculed by Al, but Marlon refused to fall into the trap.

Towards the end of the instalment, there was a very touching scene between Marlon and his family, but it was what Robert Sugden (Ryan Hawley) and Aaron Dingle (Danny Miller) which left those watching at home worried.

“We’re going to go back to yours, sink some cans and play some games, alright?” Paddy Kirk (Dominic Brunt) said to his friend. 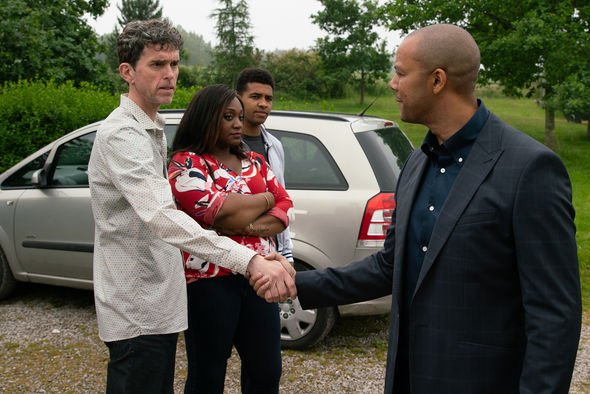 “See if my lodgers/stepsons have moved out. I really don’t want them to move out.” Marlon replied.

“In spite of everything, I love having them around and April loves them like brothers. Why would they give up that to live with him?”

Paddy interjected: “I think you’ve done enough worrying about them two, tonight’s about you.”

“I don’t now what I’d do without you lot,” Marlon sincerely remarked looking around at his family members.

Chas Dingle (Lucy Pargeter) added: “We don’t know what we’d do without you. You’ll get through this, Paddy take good care of him.”

As Marlon and Paddy walked away, Chas stood in the doorway of the makeshift pub and was joined by Robert and Aaron.

“Poor Marlon, he’s in bits! You know what, if I wasn’t pregnant I would’ve smacked that arrogant prat myself,” Chas remarked frankly.

“It would be too easy that though wouldn’t it?” Her son Aaron replied.

“Thinks he can do what he wants, when he wants.”

Turning to his husband, Aaron smirked and said: “Well, maybe he needs to learn that he can’t.“

The camera then zoomed in on the scrap yard dealers face which had changed from a smirk to a stern stare.

Does this mean Aaron is out for revenge as he tracks down and targets Al for hurting Marlon?