ELLEN DeGeneres is calling time on her talk show after 19 series – and some seriously savage interview moments.

The TV star, 63, said her "instinct" told her it was the right time to end The Ellen Show, and that the decision had nothing to do with allegations of enabling a "toxic work culture" made against her last year. 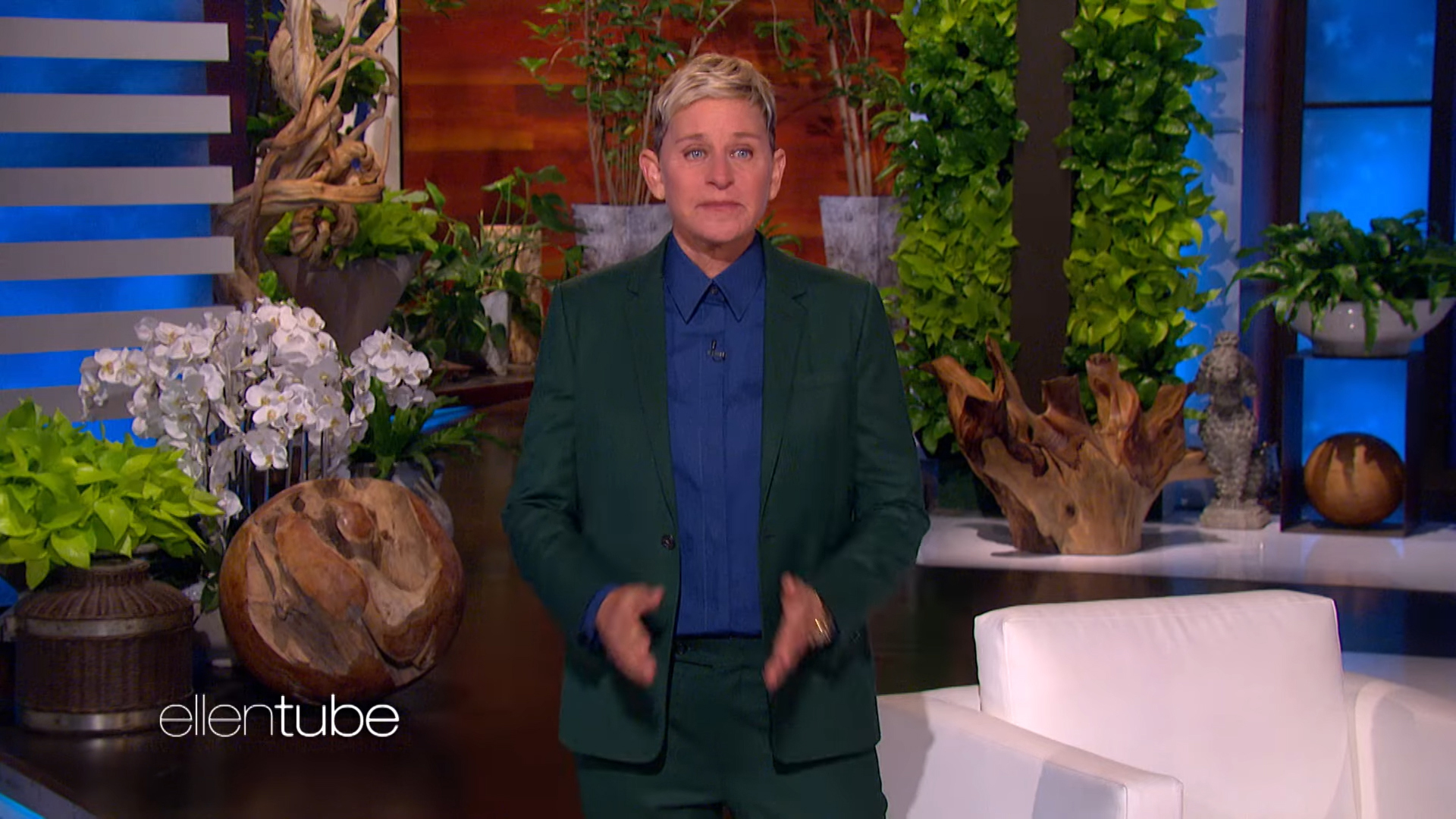 But whatever happened behind the scenes, viewers of the chat show have been shocked by some of the truly shocking interviews with celebs that made it onto the air.

From Taylor Swift being left 'close to tears' when she was mercilessly quizzed about her exes, to that very tense birthday disagreement with Dakota Johnson, there have been some truly awkward moments over the years.

And even audience members have been caught in the firing line – with one left mortified when she was secretly filmed stealing goodies, before Ellen called her out on TV in front of the world. 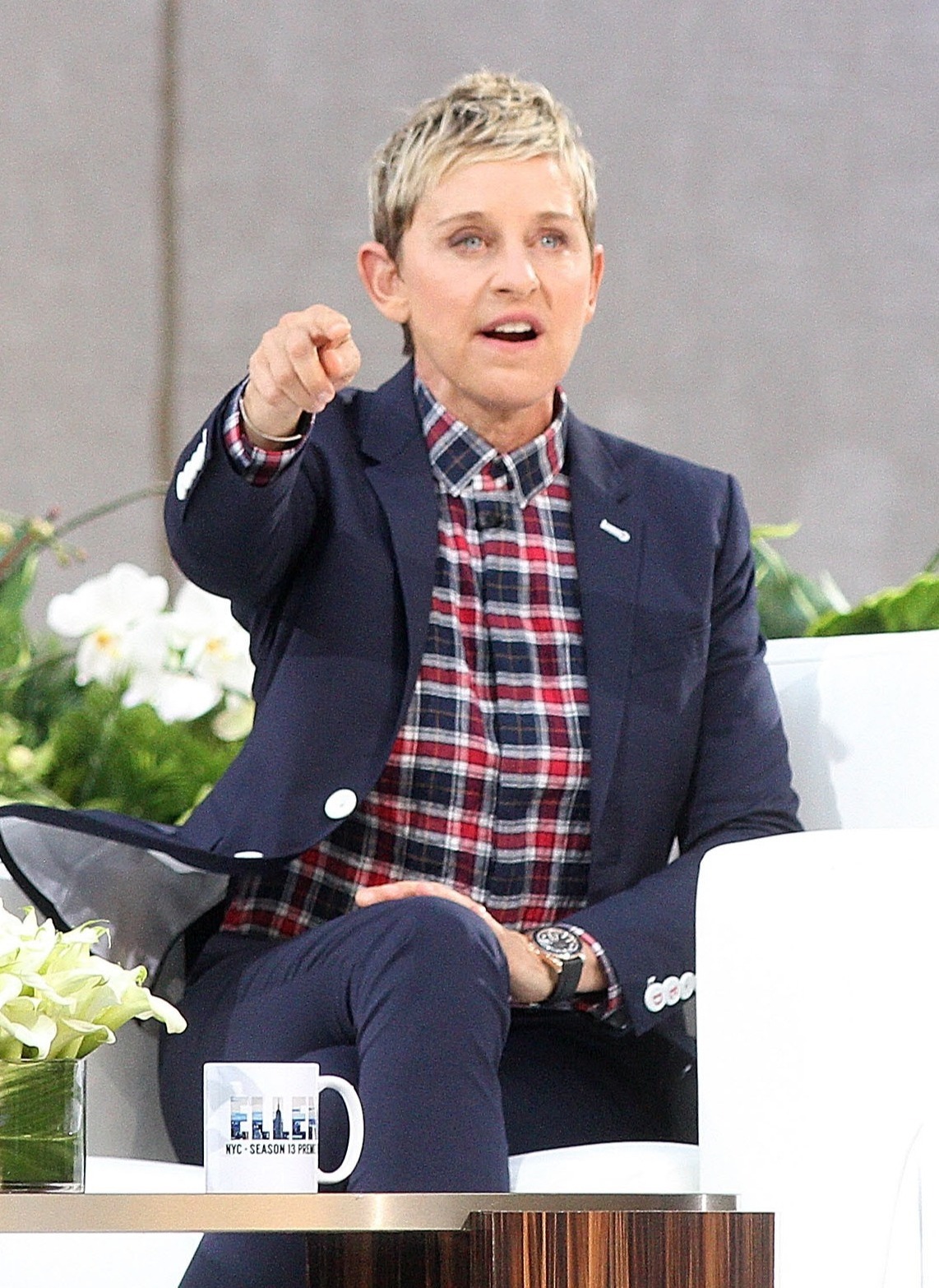 One of the most recent interviews to go viral for all the wrong reasons was Ellen's chat with Fifty Shades star Dakota Johnson, 31, at the end of 2019.

In an incredibly tense moment, Ellen attempted to claim she hadn't been invited to Dakota's birthday party, only for the actress to reveal she had – and she'd actually blown her off. 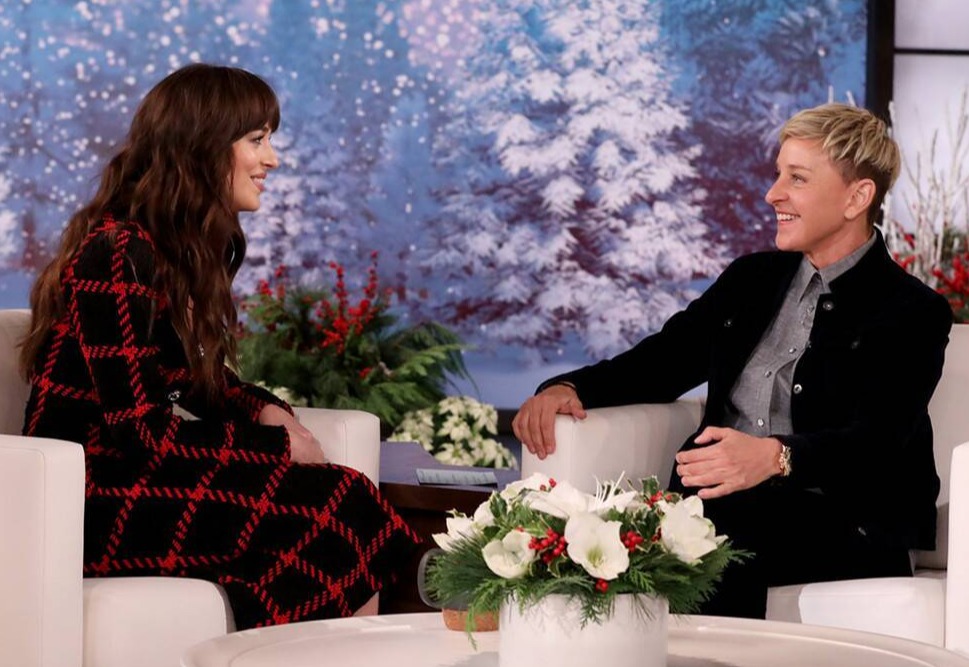 “How was the party? I wasn’t invited," Ellen quipped.

"Actually, no, that’s not the truth, Ellen,” Dakota then announced to the audience's delight.

The actress said she invited the host after she gave her a hard time about not being invited last year.

“Last time I was on the show, last year, you gave me a bunch of s**t about not inviting you, but I didn’t even know you wanted to be invited,” she said. 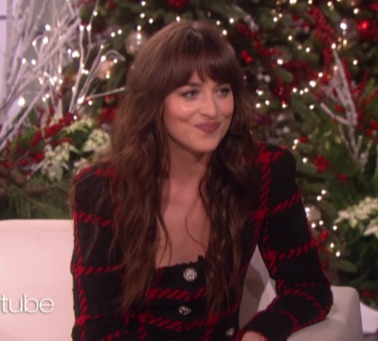 For once, Ellen appeared to be lost for words on her own show: “Well, who wouldn’t want to be invited to a party?” she asked.

“Well, I didn’t even know you liked me,” Johnson replied, to the presenter's horror.

“Of course I like you. You knew I liked you," Ellen then said, before an incredibly awkward silence.

The clip sparked a wave of comments from viewers on YouTube, with one writing: "This interview is so passive aggressive," while another added: "The beginning of the end for Ellen. Dakota is a trailblazer." 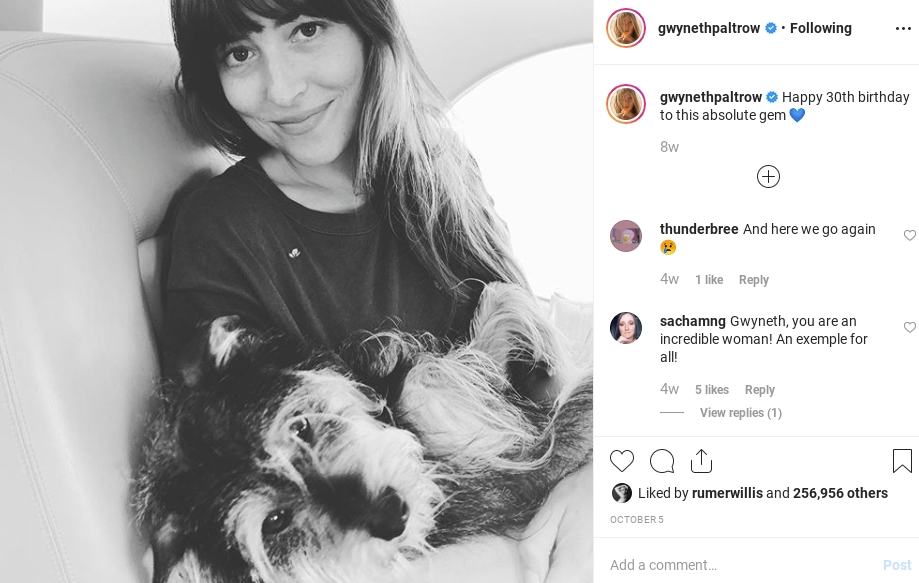 Killing Eve star Jodie Comer may have earned major credit for her incredible accents here in the UK – but Ellen ended up leaving the actress very red-faced when she questioned her over them on the show last year. 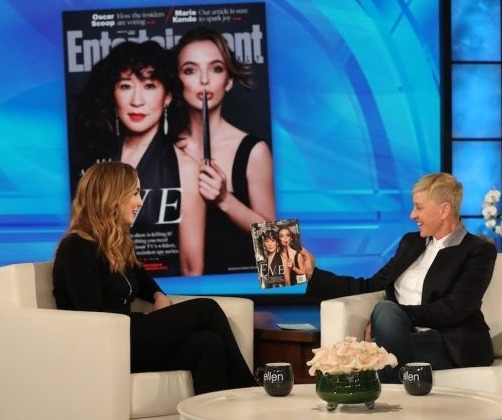 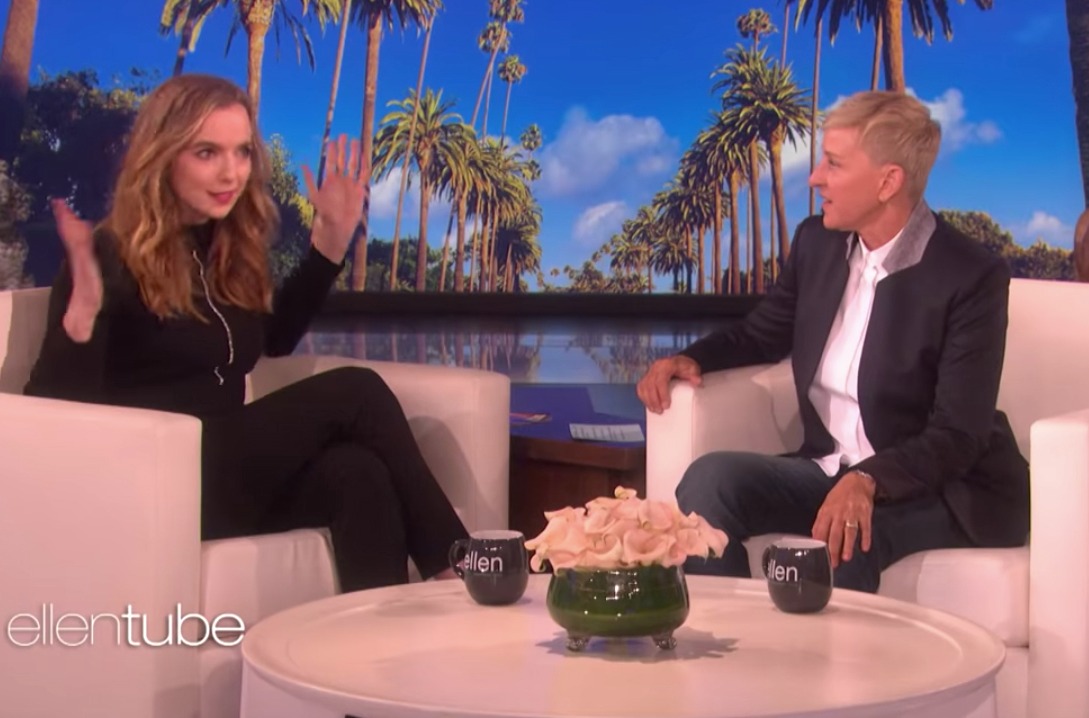 Jodie's character, assassin Villanelle, is known for adopting different accents as she takes on different personas for each murder – but it wasn't this character that Ellen picked out.

Instead, she began by praising her for her “American accent” as Kate Parks on Doctor Foster.

Clearly very embarrassed, Jodie quickly replied: “No she was British…” 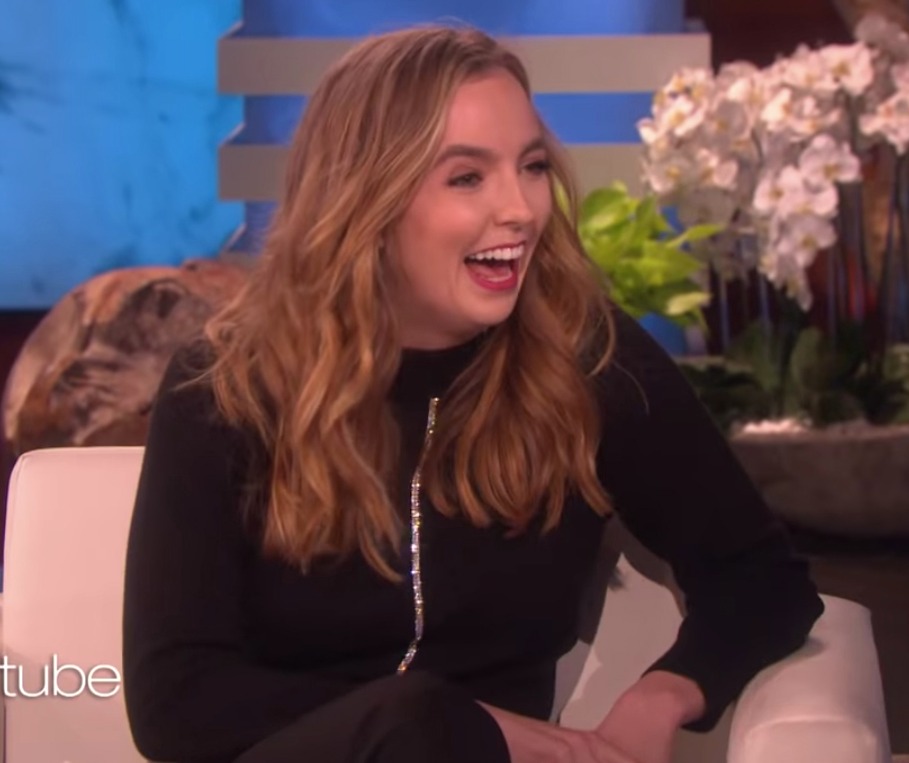 As Ellen appeared shocked by the mistake, Jodie added: “Oh I didn’t do a good job there. She was British, she was from London.”

Luckily she was able to laugh off the incident shortly afterwards – but not all fans were able to let it go so quickly.

One even wrote on Twitter shortly after: "It didn't sound as though @TheEllenShow knew the first thing about Jodie or either show she mentioned. "

One of the most difficult interviews to watch came in 2012, when Ellen repeatedly quizzed Taylor Swift about her exes – despite the singer expressing how uncomfortable she felt. 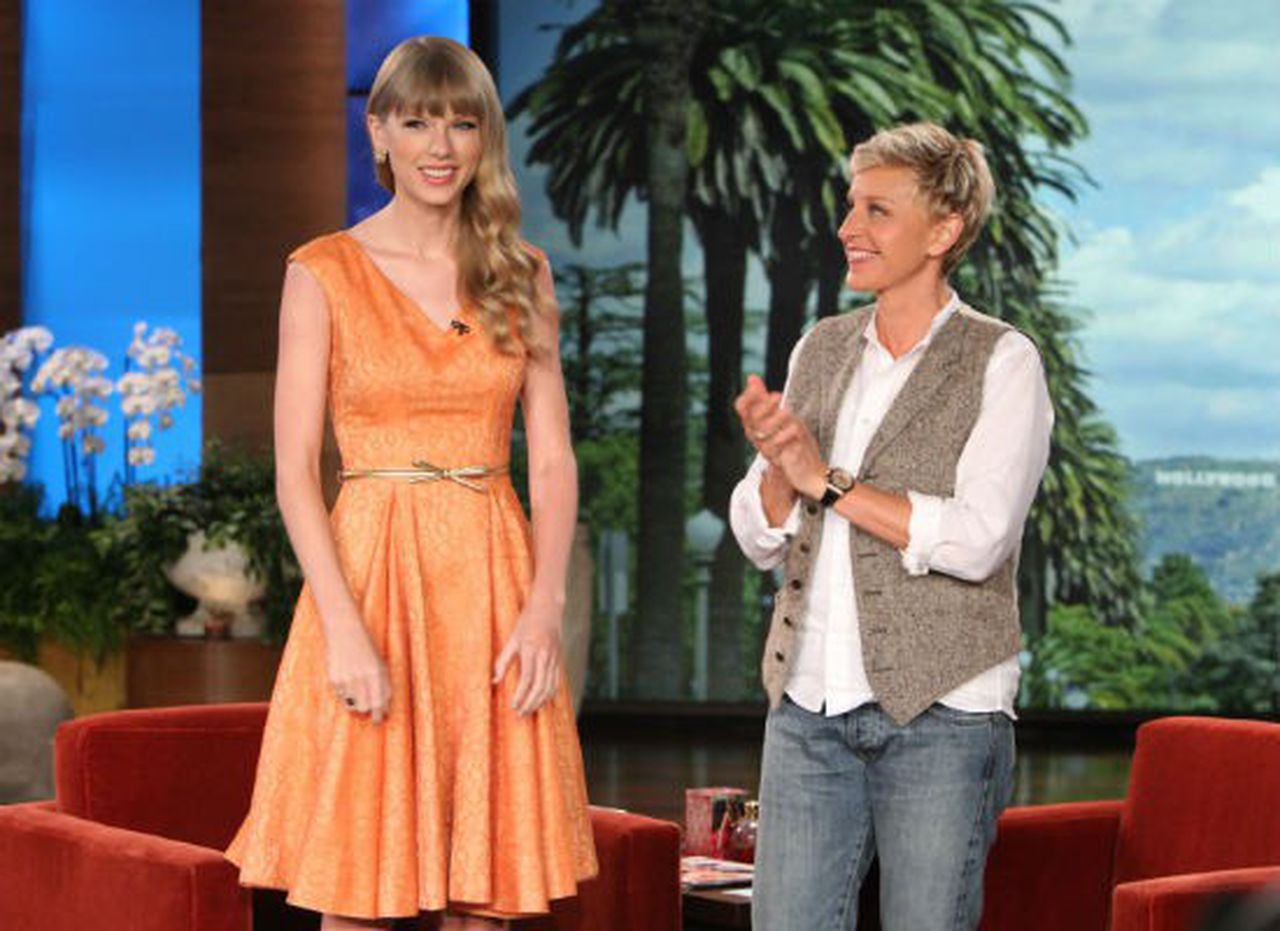 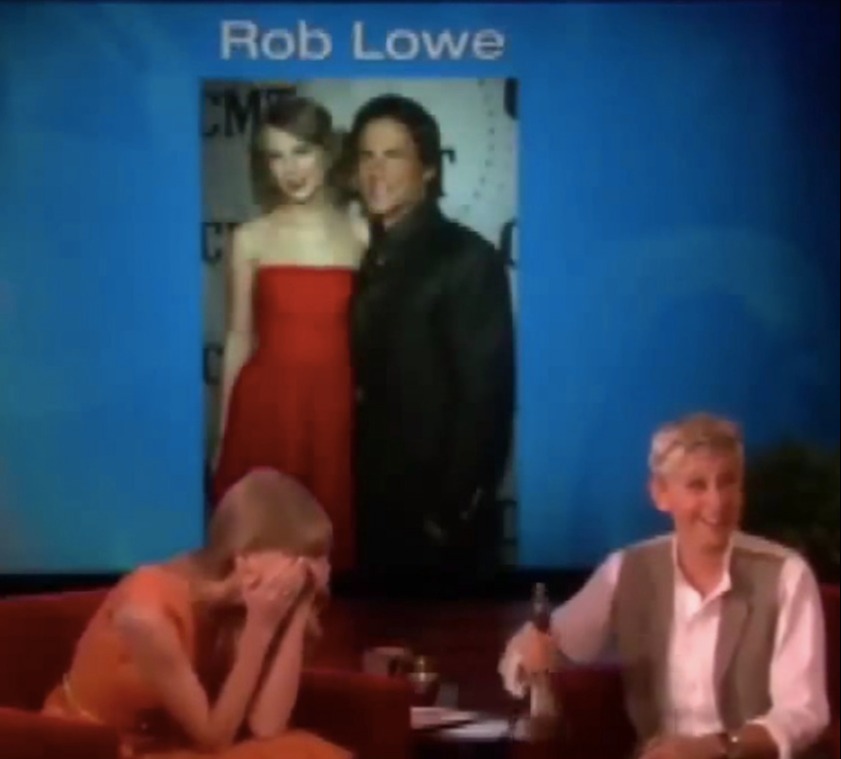 The segment began with Ellen insisting Taylor had dated Zac Efron – despite her point blank denying it.

It then developed from there, as a slideshow of the men Taylor has previously been linked was played behind her.

When asked to buzz the one she'd recently penned a song about, Taylor appeared completely mortified and refused, saying: "I don't want to, I don't want to, please stop." 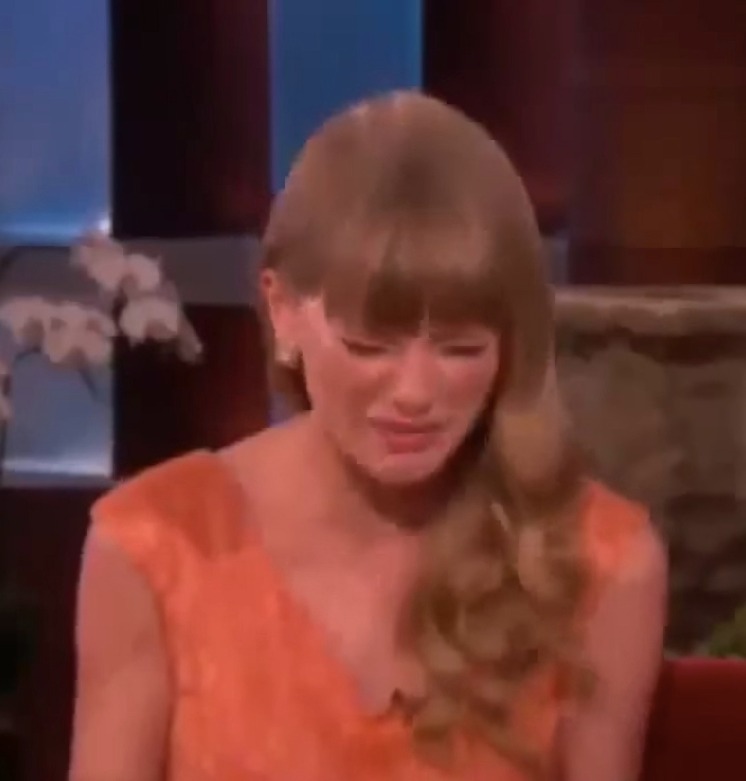 Appearing close to tears, she then put her head in her hands and said: "Every time I come up here you make me feel so bad about myself by putting a different dude up there on the screen and it really makes me question what I stand for as a human being."

The pair have remained firm friends in the years since all the same – but not before fans claimed the cruel trick was "torture" for the singer.

Hasan Minhaj calls host out over mispronunciation of name

Ellen's interview with comedian Hasan Minhaj earlier last year sparked a major debate when he was forced to call the host out for mispronouncing his name.

When Ellen first asked if she was saying it correctly, Hasan immediately said "no" – to which she bizarrely attempted to argue it, and said "yes". 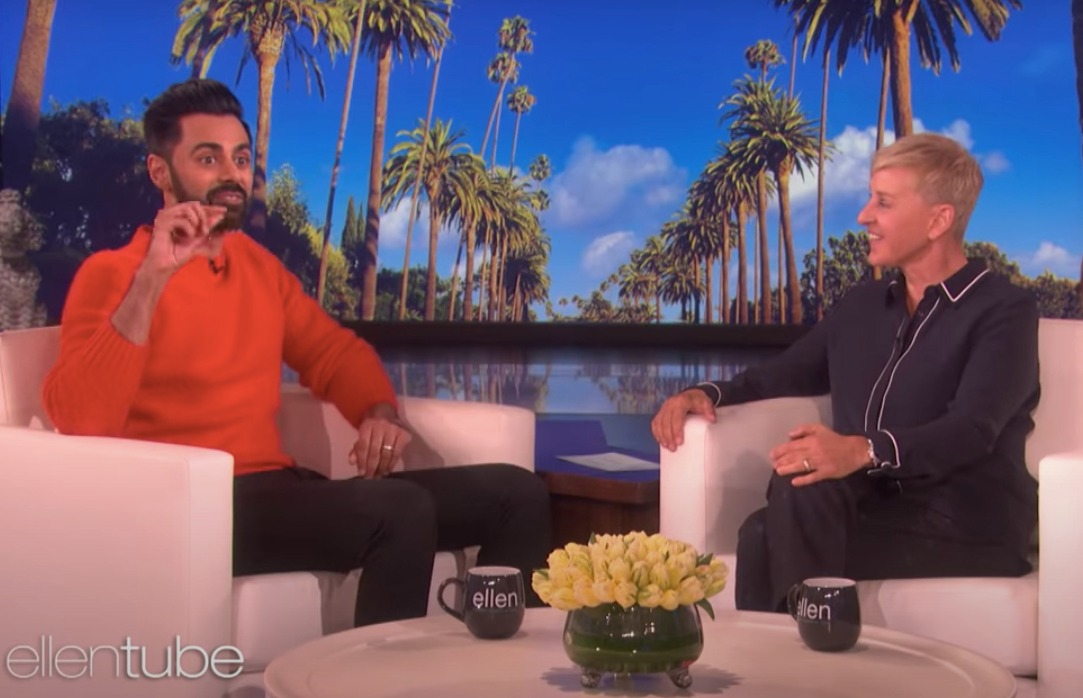 Stopping the discussion, Hasan chose the opportunity to talk through the many years he'd been forced to deal with people saying his name wrong – before teaching Ellen exactly how to say it.

Hasan later spoke out about the appearance, and revealed he chose to call Ellen out after seeing his mum in the audience at the time.

“I looked in the audience… and [my mum] kind of cringed,” he said on an episode of his Netflix show, Patriot Act with Hasan Minhaj. “And I was like, ‘Dude, what am I doing?’ I have a show with my f***ing name on it." 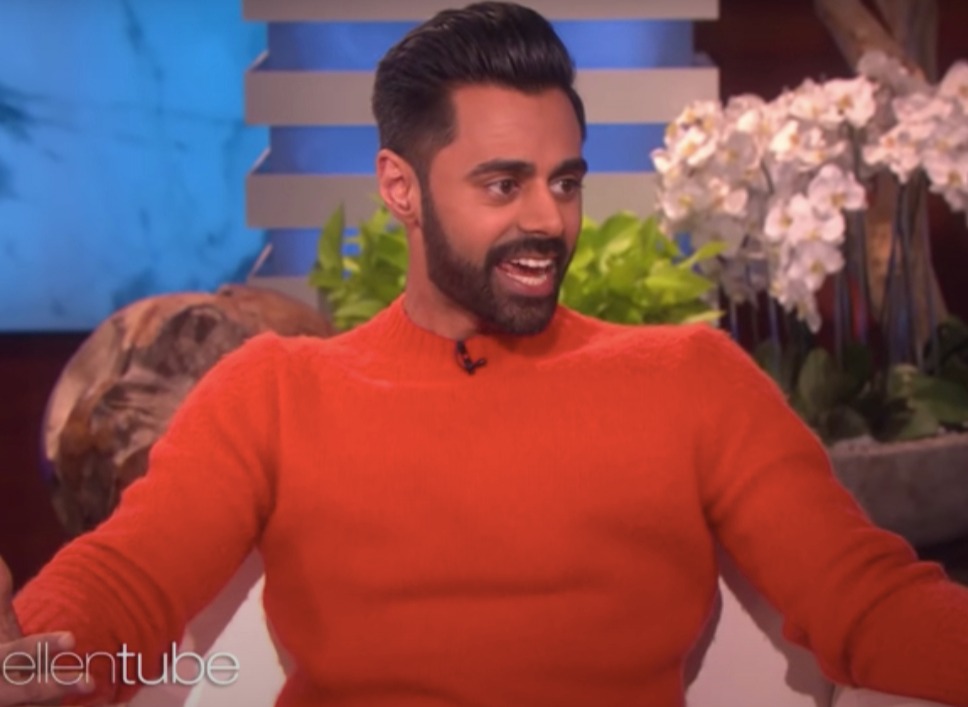 After watching the clip on YouTube, one viewer commented: "It's looks like Hasan is interviewing Ellen.. TheHasanShow." Meanwhile another added: "Basically, HM: 'That's not my name' Ellen: 'It is!' Erm…"

If there's one thing you don't do, it's criticise a guest's child's appearance – but Ellen went there when she invited Celine Dion on her show in 2007.

Pulling up a photo of the singer's child on screen, Ellen said to her: "Look at him. He is beautiful but look at his hair. When are you going to cut that hair?" 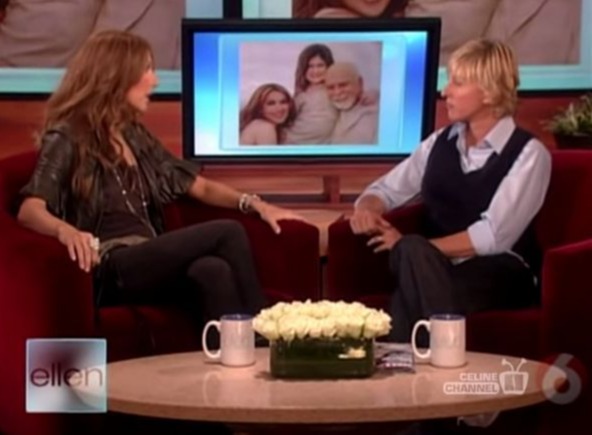 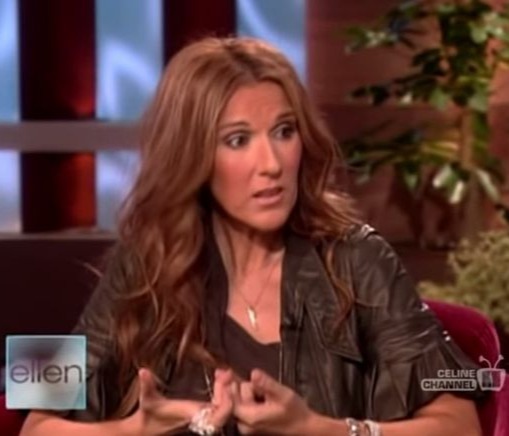 Defending it, Celine asked if the host had a "problem" with it, before adding: "Some people shave the head of their children, and people say, 'Oh, isn't that terrible?'

"Well, I don't even cut my son's hair and they say, 'Oh my god, when is she going to cut her son's hair?' You know? Whatever I will do, I won't please everyone."

It prompted some angry comments from viewers on YouTube, with some branding Ellen's comments "rude" while another added: "Celine Dion played that off so well lol. Ellen was EMBARRASSED."

In yet another tense moment, Ellen came under fire when she repeatedly attempted to persuade Mariah Carey to confirm she was pregnant on air in 2008. 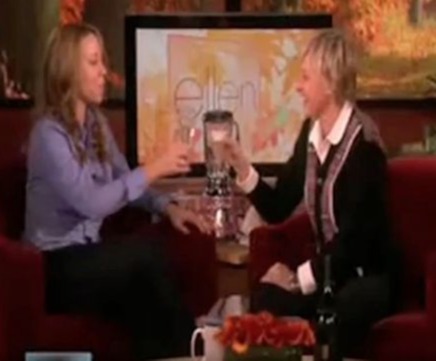 With rumours circulating about the news at the time, Ellen suggested it was time Mariah confirmed it once and for all.

While the host appeared to let it go when Mariah ignored the question, she instead reached for two champagne glasses and said: "Let’s toast to you not being pregnant if you’re not pregnant."

Mariah then responded: "I can't believe you did this to me, Ellen. This is peer pressure."

Eventually holding the glass up, Mariah simply said it was "too early" for a drink, which got cheers from the audience. 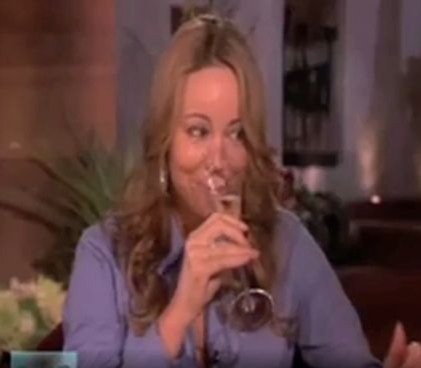 Tragically, weeks later Mariah went on to have a miscarriage.

The interview has since come under fire all over again, with some fans accusing Ellen of "forcing" Mariah to confirm her pregnancy before she was ready.

Nicole Kidman called out on her clap

While some interviews are downright mortifying, others are hilariously cringeworthy.

Nicole Kidman left fans in hysterics when she began clapping in a very bizarre way at the Oscars in 2017, with some even comparing it to a "seal" – so the last thing she needed was to have it shown in front of Ellen's entire audience. 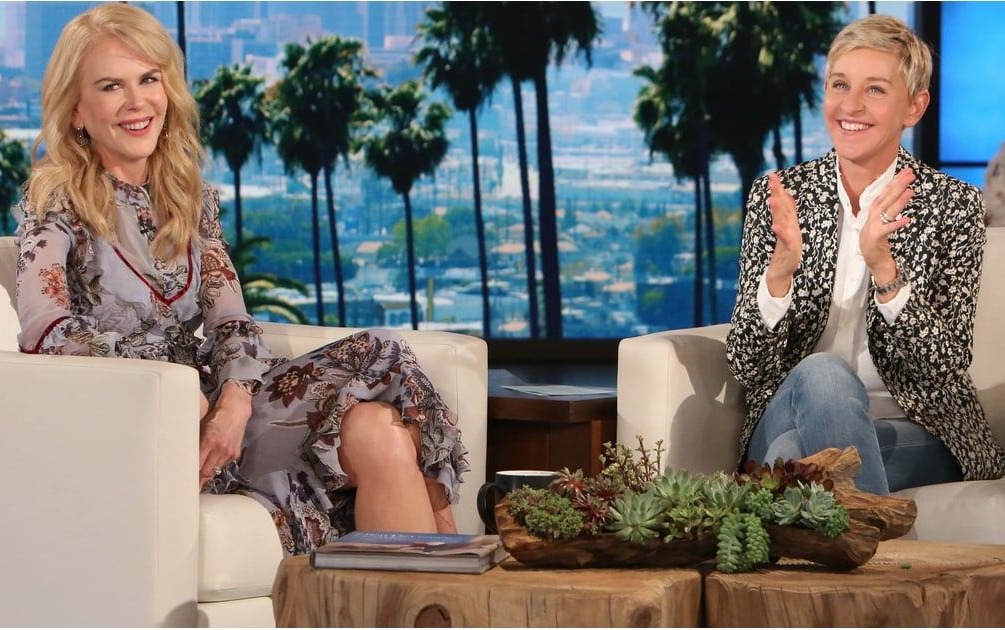 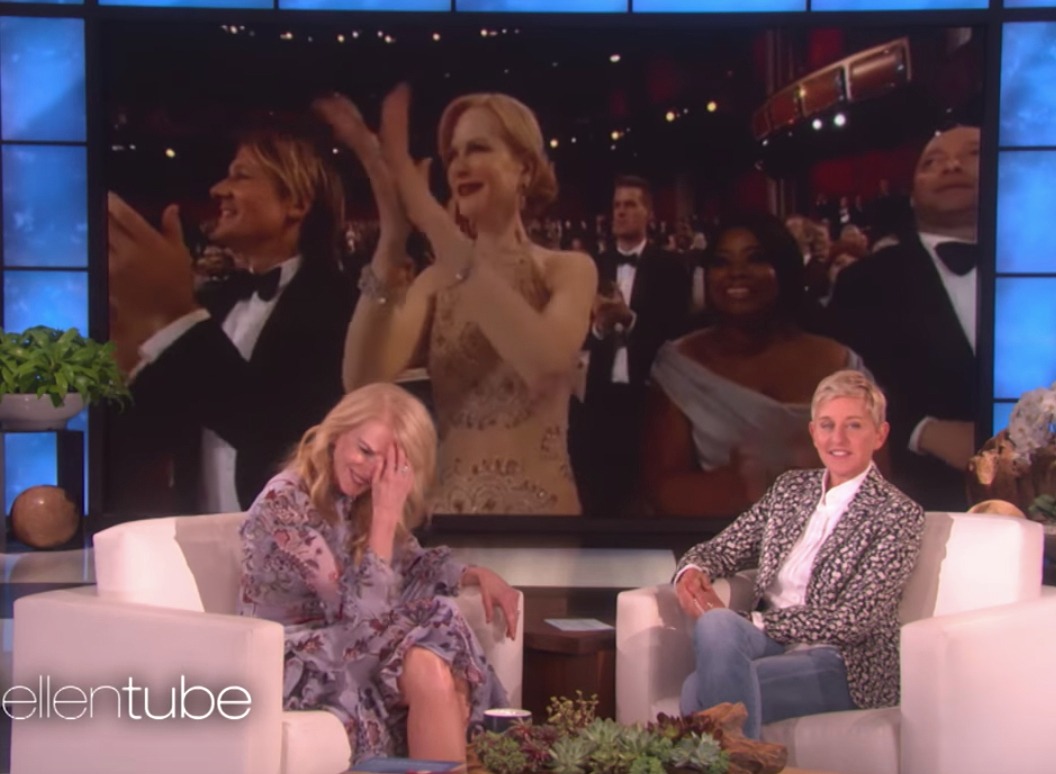 But that's exactly what happened months later – and the actress appeared horrified throughout.

“You got a lot of attention for the way you were clapping [at the Oscars],” Ellen said, to which Nicole replied: “Ellen!” 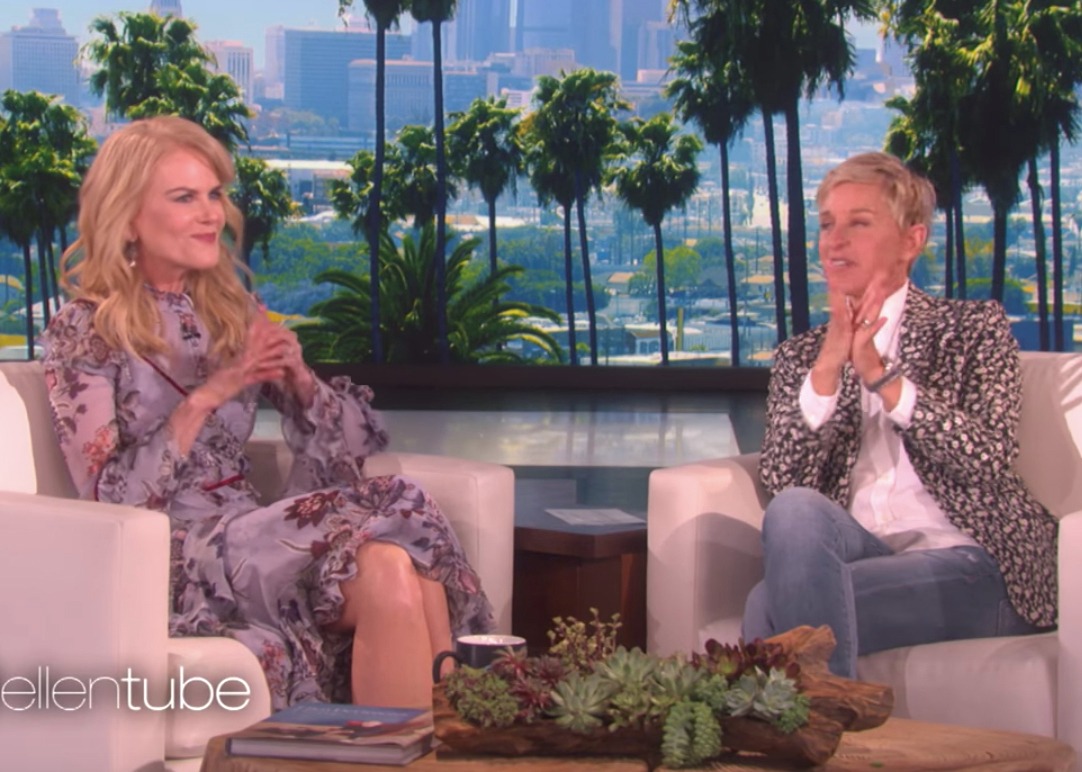 Keen to keep the discussion going, Ellen added: “The lens didn't do it to anybody else's fingers! How can you make any noise like that? You're not even really clapping.”

Nicole then finally explained: "You borrow these expensive jewels, and I'm like, ‘I must not damage these diamonds! Cause I have to give them back at midnight!' And so I'm like, clapping.”

Who doesn't want to relive one of their most embarrassing moments after all?

Audience member singled out for stealing

However, possibly the most embarrassing moment came when Ellen singled out a member of her audience for stealing in 2017. 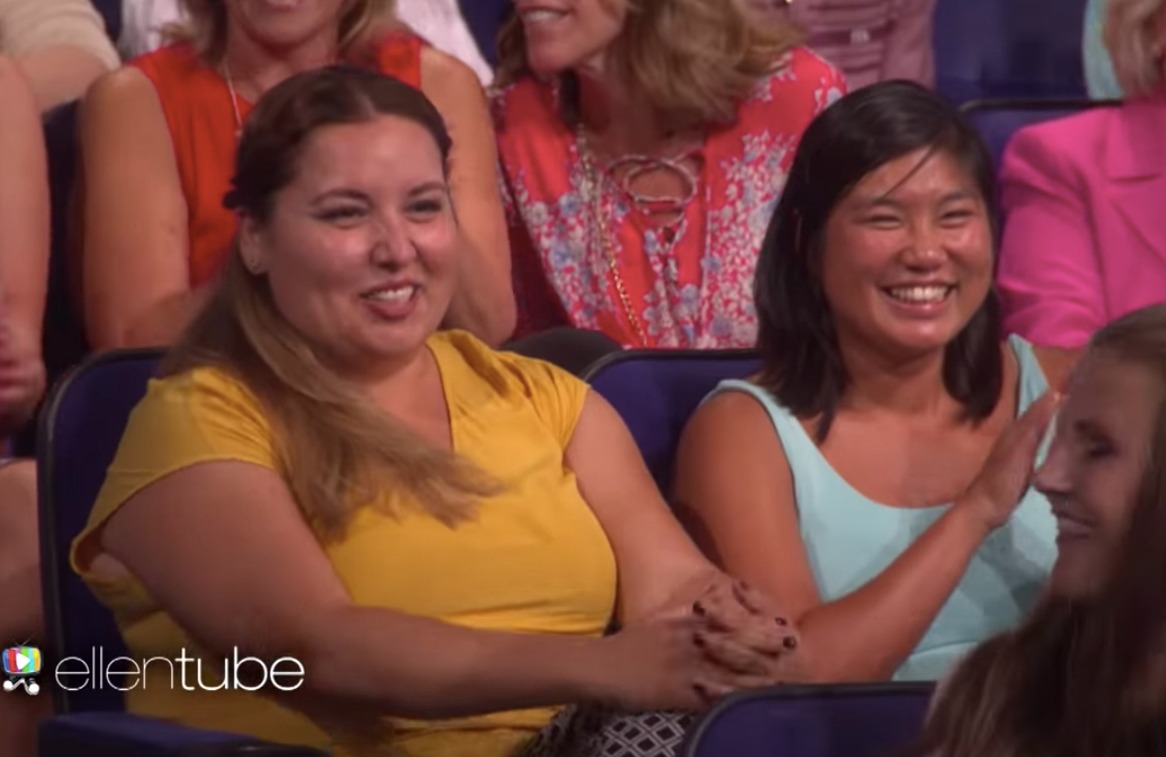 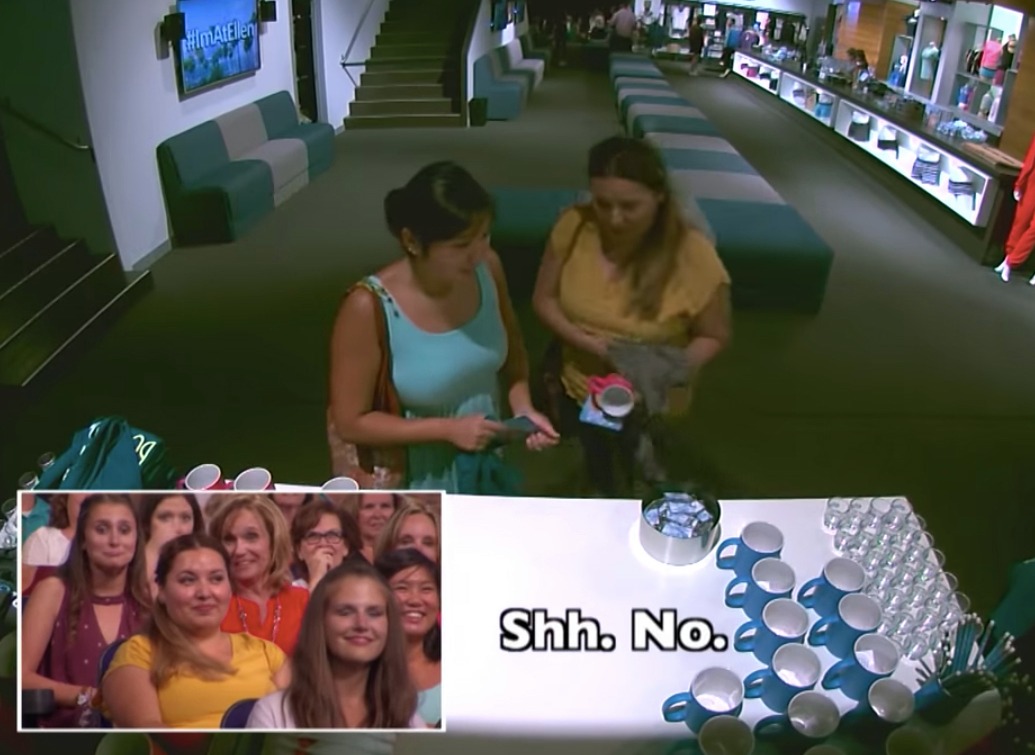 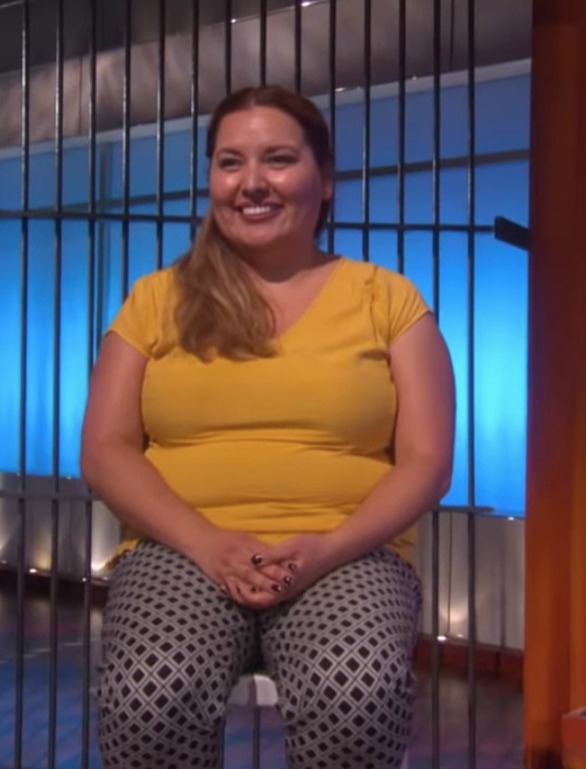 The host had invited her guests to pick up one item each from the gift shop – without telling them she'd set up hidden cameras to see what each of them took.

Unbeknownst to one woman, she was filmed taking several items away – and Ellen called her out on it on air shortly after.

Clearly extremely embarrassed to have been caught, she told the host that she was picking up souvenirs for her sister who couldn't come along – but Ellen refused to let it go.

She eventually asked the woman to come on stage and step into 'jail', by sitting on a big steel chair in front of the entire audience.

She likely wanted it to sink into the floor.