Mariam Ahmed (played by Indira Joshi) and her husband Arshad Ahmed (Madhav Sharma) first arrived on EastEnders last year and soon found themselves in the midst of the drama during the New Year’s Day heist. Since then, the pair have been pillars of support for many members of the Walford community. However, tonight’s episode of the BBC soap hinted they may soon make a shock exit.

Recent weeks have seen Mariam bound to the family home which was once resided in by her nephew Masood Ahmed (Nitin Ganatra) alongside his children and wife since they arrived on the Square in 2007.

Although her loved ones were left wandering why the grandmother was being so secretive, last night’s instalment of the soap revealed why the character was so anxious.

In a tearful admission to her husband Arshad, the pensioner explained how she’d been mugged some weeks ago on her way home from shopping for Eid celebrations.

Not only did the attackers taken a prized piece of jewellery her husband had gifted her with, they also stole Mariam’s confidence and with the incident still playing on her mind, it seemed the beloved character has made up her mind about leaving. 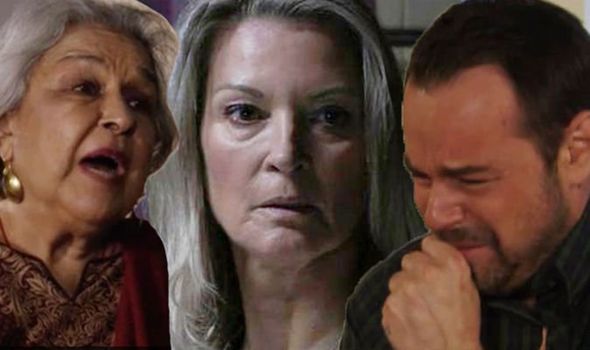 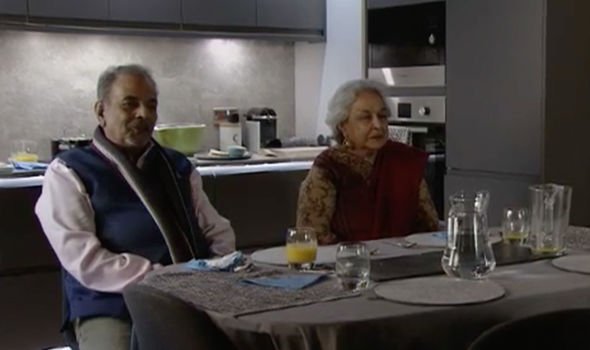 Joined by the dentist’s lover Honey Mitchell (Emma Barton), the elders of the Masood family enjoyed a peaceful meal with their loved ones.

However, spending time with them made Mariam think about her life in Walford following the harrowing attack she was a victim of.

In light of the meal, Arshad commented: “Isn’t it wonderful. Seeing the family all around,” to which his wife woeful replied: “Not all the family.” 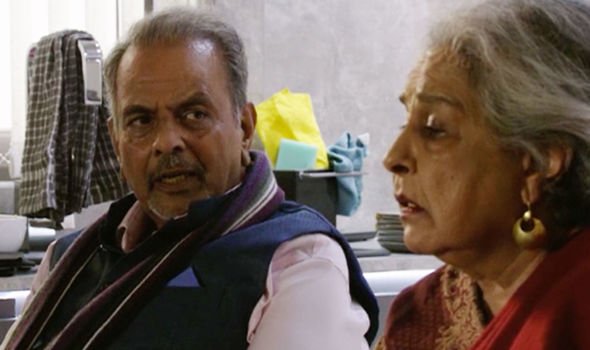 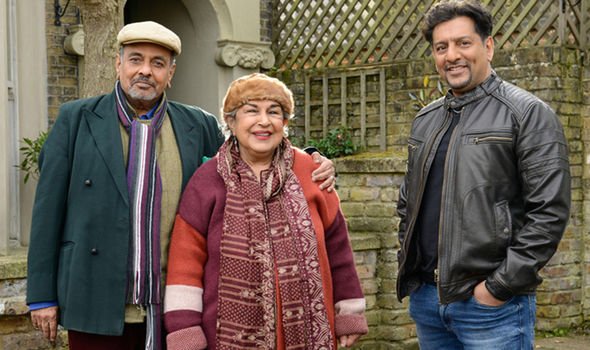 I want to move back home to Pakistan

Mariam continued: “It all reminds me of home where we grew up,” before she asked her husband: “Do you think we’ll ever go back?”

“What are you saying?” a confused Arshad enquired, with the matriarch finally revealing her true feelings about remaining in Walford.

“Because time’s running out Arshad,” the caring character reflected.

“I think I want to go back. I want to move back home to Pakistan,” she declared, leaving her husband in disbelief.

It’s not yet been confirmed whether the pair are going to conclude their life on the Square, but with Mariam vocalising her thoughts, will Arshad succumb to his wife’s wishes?

If they were to leave, this would come off the tail of their foster son Adam making his departure from the soap as his true colours came to light tonight.

After weeks for trying to convince herself her boyfriend wasn’t having an affair, Honey had her worst fears confirmed when his mistress Habiba exposed his cheating ways.

Throughout the meal, the mother-of-two struggled to keep her emotions in check as her heart broke she had been betrayed in a relationship once again.

Viewers will have to wait and see how explosive the confrontation will be between Honey and Adam, but she’s sure to want answers.

The news actor Stephan, 49, would be leaving his role was announced last month with a source telling The Daily Star: “Once his cheating is exposed, the storyline comes to a natural end, so bosses decided not to renew Stephen’s contract.”

With Adam and possibly Mariam and Arshad no longer in the picture, this would leave only the Ahmed sister’s as the last remaining members of the iconic family.

The pair have shown troublesome qualities since arriving on the Square in the Spring, so could they be set to cause more havoc with no grandparents on their back?

EastEnders continues Thursday at 7.30pm on BBC One.

Vikings season 6 spoilers: Will Hvitserk go to the Kievan Rus? Will he meet Ivar?

'The Bachelorette': Why Tyler C. Probably Won't Be the Next Bachelor Now