EastEnders: Vi tries to set Stuart up with Honey

Recent EastEnders episodes saw the impressionable Tiffany meeting with a beauty brand owner, who convinced her to have some fillers in order to “look better.” This saw Tiffany splurging lots of money without giving the decision much thought. Although she kept it a secret from Keegan, he and several other Walford residents commented on how good she looked. Fans of the BBC soap are now speculating Tiffany could develop a frightening addiction to cosmetic surgery.

Taking to forum site Reddit, one viewer said: “I noticed when Keegan and Bernie said she looked nice she never [admitted] to getting the fillers.

“I wonder if she’s going to keep getting them done (secretly) and get a bit addicted/obsessed with them and then end up in debt trying to pay for it.

Tiffany had also bought some diet pills to sell in order to make her money back, but this could certainly lead her down a dangerous path. 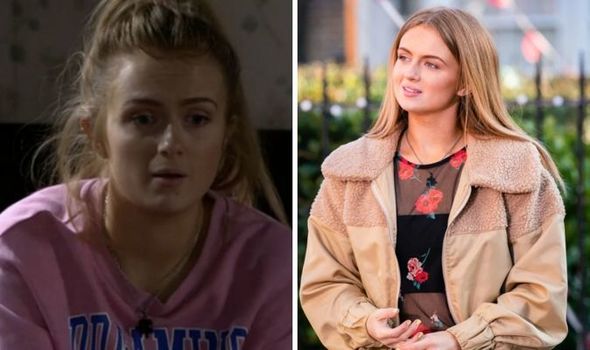 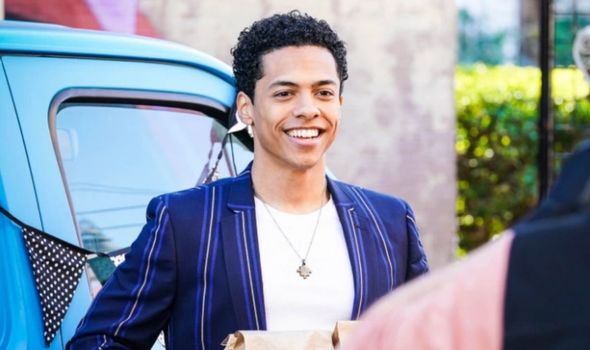 Responding, another fan said: “It would be interesting to see some kind of cosmetic surgery addiction storyline, I’m thinking she might get herself trapped in some kind of MLM/pyramid scheme.”

“Obviously the actress didn’t really have any fillers. They just put a awful amount of makeup on her and several characters complimented how she looked great,” (sic) a third said.

They continued: “She had the fillers as a result of being insecure about having a spot on her chin I don’t think fillers would be helpful to cover that.”

Tiffany seemed determined to try to look “the best she could” in order to sell make up items. 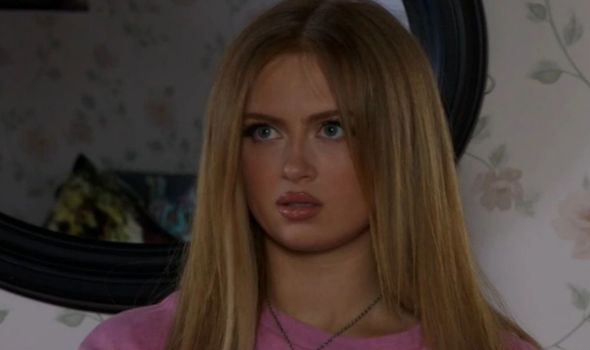 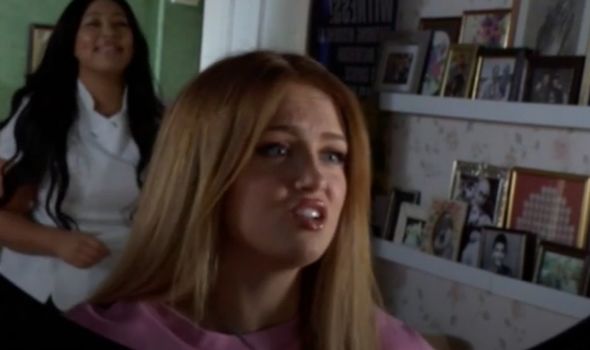 But she wasn’t planning on getting any cosmetic work done until she was told it would help her.

Now that she’s tried it once, and seen positive feedback, could she keep doing it in secret?

She was worried about Keegan finding out because the couple are trying to save money.

But now that he has become convinced of how surgery could help her sell products, it’s likely she could form an addiction, believing she’ll make the finances back.

Some also took to Twitter to predict how things could go wrong for the character.

One wrote: “#EastEnders It makes me sad to think that Tiffany has chosen to take the route out Botox and lip fillers to make herself look good but to also ensure that she gets a bit of the success that Keegan is having.

“This sort of act is dangerous and can go horribly wrong.”

“I’ve Got A Bad Feeling About These Fillers #Eastenders,” another said.

A third commented: “Everyone gets spots, doesn’t mean you need fillers and botox. If you’re that insecure just cover it up with concealer. #EastEnders.”

Another penned: “Can’t believe Tiffany is going to have Botox and fillers #EastEnders.”

Echoing this, a different person added: “#EastEnders Tiffany is a gorgeous girl and should not be made to be put off by the one spot she has on her skin to make her more popular.

“She needs to embrace her natural beauty and not take risks that could put risk to Keegan’s success.”

Someone else pointed out: “Surely if Tiffany is setting up a beauty business she should be savvy enough to know that you don’t get filler injections in someone’s home with no afterthought?! Recipe for disaster.”

Tiffany has been very insecure about Keegan’s success recently.

Although happy for her husband, she admitted she felt like she wasn’t doing anything exciting.

She suggested to him the idea of setting up a joint business, and he reluctantly agreed – but will she take extreme lengths to get the items sold?

EastEnders continues on Tuesday at 7pm on BBC One.

‘Annabelle Comes Home’ Rings Up $3.5M In Tuesday Night Previews, Ahead Of Both ‘Conjuring’ Movies

Power: Why did Ghost St Patrick and Angela Valdes really break up?

'The Office': Jenna Fischer Said She Always Lost Roles to This 'Buffy the Vampire Slayer' Actor