Iqra Ahmed (played by Priya Dadra) was heartbroken when sister Habiba Ahmed (Rukku Nahar) left EastEnders after blaming Suki Panesar (Balvinder Sopal) for the imprisonment of Jags Panesar (Amar Adatia). Ash Panesar Gurlaine Kaur Garcha) convinced Iqra her sister was wrong but will the Walford East employee expose Suki’s sinister actions after realising her treatment of the Slaters proves the ruthless mother will do anything to get what she wants?

In upcoming scenes, Iqra and Ash’s relationship remains strained as the pair try to move forward.

Iqra catches her girlfriend in a lie about her whereabouts and begins to worry their relationship isn’t as it seems.

The couple gets into an argument and Ash demands Tina Carter (Luisa Bradshaw-White) moves out.

Just as Ash makes it clear she doesn’t like Tina living with them, the Prince Albert manager walks in.

Read more: Nina Wadia opens up on son’s diagnosis after rushing him to hospital 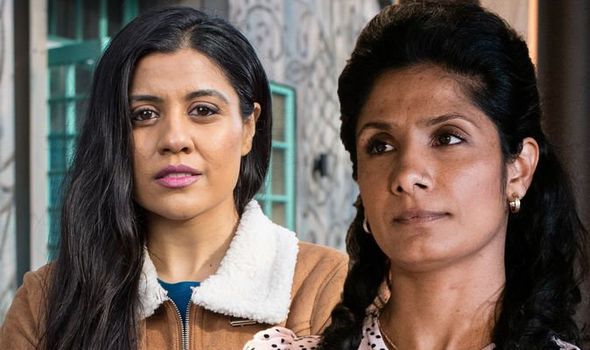 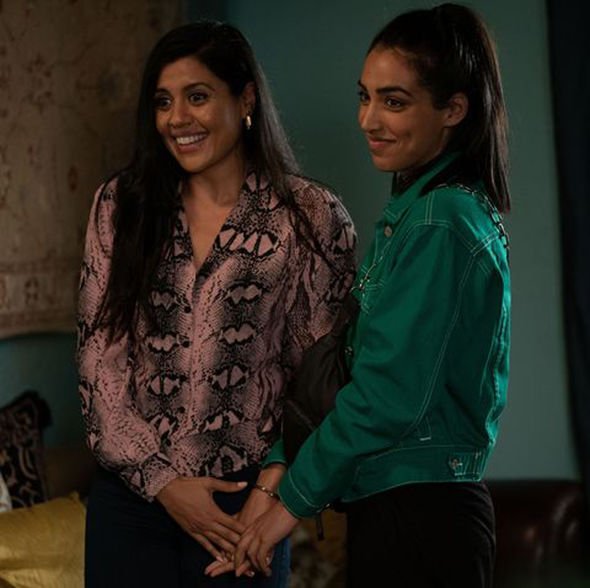 Tina’s mortified but packs her things and pretends she’s not bothered by the move.

She turns to Kathy Beale (Gillian Taylforth) but the great-grandmother opens up about her issues with Ian Beale (Adam Woodyatt).

Tina ends up on Gray Atkins’ (Toby-Alexander Smith) doorstep and begs him to let her stay with Shirley Carter (Linda Henry).

Shirley’s apprehensive at first but later persuades Gray to let her sister stay until she gets back on her feet. 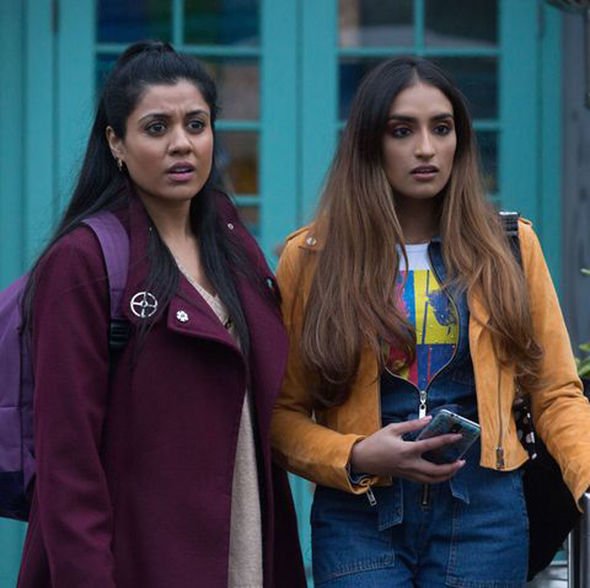 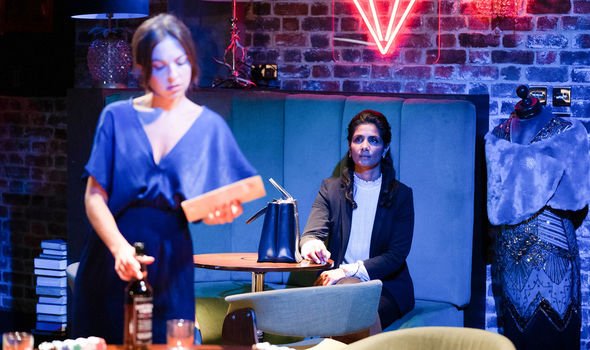 Meanwhile, Suki continues to find potential ways she can evict the Slaters and turn the house into flats.

She admits to Ash that she hasn’t told the Slaters about her plans and reveals she has no intention of doing so.

Ash wrestles with her conscience but agrees to keep her mum’s plans under wraps.

Across the square, Katy tells Ian that the first payment of the re-mortgage is due.

Suki sees Ian looking flustered in Walford East and seizes the opportunity to team up with an equally ruthless businessman.

She details her plans for the Slaters house and convinces Ian he could profit from her venture.

She explains the pair can help each other and it doesn’t take much persuasion for Ian to get on board.

Ian has arranged an interview with the Walford Gazette to talk about his empire but when Tina overhears him slating the previous owners of the Queen Vic, she’s furious.

Later, Suki arrives to speak to Ian in the restaurant to discuss her plan to evict the Slaters.

Ian asks Iqra to hold the fort but she overhears their conversation and is horrified by what she learns.

Suki is responsible for Habiba’s departure and the growing divide between Ash and herself.

Will Iqra realise Suki is capable of anything and plot her downfall?

EastEnders continues on BBC One on Thursday at 7.35pm.