EASTENDERS is set for a fiery reunion as Sharon confronts Phil Mitchell after his surprise return to Albert Square.

Sharon has been devastated since her son Dennis drowned on the boat during the show's 35th anniversary special. 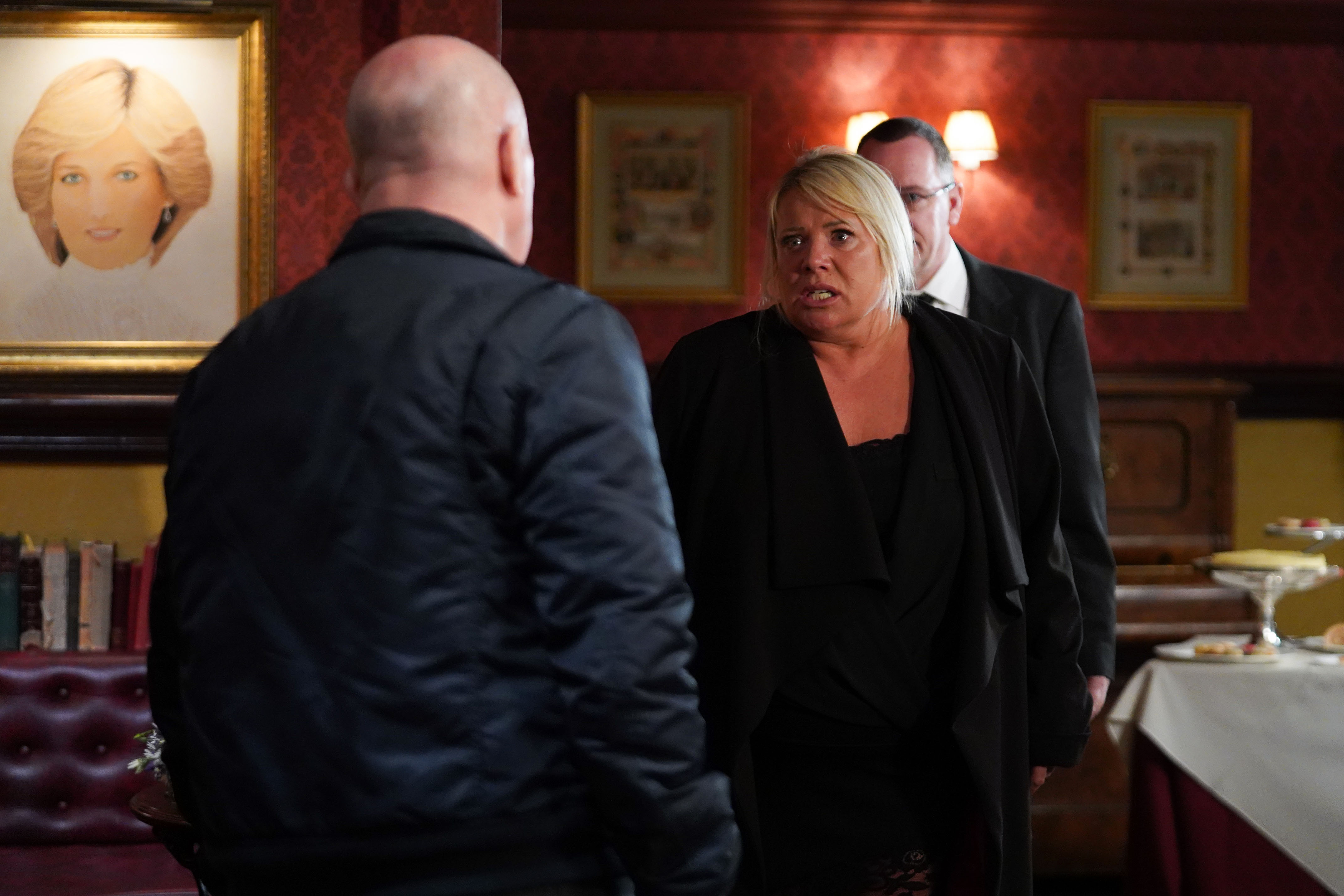 But she cannot even say goodbye to her son in peace as she is confronted by Phil.

As the dreaded day arrived, Sharon insists no Mitchell is welcome at the send off.

EastEnders said of the funeral: "Emotions are set to reach breaking point as Phil makes an unexpected return to Albert Square this week as Sharon says an emotional goodbye to her son, Dennis.

"Furious at the sight of Phil, Sharon struggles to remain calm and as she blames him for Dennis' death, she lashes out forcing Ian to step in. Can Sharon ever forgive Phil?" 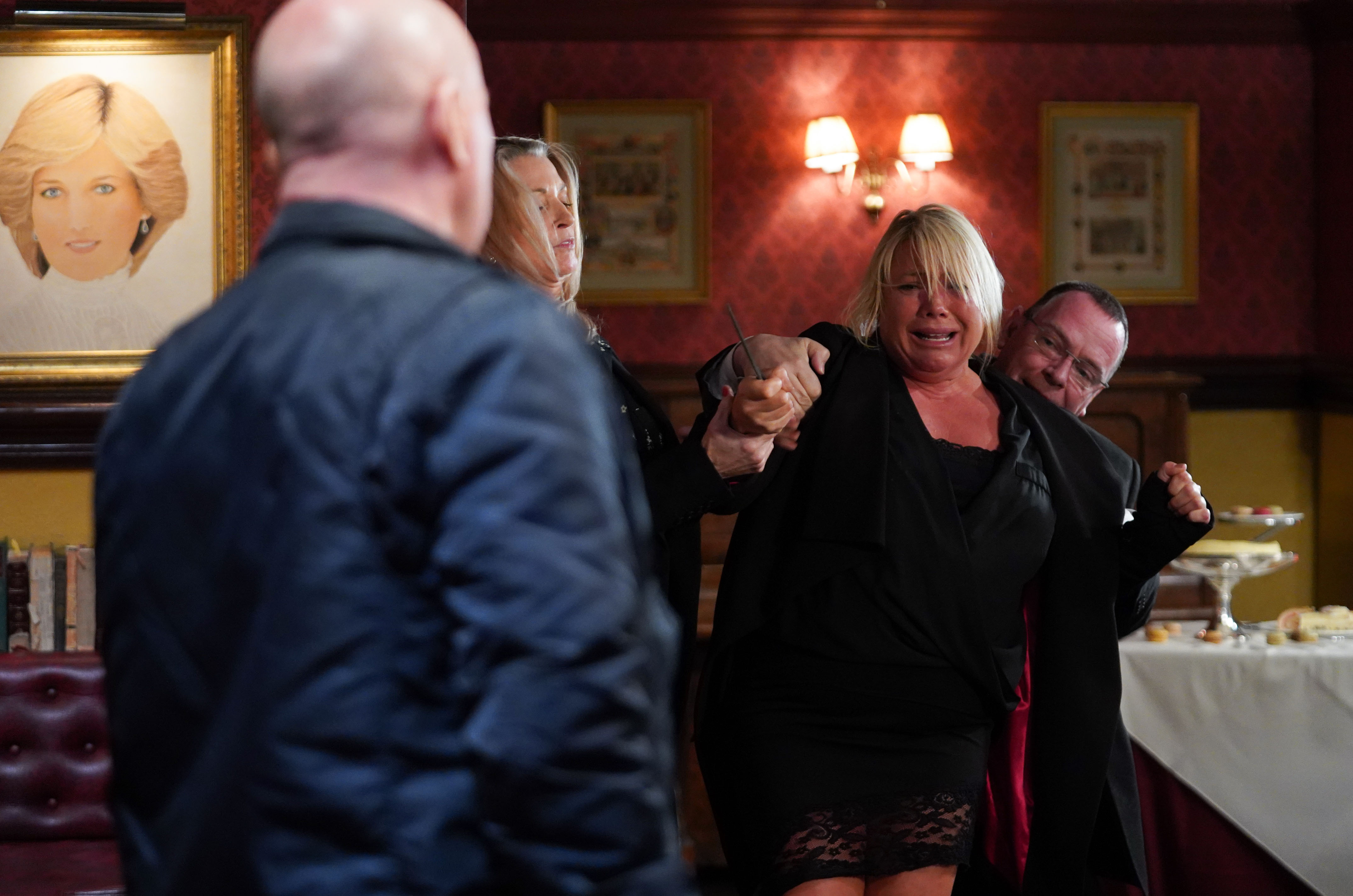 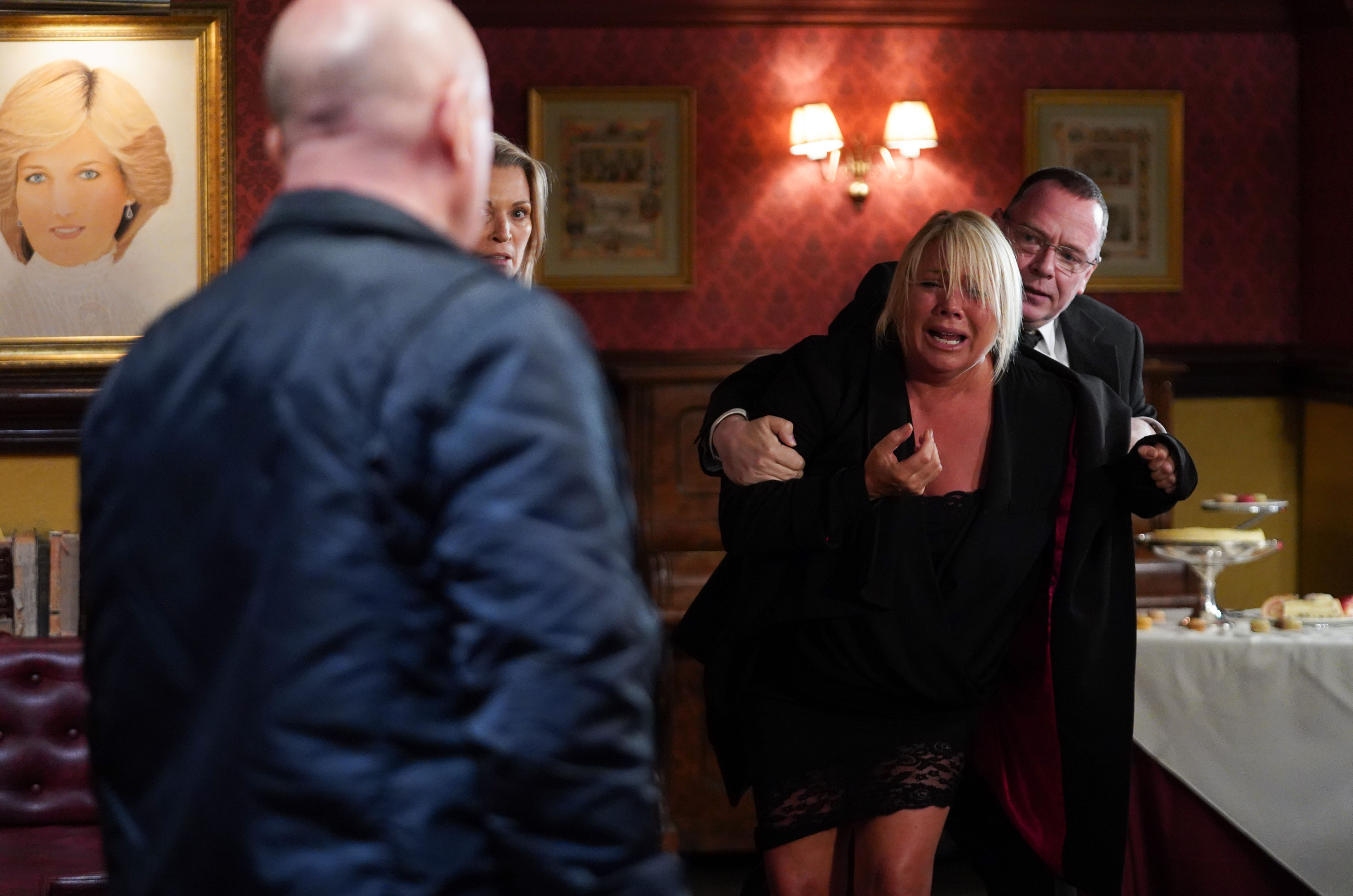 Sharon throws a barrage of abuse at Phil, causing the confrontation to escalate.

Ian phones the police – and the hardman scarpers off.

She then hunts down Phil and finds him at the Arches. Unfortunately, showbosses are not revealing whether they reconcile or if things get worse.

When Ian meets up with Phil later, he is shocked by what he has to say. 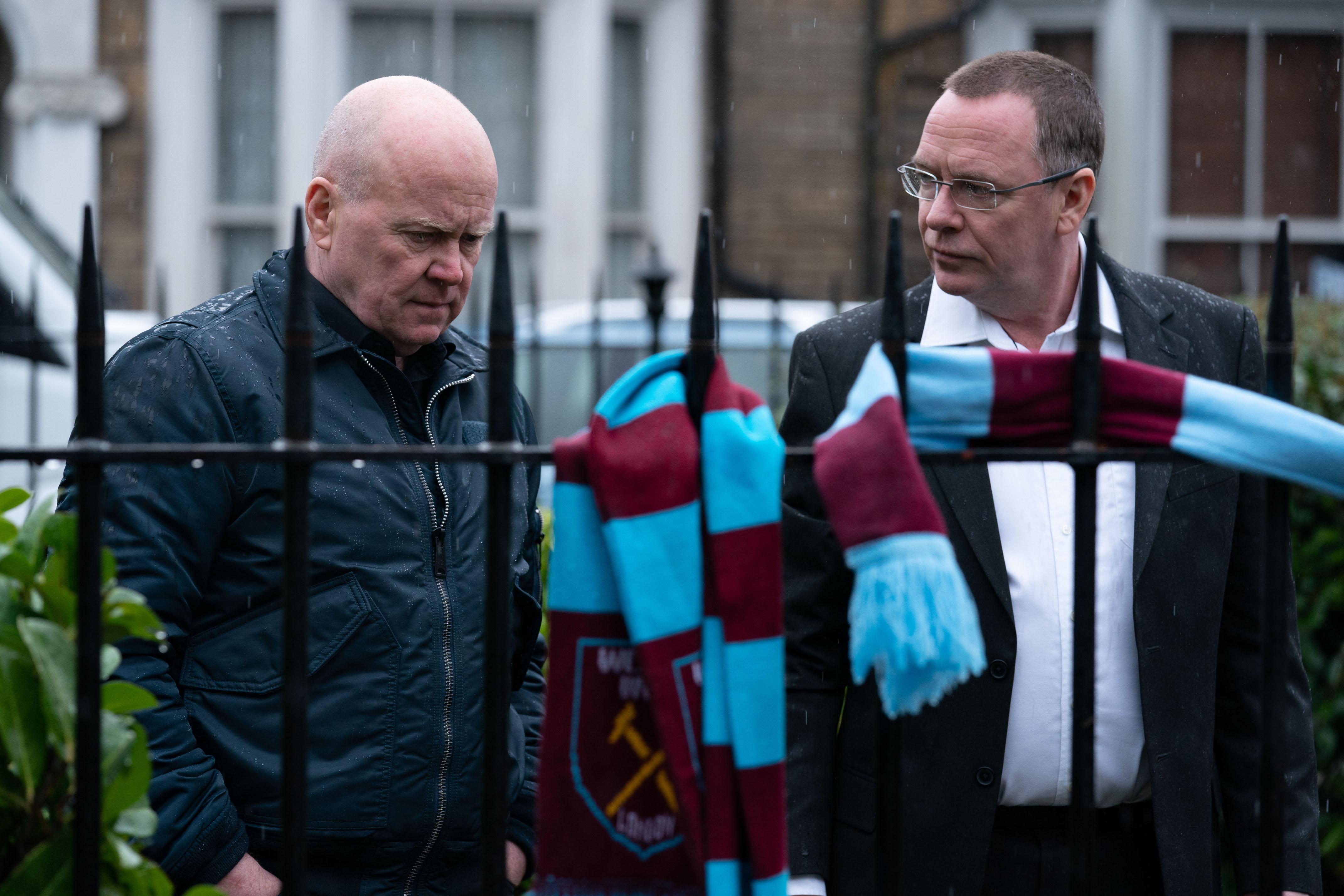 Viewers know it was Ian that locked Dennis in the boat, which lead to his death.

Before he drowned, he left a voicemail on the Arches' answering machine – which was eventually uncovered by Dotty.

She's blackmailing Ian into getting the keys to the Arches in exchange for not telling anyone the truth – but will she tell Sharon after all?

Meanwhile, Callum convinces Ben Mitchell to face Sharon at the funeral – much to her distaste.

These scenes air on Monday 30th and Tuesday 31st March.

How old is Nicholas Lyndhurst, and how tall is the Only Fools and Horses actor? – The Sun