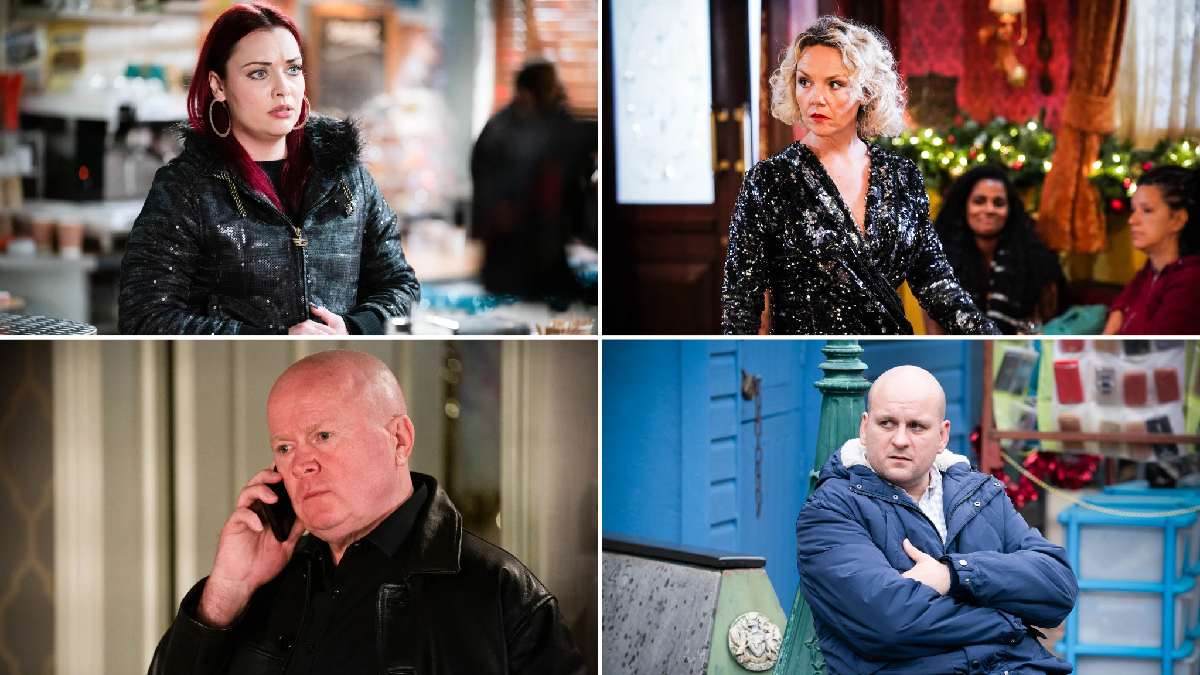 Gray Atkins (Toby-Alexander Smith) has been getting away with murder for too long in EastEnders but Whitney Dean (Shona McGarty) is on to him – and soon she makes a shocking discovery.

Elsewhere, the net closes in on Phil Mitchell (Steve McFadden) but he also has to deal with the tension between Kat Slater (Jessie Wallace) and Sharon Watts (Letitia Dean)

Whitney wants to find out more information on Gray. She asks Laura to speak to Chelsea, but Laura explains that she has already tried and Chelsea wouldn’t listen. Whitney feels even more isolated with her efforts when she sees Kheerat agreeing to come to Gray’s wedding.

Whitney questions Kheerat about Gray but is frustrated when he defends him.

Phil has to tell Sharon that his PI hasn’t managed to find Jada. Zack tries to hide his guilt over Jada leaving and drowns his sorrows at The Vic. He admits to Nancy that he’s to blame for the situation. Nancy then accidentally lets slip to Martin that Zack warned Jada off.

Mick and Janine discuss their upcoming event at the pub.

Martin confronts Zack after Nancy’s revelation about Jada. He threatens to tell Sharon the truth about what happened.

Sharon invites Kat and Phil to attend her Christmas party. Kat declines, but Phil decides to put in an appearance. But what will happen when Phil receives a message from his private investigator?

Whitney approaches Chelsea with a plan to warn her about Gray. Chelsea assumes that Whitney wants an invite to the wedding, so she says that Whitney can come along.

Denise asks Kim to be there on her wedding day, but after giving it some thought, Kim tells her kids that they’re going back to Scotland.

Nancy and Shirley are wary of Janine’s flirtatious behaviour around Mick. During the Best Spouse in the ‘Ouse event at The Vic, Janine messes with the questions for Stacey, leading to fresh tensions between them.

Something that Eve says about a previous event at The Vic strikes a chord with Whitney.

Whitney remains determined with her mission to find out the truth once and for all. She’s desperate to prove what Gray has done and expose him.

When Chelsea calls Whitney in a panic, Whitney rushes over to Number 1. While there, Whitney searches for more clues that could help her to uncover the truth.

Rocky has to make a plan when he realises that Sonia and Kathy both assume he’ll be spending Christmas with them. Rocky also has tensions with Dotty and snaps at her with some offensive words about Sandy.

Kat interrupts a conversation between Phil and Sharon about Jada. She reaches breaking point and tells them to leave the girl alone.

Also today, an emotional Kim is planning to leave Walford.

Janine is disappointed when she struggles to get Mick’s attention in her Christmas outfit. Janine’s day gets worse when Kat makes it clear that Scarlett will be spending Christmas with the Slaters.

Janine discovers that Mick isn’t spending Christmas with Linda. She opens up over her own sadness regarding not seeing Scarlett, but Mick suggests that she should do something about it.

Whitney is shocked as she finally uncovers the truth, coming to the conclusion that Gray must have killed Chantelle.

Stuart arrives to help fix Sonia’s oven when it breaks. He gives Sonia a note that he found with her name on it. Rocky realises what it is and panics, worrying that his secret is about to be revealed.

Phil isn’t happy over the way that Kat spoke to Sharon. He risks making matters worse by inviting Sharon to attend Christmas with the Slaters.

The Politician Season 2 Is Coming This Summer