EastEnders fans have seen Max Branning (played by Jake Wood) linked with a string of women over the years after his marriage to his wife Tanya (Jo Joyner) broke down. Initially, the pair’s relationship was ruined after his affair with daughter-in-law Stacey Slater (Lacey Turner) was exposed and Tanya left the Square for good back in 2018. However, with Max and Stacey’s respective ex-partners Ruby Allen (Louisa Lytton) and Martin Fowler (James Bye) looking to start a romance, could the scorned lovers end up rekindling their historic romance in the near future?

Ruby returned to the Square after more than a decade away in 2018 and quickly settled back into life in Walford.

It wasn’t long before she was dealt some testing times after being raped by Matt Clarkson (Mitchell Hunt) and Ross Swindon (Ossian Luke) and having to go through a difficult trial in the following months.

The businesswoman has managed to get things back on track with the help of best friend Stacey and other supportive faces on the Square.

Last year, Ruby ended up embarking into a relationship with long-term lothario Max Branning and the pair seemed smitten with each other. 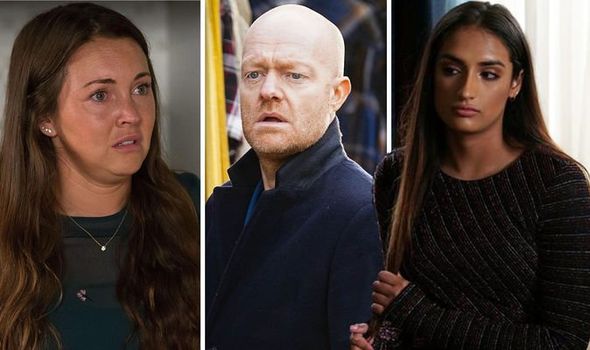 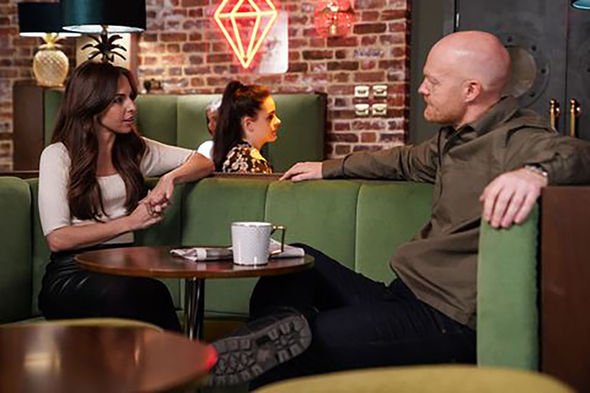 However, with Max desperate to prove how committed he was to Ruby, he made a huge faux-pas when he decided to propose to her in front of everyone at Walford East.

Ruby left her partner humiliated when she rejected the proposal and revealed she wasn’t sure if she ever wanted to get married.

The revelation stunned Max and when Ruby later explained she’d rather enter into an open relationship, the former reluctantly went along with the idea.

With Ruby enjoying a taste of freedom due to their new agreement,  Max was left wondering how to move forward with his girlfriend. 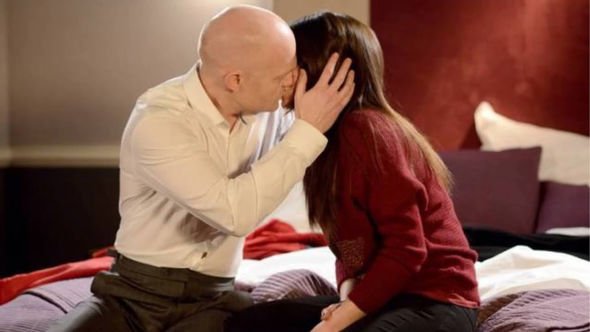 Things all changed last winter when Martin and Ruby’s attraction to each other become clear and they soon bonded over their respective dwindling love lives.

It came after BBC viewers saw Martin feeling forced to lie to his wife Stacey about cheating on her with his ex-wife Sonia Fowler (Natalie Cassidy) in a last-minute bid to keep her away from Walford.

Martin returned to the soap last year to try and patch things up with Ben Mitchell (Max Bowden) who knew Stacey was the real culprit behind the attack on his dad Phil (Steve McFadden).

However, it all ended in disaster after his fake confession to Stacey cost him his marriage and she quickly moved on with a man named Jerome (Chris Charles).

This gradually drew Martin and Ruby closer together and the pair ended up spending the night with each other over the Christmas period.

Max was furious when he discovered the pair’s fling but it didn’t stop them from continuing to flirt.

Last month, Ruby made a big decision about her future when she decided to move house but didn’t seem to have Max fitting into her new plans.

Shortly after the big move, Ruby dumped Max after realising she would be tempted by Martin if he made a move on her.

With things hotting up between the pair – and Ruby and Martin now working together – it seems as though it won’t be long before they end up together.

However, with Stacey set to return to Walford later this year, she’s sure to be devastated when she discovers her estranged husband and best friend are romantically linked.

But could this end up pushing her closer to Max who has continued to share a close bond with his former lover in recent years?

Will the pair end up going back to their old romance in a bid to move on from their exes?

EastEnders returns later this year to BBC One.

‘Chicago Fire’: Sylvie and Matt Make a Decision and Severide and His Team Are in Trouble