Lola (played by Danielle Harold) has been back on EastEnders for over two years now and has been up to all sorts of trouble ever since. This has included failed romances with the likes of Jay Brown (Jamie Borthwick) and Peter Beale (Dayle Hudson). However, it could be her latest relationship with Isaac Baptiste (Stevie Basaula) that sees her contemplate her future on the BBC soap and whether or not the couple can go the distance.

Earlier this week, Lola finally went on a date with the primary school teacher after some mixed messages delayed the start of the romance.

It was during this meal the couple decided to tell each other some secrets and Isaac revealed he had schizophrenia.

Although he thought his date was going to up and leave, the mother-of-one preceded to enjoy the rest of the evening with him.

During Tuesday night’s episode, Lola wanted to know a bit more about the mental health illness but it was when she sat down with Isaac once more she began to understand the struggle he faces.

Recalling his discovery a few years ago, the school teacher said: “I told a friend of mine the day after I was diagnosed.” 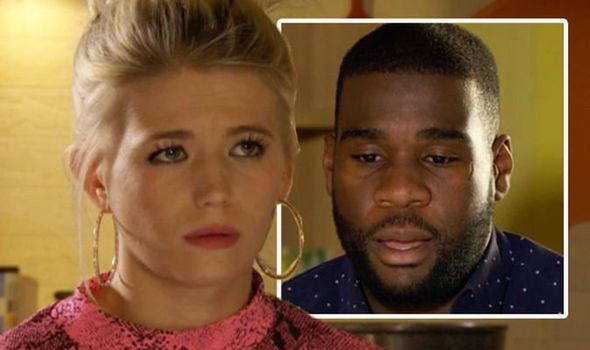 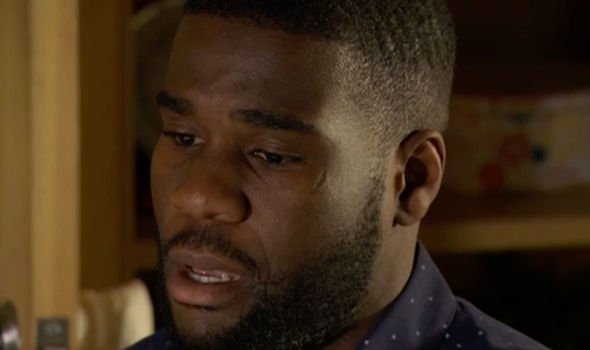 “I sent him a text and he didn’t believe me so I had a few drinks and called him to explain. Didn’t hear back from him for about a week,” Isaac continued.

“He sent this voice note singing, ‘There’s only two Isaac Baptistes’. I could have told him the two personality thing was a myth but I was just happy to hear from him.

“I only got diagnosed a few years ago. I went through a break-up and just spiralled a bit. Walked into work one day and just fell to bits.

“My boss at the time, he clocked it. He had a sister who suffered and he managed to join the dots and he sat me down, we talked and he told me to go and see a doctor.” 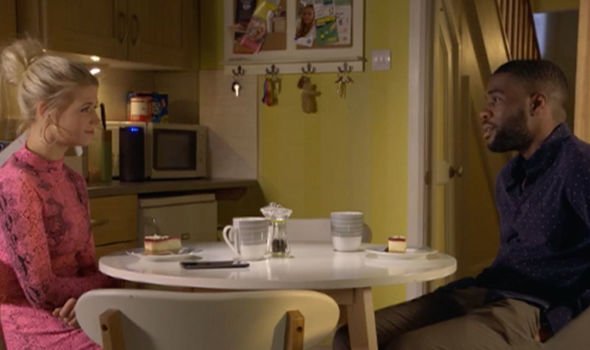 I’m not asking you to marry me

Isaac told Lola about his mother, Sheree Trueman’s (Suzette Llewellyn) reaction to his diagnosis, explaining “deep down she knew” her son was suffering from a mental health problem.

“But I guess boys will be boys sounds better than schizophrenic, especially back then,” he added, telling his love interest he “didn’t blame” her for being cautious.

“I mean, I’m not asking you to marry me – not yet,” he joked and he continued to talk to Lola, but could this be a hint of what’s to come?

Although they are in the very early days of their relationship, it could be Isaac does ask for the mother-of-one to marry him. 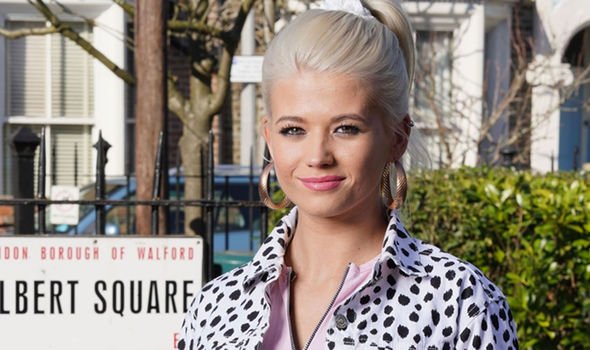 However, with his mother Sheree constantly worried about him and his diagnosis, the school teacher could see the marriage as a chance to start a new somewhere else.

This would involve asking Lola to leave with him, as well as her daughter Lexi Pearce (Isabella Brown) so they could be a family away from Walford.

With her grandfather Billy Mitchell (Perry Fenwick) and father of her child Ben Mitchell (Max Bowden) still living on the Square, it would certainly be a dilemma.

Though, with the ghosts of her romantic past still haunting her, she could decide to accept her other half’s invitation.

It would be likely she would share custody of Lexi with Ben, so the youngster would still come in and out of the soap at times.

Is it possible the relationship can go the distance and if so, will the loved up couple be walking off together into the sunset?

Containing their discussion at the kitchen table in Tuesday’s episode, Isaac said: “I just want you to give me a chance.

“And who knows, you might even end up falling for the both of me,” he continued, with Lola more than happy to continue with their romance, looking forward to what the future will hold.

EastEnders continues Thursday at 7:35pm on BBC One.