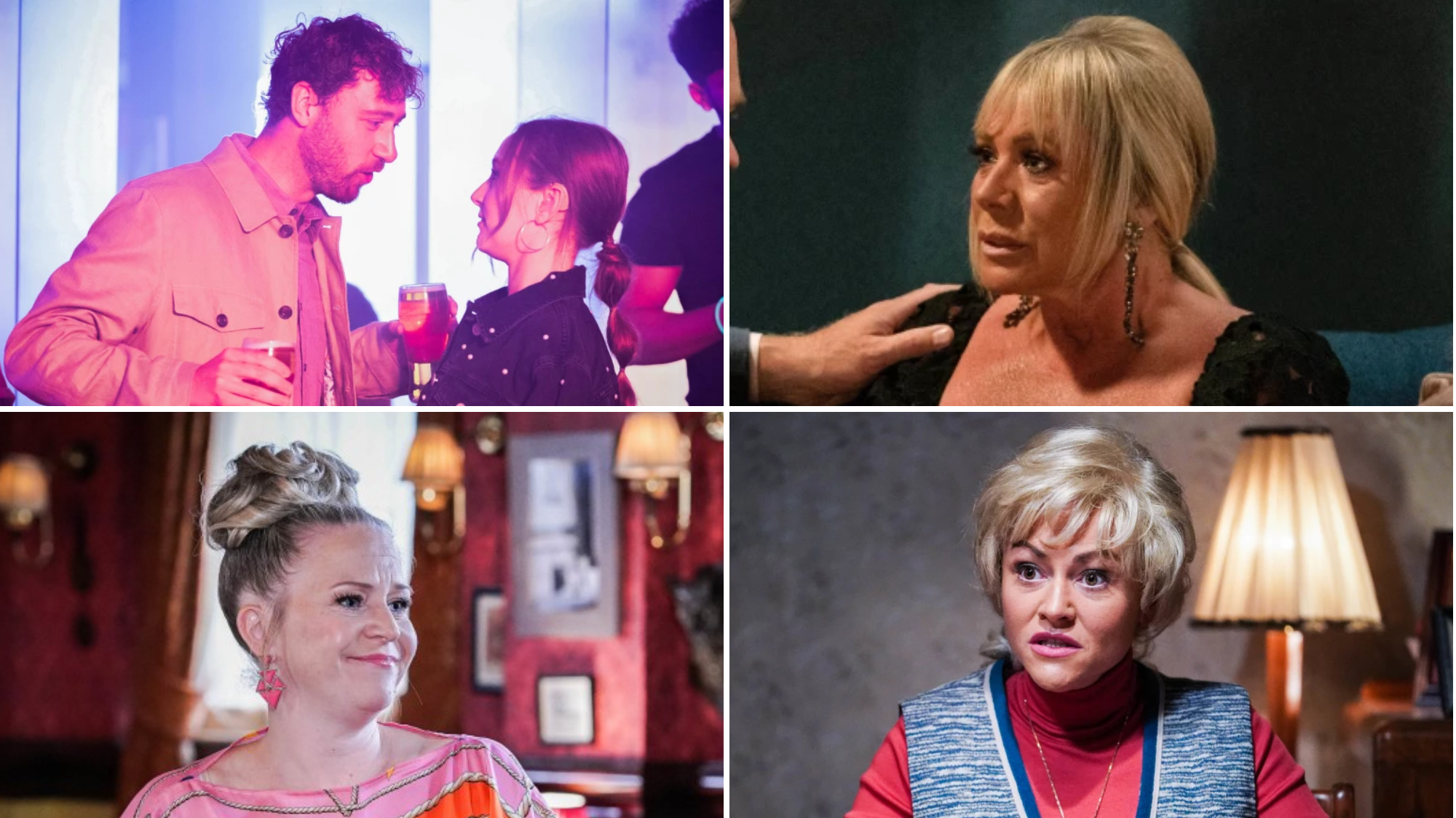 The past and present collide in EastEnders next week, as the long-running serial drama kicks off autumn with a bang.

Venture into the past with a historic flashback episode that will delve deep into the Mitchells’ chequered past – with surprising results.

Consider us very excited for that.

Back in the present, Phil Mitchell (Steve McFadden) is horrified by DCI Keeble’s request, while Frankie Lewis (Rose Ayling-Ellis) is attacked on the way home from a night out.

Janine Butcher (Charlie Brooks) goes out of her way to antagonise Linda Carter (Kellie Bright), while Sharon Watts (Letitia Dean) tries to move on, but her love for Phil persists.

It’s going to be an explosive few months in the Square, so if it’s been a while since you last tuned into EastEnders, now is the time to start watching once more.

You’ve got all of this, and so much more, to look forward to!

Phil is left in total shock to find out just who it is that Keeble wants him to inform on. The discovery leads us back in time for a very special episode of the BBC One serial drama.

It’s 1979, and the Mitchell family is hit by Britain in economic turmoil. Peggy will be at the centre of the tale, as she struggles to keep her marriage afloat while looking after her family. Eric, meanwhile, will take Phil and Grant out on their first dodgy deal.

Eric and Phil lock horns, both vying to be the man of the house. But who will come out on top?

Back in the present, DCI Keeble’s putting the pressure on Phil, and with her obsession increasing, will we finally find out the reason why she’s got such a vendetta against the Mitchells?

Phil receives a text from Keeble, who’s waiting outside, and the detective makes it very clear that she will cause trouble for he and Kat on their wedding day if he fails to deliver what she needs.

Honey overhears a heated exchange between Billy and Phil, and Billy takes his opportunity to ask her for a drink. What will she have to say?

Freddie Slater makes his debut, and he engages in some haggling at Billy’s market stall – before causing quite the stir, as he helps himself to a bap from Stacey’s stall without paying!

Bobby spots Freddie by the tube – where he is being reprimanded for jumping the barrier – and takes pity on him, covering the fare. Billy, meanwhile, sees Freddie, and he sets out to call the police on him. That is, until Freddie introduces himself as his son!

Frankie’s first day as a teaching assistant arrives, and she is signing to Esme during an English class. Amy, Denzel and Nugget, however, start mimicking her. Frankie tells the trio off but things take a turn when they take inappropriate photos of Frankie and use them to create a social media video.

Mick reassures Linda that once her negative hair test comes through, Annie will be back with her.

Honey demands that Billy tell Little Mo about Freddie’s presence in the Square, reiterating that they should discuss the truth about the newcomer’s biological father.

Phil tries to find a way to dig himself out of his mess with Keeble, and makes one final effort to outdo the detective, but will his plot backfire?

Janine does her best to provoke Linda. Shirley is unhappy about the stag and hen nights happening at The Vic, and Jean assures Shirley that she doesn’t need patronising like a child because of one episode.

Frankie expresses her anger and upset to Mr Morden about the social media video, but she is left dissatisfied with his response. Lola invites her out clubbing with Felix, Dotty, Whitney, Finlay and Vinny.

There’s a tiny spark between Whitney and Finlay. Finlay, meanwhile, makes Vinny paranoid about his relationship with Dotty. Frankie’s feeling a little happier – until a stranger hassles her on the dance floor, before trying to kiss her. She leaves early, refusing Lola’s offer to accompany her home and makes a panicked exit from the tube.

Frankie becomes aware that she is being followed home, and is later accosted by the man from the club. She’s trapped, until a passer-by intervenes, giving her an opportunity to escape.

Linda is delighted when Mick allows her to say goodnight to Annie, but she’s left feeling sidelined when he goes upstairs to help Shirley.

Frankie, meanwhile, is comforted by Mick, who’s relieved to hear that she got away physically unharmed. Frankie, however, doesn’t see it like this.

Stacey assures a hurt Freddie that his mum will have answers for him, and Sharon invites a man named Matt back to her place – but her feelings for Phil leave her confused.

EastEnders airs these scenes w/c Monday September 5 at 7:30pm on BBC One.

How did Heath Ledger die? – The Sun

Matt Bomer Is Talking About Bringing White Collar Back