GRAY Atkins will come to blows with father-in-law Mitch Baker in dramatic scenes in EastEnders next week.

The lawyer – who was unmasked as an abusive husband in shock scenes last week – clashes with Mitch once more after son Keegan Baker spends a day at Gray’s office with him. 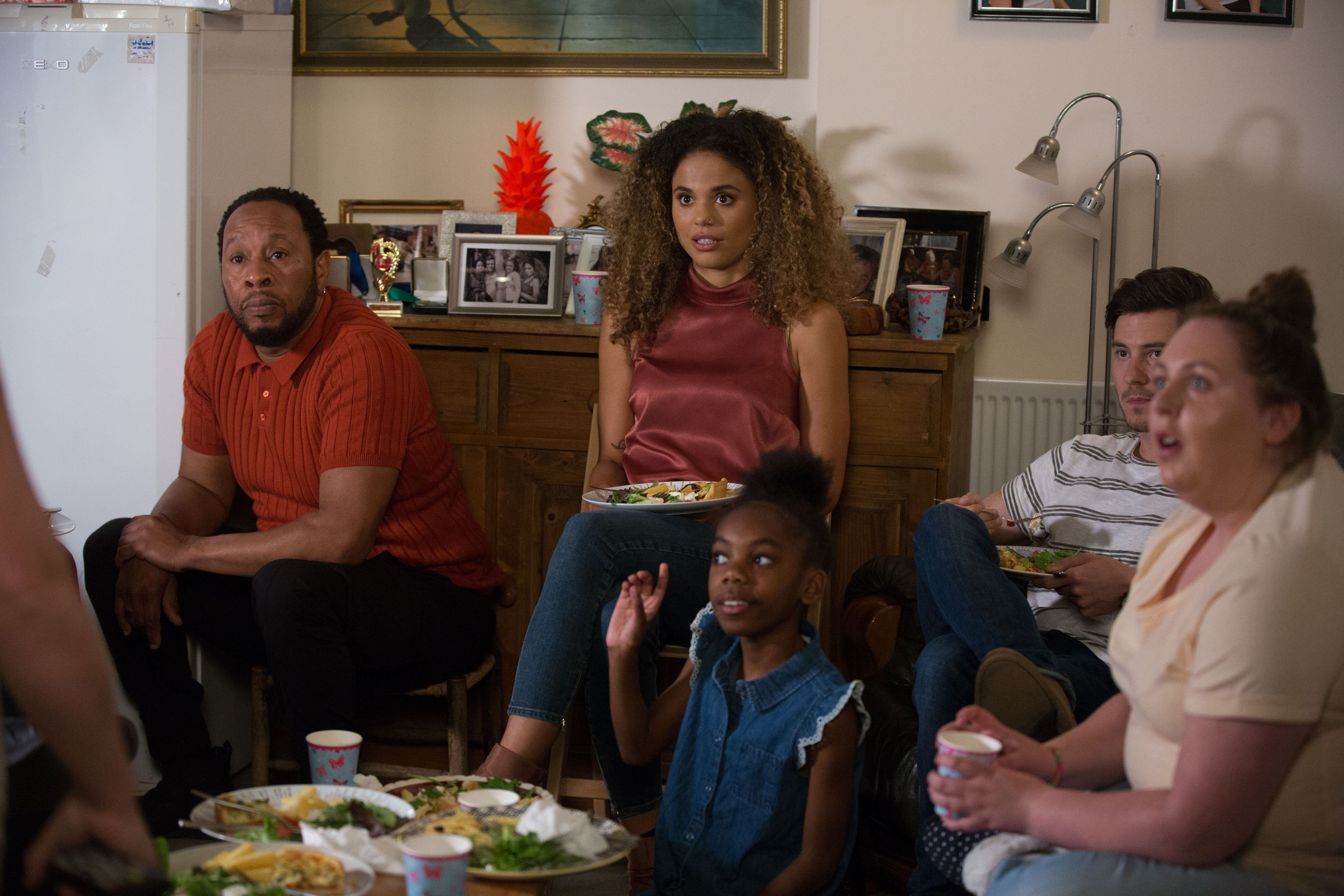 While he’s there, one of Gray’s colleagues inspires the Keegan and leads him to make a big decision about his future.

Back on the Square, Keegan – Zack Morris – announces that he’s quitting school. Mitch is horrified and tears a strip off of his son. A defiant Keegan stands his ground however, telling Mitch that Gray inspired him.

A furious Mitch – Roger Griffiths – storms over to No.13 as he seeks out Gray to confront him about what he’s been telling Keegan.

All hell soo breaks loose as Mitch and Gray go head to head.

As the men hurl insults at each other, everyone is stunned when they come to actual physical blows with each other. Everyone apart from Gray’s wife, Chantelle, of course.

EastEnders fans were stunned on Friday when Gray- player by Toby-Alexander Smith – finally revealed his true colours and brutally attacked his wife.

But a lot of viewers were furious that another middle-class character in the soap was turned into a villain.

One wrote on Digital Spy: “EastEnders treatment of Professional/Middle Class Characters is appalling!”

A second said: “What do the producers of EastEnders have against people that work hard and have a good career?

“Every time a character is a professional of any kind, then they have to be revealed to be evil and manipulative.”

Another added: “Once again, Eastenders make a successful person a villain. I’m sick of it.”

Meanwhile Jessica Plummer who plays Chantelle has spoken out about how she hopes the storyline will help anyone suffering from domestic abuse.

She said: “This is an issue that I, and everyone at EastEnders, hope we can raise awareness of.

“Many women and men that are in Chantelle’s situation suffer in silence and we really hope that by showing this story we can highlight an issue and encourage those in similar situations to seek the help they need.”