EastEnders: Frankie tells Mick he may be her father

EastEnders resident Mick Carter (played by Danny Dyer) has had a difficult few months in the Square after finding out newcomer Frankie Lewis (Rose Ayling-Ellis) is his daughter. Mick was unable to recognise he had been abused by Katy Lewis (Simone Lahbib) until last night saw him call a Samaritan’s worker, who finally helped him recognise what had happened. Tonight, in a furious confrontation with Katy, he told the former care-worker that himself and Frankie would get a DNA test – does this mean she will soon be back in the Square?

Mick turned up at Katy’s in an attempt to get her to admit the truth about what she did to him when he was a child.

He was seen rummaging through her things as he pulled out a letter he had written to her.

She demanded he stopped looking through her things, to which he questioned: “Your stuff? Your photos? Your letters? Who sent them to you?

“You see, I couldn’t trust my memory so I needed proof.” 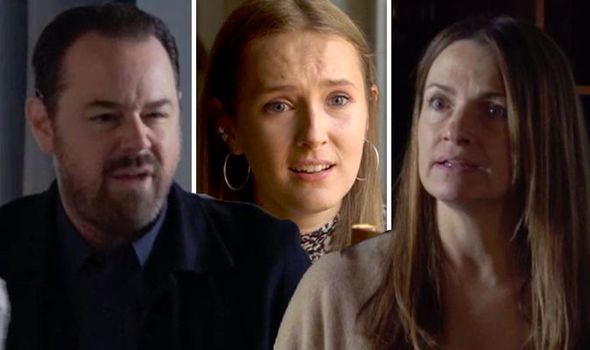 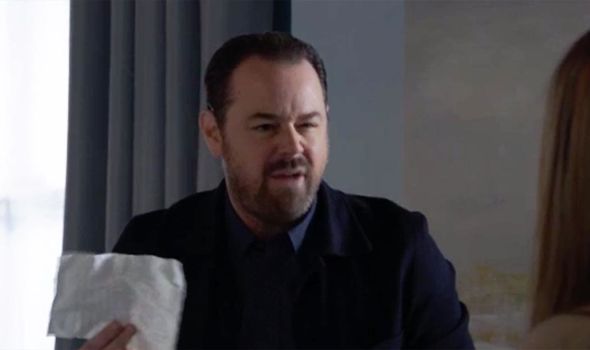 Holding up a letter, Mick said: “This is what Frankie found, isn’t it? This is the proof.”

Katy hit back: “These were a very long time ago.” before Mick launched further into trying to expose the truth.

“That’s why she pieced it all together and she came looking for me because here I am, telling you how much I love you and I don’t understand what I’m saying because I’m 12.”

“You better leave now or I’m going to call the police.” Katy warned as Mick told her: “Do it. Go and do it now, come on.” 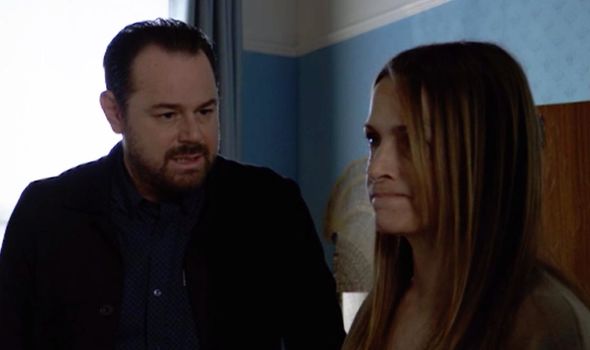 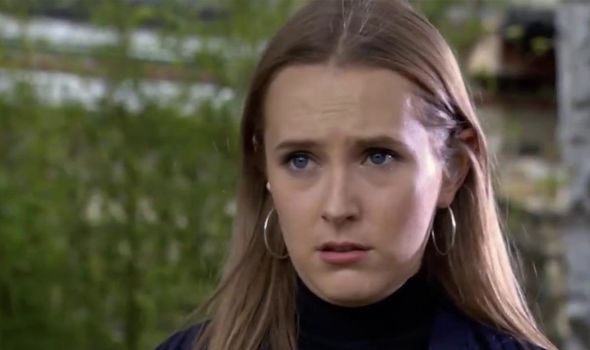 Mick held up an old shirt she had kept in her house, with Katy replying: “I didn’t keep it, I shoved it in a drawer, it means nothing.”

Moments later, Mick brought up Frankie once more as he was determined to prove she is his daughter.

“She’s my daughter isn’t she,” he asked, with Katy only making more excuses as to how Mick was wrong.

“Yeah, well I remember things, details, things I couldn’t possibly make up. Like your pink curtains with the trippy curtains,” he said.

“You’re imagining things that didn’t even happen,” Katy snapped, as she continued to deny her actions.

“Well Frankie’s the proof, isn’t she. That’s why you wanted to keep us apart.

“Me and Frankie, we’re going to have a test and then, there’s your proof. Admit it to me now.

“She’s my daughter, I know it. You know it, say it. Say it,” leading Katy to finally admit Frankie is his daughter.

With this interaction implying Mick has been back in contact with Frankie, will the latter end up making a reappearance?

After Mick plucked up the courage to tell wife Linda Carter (Kellie Bright), could Frankie prove vital in persuading him to go to the police?

EastEnders airs Mondays and Fridays at 8pm and Tuesdays and Thursdays at 7:30pm on BBC One.

New Bachelor in Paradise Promo Promises So Many Tears

'NCIS: New Orleans' Star Paige Turco Once Prepared For a Role In the Most Intense Way