Stuart Highway (played by Ricky Champ) was horrified when he discovered from of the caseworkers he had been in contact with when he was in care had been arrested for child abuse in EastEnders. However, when he realised Mick Carter (Danny Dyer) had been the one to accuse Katy Lewis (Simone Lahbib), he embarked on a plan which could leave Frankie Lewis (Rose Ayling-Ellis) in danger. Will Stuart be driven to violent methods if the police let Katy go?

In tonight’s EastEnders, Frankie confronted Mick upstairs in the Queen Vic after being harassed by a journalist following her mum’s arrest.

“I’m sorry this is the only safe place I could think of to come,” she said.

“I’m glad you did, “ Mick replied and Linda Carter (Kellie Bright) suggested: “Look we’ve got two spare bedrooms if you need somewhere or escape to.”

However, the pub landlord was visibly shaken by his wife’s suggestion which didn’t go unnoticed. 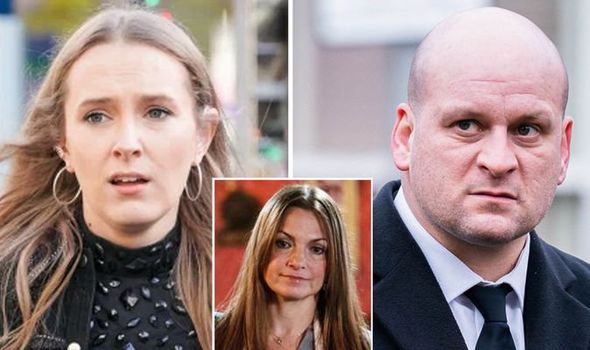 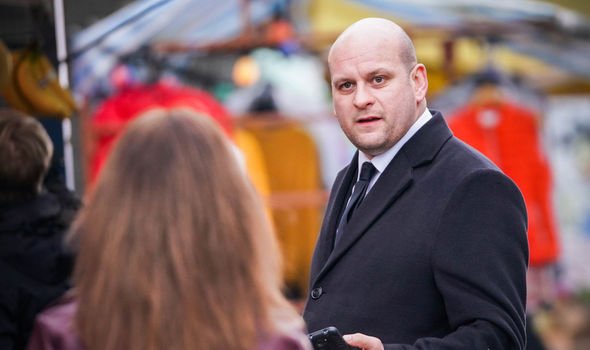 “Don’t worry I’m not staying here any longer than I have to do stupid idea coming here in the first place,” Frankie hit out.

“Frankie, don’t be like that,” Mick cried out as his daughter made her way down the stairs.

Unbeknownst to the pair of them, Stuart inadvertently overheard the next part of their conversation.

“Just leave me alone,” Frankie remarked and her dad hit back: “I’m sorry you have to understand I had to report your mum.” 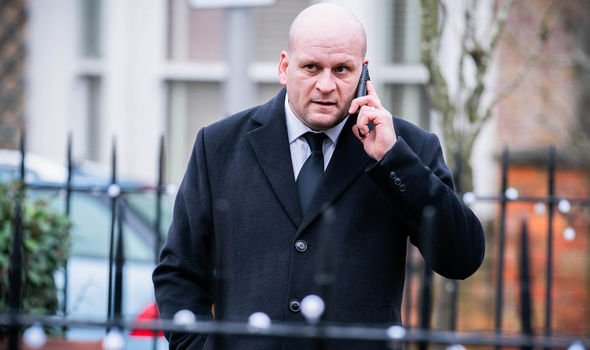 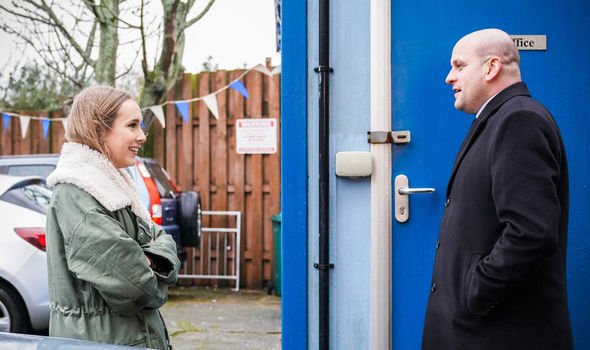 “You didn’t have to do anything,” she commented and he added: “She can’t keep getting away with this how many other kids has she done this to.”

Stuart rushed back into the Vic and asked Rainie Highway (Tanya Franks) to meet him there.

“You remember I told you I used to hunt predators?” Stuart asked his wife.

“Yes it was one of the things that attracted me to you,” she replied.

“The woman they arrested, she interfered with Mick,” Stuart revealed.

“Well the police have got her now so you don’t have to fetch out your steaks and garlic,” Rainie joked.

“Babe this ain’t your battle,” Rainie remarked. “What you planning?”

“The best way to hurt someone is to take away what they most love,” he quipped.

Stuart then gave his brother a call and said: “Callum, you know your mate, Frankie? Can you get a message to her?”

The undertaker used to be a shady character when he first arrived in Walford and could resort to violence if Katy’s released from police custody.

Will he force Katy into confessing to her crimes by kidnapping Frankie and threatening to hurt her?

EastEnders continues on BBC One on Tuesday at 7.35pm.

Will There Be a Season 5 of 'Grantchester' on PBS?