Things keep going from bad to worse for Denise Fox (played by Diane Parish) as a figure from her nightmares is set to return to EastEnders very soon. The BBC soap’s super villain Lucas Johnson (Don Gilet) will arrive in Walford to wreak some more havoc on his ex’s life and might even try to take little Raymond off of her in a bitter custody battle to win back her affections. Will his devious tactics work?

In a recent interview on The One Show, actress Diane who plays the desperate mother, teased “dark moments” lie ahead for her character as the serial-killer tormentor darkens her door with ulterior motives yet to be revealed.

“We’ve got some dark moments coming up and some other characters coming into her life who are just making it even worse,” she told the studio team, noting that “it’s all falling apart at the moment” for poor old Denise.

Lucas terrorised Walford during his last bout on the Sqaure, with his convictions including killing his ex-wife Trina with a rake in the garden shed, throttling abusive Owen and kidnapping Denise and faking her death.

He really is one of the more memorable villains to grace the east of London. 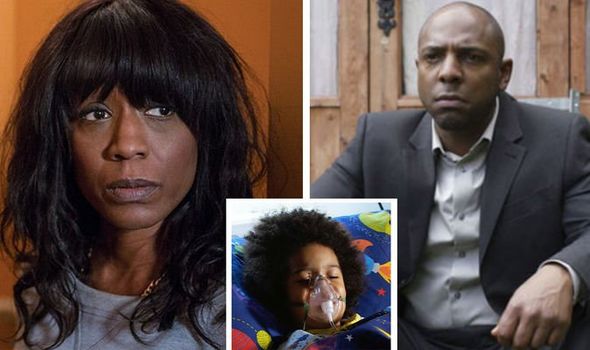 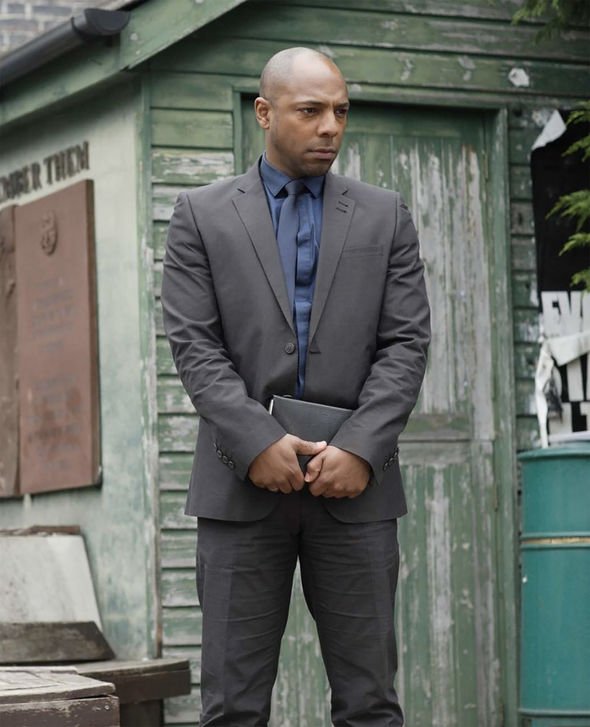 Earlier this month, a spokesperson for the show confirmed the rumours that he would be making the ultimate comeback after four years away, saying: “Don Gilet is returning to Walford as one of E20’s most notorious bad guys, Lucas Johnson, later in the year.

“Four years after he left The Square his comeback is set to cause shockwaves amongst the residents.”

The menacing character has been serving a lengthy prison sentence since his incarceration in 2010, last appearing on-screen in a prison scene in 2016.

But when he’s back, he makes a bee-line for Denise’s door, but what are his intentions this time? 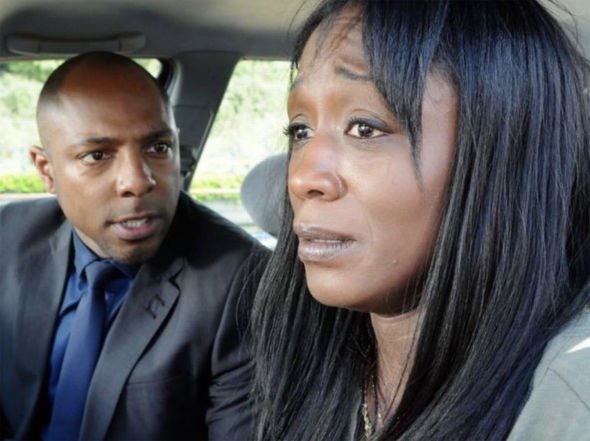 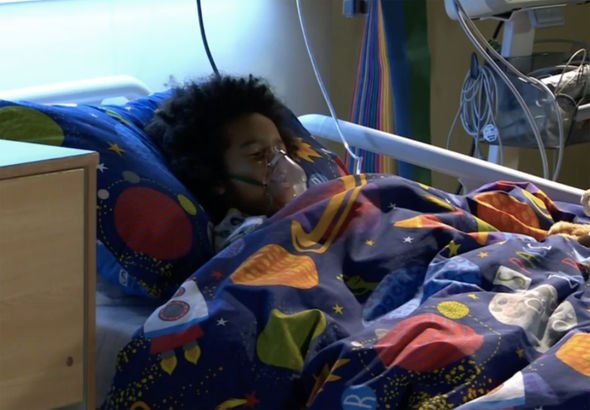 Denise’s life has slowly been spinning out of control since she learned that Raymond’s adoptive parents and sister were killed in a car crash last week.

Upon hearing the dreadful news, she legged it to the hospital where she came face-to-face with newcomer Ellie Nixon (Mica Paris), who is the little boy’s adoptive grandmother.

With Denise now keen to raise Raymond herself, could Lucas pose some sort of danger to her and her biological son?

If a custody battle commences and Denise wins, she might not realise what she’s getting herself and Raymond in for as Lucas reappears.

Might he try and gain custody of the tot so as to force Denise to come back to him?

Of course, there is no legal grounds for this as Phil Mitchell (Steve McFadden) is his biological father, but we know how good a liar Lucas can be.

He tried to fake Denise’s death and almost got away with it – could he dabble in some sort of persuasion tactics here too?

Ahead of his debut, actor Don revealed he was “thrilled and honoured” to be asked back to the show.

“To breathe life once again into such a complex, controversial and divisive character but, most importantly, to have another opportunity to work alongside one of the UK’s finest actors, Diane Parish, I feel blessed,” he gushed.

On Lucas’ upcoming terror plot, Executive Producer Jon Sen, also added: “Bringing back Don to the Square has been on our wish list for some time now as there’s definitely some unfinished business with Lucas and he certainly hasn’t let Denise go.

“His reign of terror put him firmly up there with Walford’s biggest villains and I can’t wait for audiences to watch his return unfold.”

Where are the cast of Downton Abbey now? Find out what Hugh Bonneville, Joanne Froggatt and more are up to