The pair got off to a bit of an awkward start as Ian didn’t appear to know how to act around Bobby, who was responsible for the death of his sister Lucy (Hetti Bywater).

However, Ian’s half-brother Ben Mitchell (Max Bowden) encouraged Ian to be proud of his son now that he’d served his time for his crimes.

As a result, Ian, Ben, Bobby and Kathy (Gillian Taylforth) headed off to the Queen Vic on BBC soap EastEnders.

Since his arrival a few weeks ago, Bobby has kept a very low profile and barely left the house, and when he did, he was accosted by Max Branning (Jake Wood).

Bobby’s arrival at the boozer invited a lot of stares and comments from other punters who knew what he’d done.

Rainie Branning (Tanya Franks) in particular was being incredibly hostile as she shouted insults across the pub.

However, Max surprisingly remained silent at first and when he did pipe up, he did something rather unexpected after a word from Mel (Tamzin Outhwaite).

He gave the family money for a round and urged the on-lookers to stop judging Bobby.

The family were left open-mouthed at the gesture, but young Bobby suddenly ran out to go home. 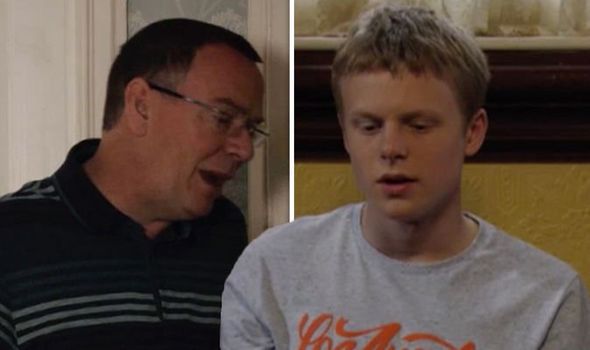 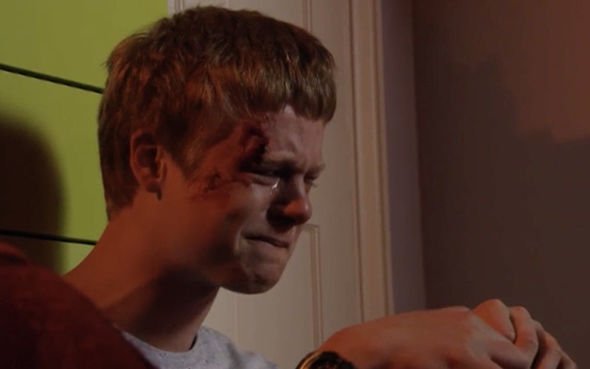 Later on, as he shut himself away in his room Kathy and Ian tried to speak with him from outside the door.

“Bobby, it will take a while but we’ll get there, okay?” Kathy pleaded with her grandson.

But he replied from the other side of the door: “Leave me alone.”

Ian then said: “Bobby, the most important thing is that we’re all together again. Okay, that’s all that matters. We can work anything out.”

“Bobby, I promise you,” he continued.

“Leave me alone. Please,” Bobby said as he slunk to the floor and sobbed.

In that moment, Bobby also revealed a nasty wound on the side of his face which appeared to be self-inflicted. 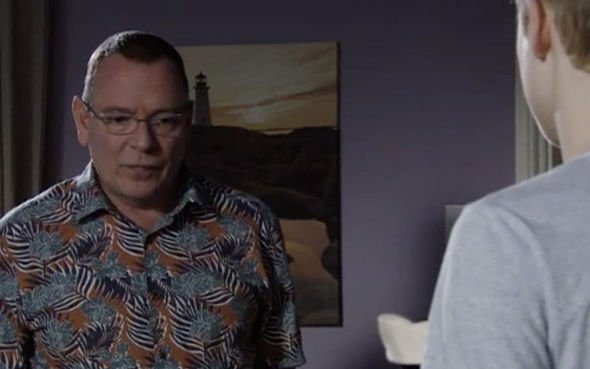 Struggling to cope in the aftermath of his release from prison, it looks as though Bobby is in need of help.

But will his family cotton on to what’s happening?

Elsewhere, Mel was impressed by Max’s display in the pub as her own son Hunter Owen (Charlie Winter) is also a killer.

The pair shared a kiss, much to Rainie’s horror as she saw from afar.

But will she plan epic revenge for her husband?

EastEnders continues tomorrow at 7.30pm on BBC One.