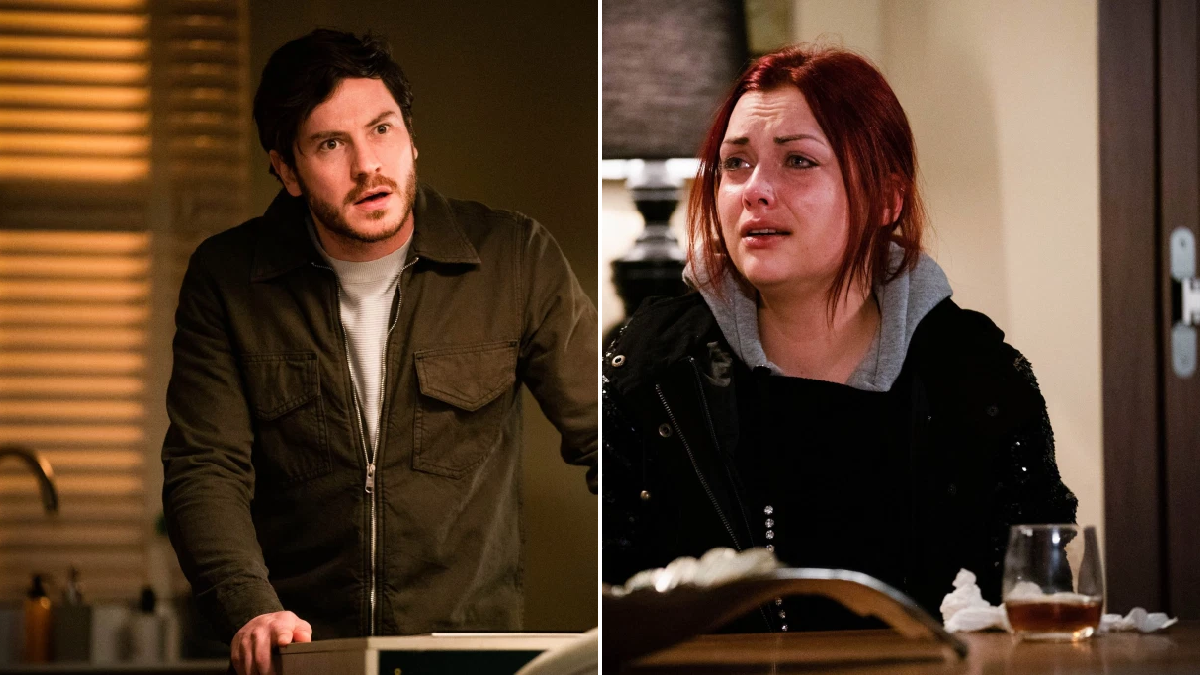 This is the moment that Gray Atkins (Toby Alexander-Smith) has the audacity to be shocked at Whitney Dean (Shona McGarty) for potentially causing a death in EastEnders.

Gray, already a triple murderer, is stunned when Whitney arrives home in floods of tears, telling him that she has run someone down – in his car!

As it remains to be seen whether Whitney flees the scene of the crime without anyone seeing her, could Gray be the one to take the blame for what happened?

And is he prepared to sacrifice himself in order to continue to reel Whitney under his control.

A helpless Whitney turns to him for support but, having got away with murder three times, will he be able to get her out of this mess?

And can Whitney ever forgive herself for her actions?

Actress Shona told Metro.co.uk: ‘Her intention isn’t to kill – it’s to gatecrash the wedding. When she sees everyone under the bridge, she thinks “I have nothing to lose – I have lost the love of my life, that’s it”. She just wants the Mitchells to hurt the way she is hurting I guess, she doesn’t intend to kill.’

Of course, Whitney is yet to learn the truth about what Gray is really like.

Shona added: ‘We genuinely know nothing about the climax for Gray or if there even is one – we’re just waiting. I prefer that – as a fan of the show, it’s great reading the scripts and getting that “oh my God!”

‘All I get asked now is “when is Gray going to be caught?” Whitney has no idea how much danger she is in from Gray.’

EastEnders airs these scenes on Thursday May 13 at 7:35pm on BBC One.