The pop star, 24, looks great and is full of attitude as she covers her body with a colourful guitar design. 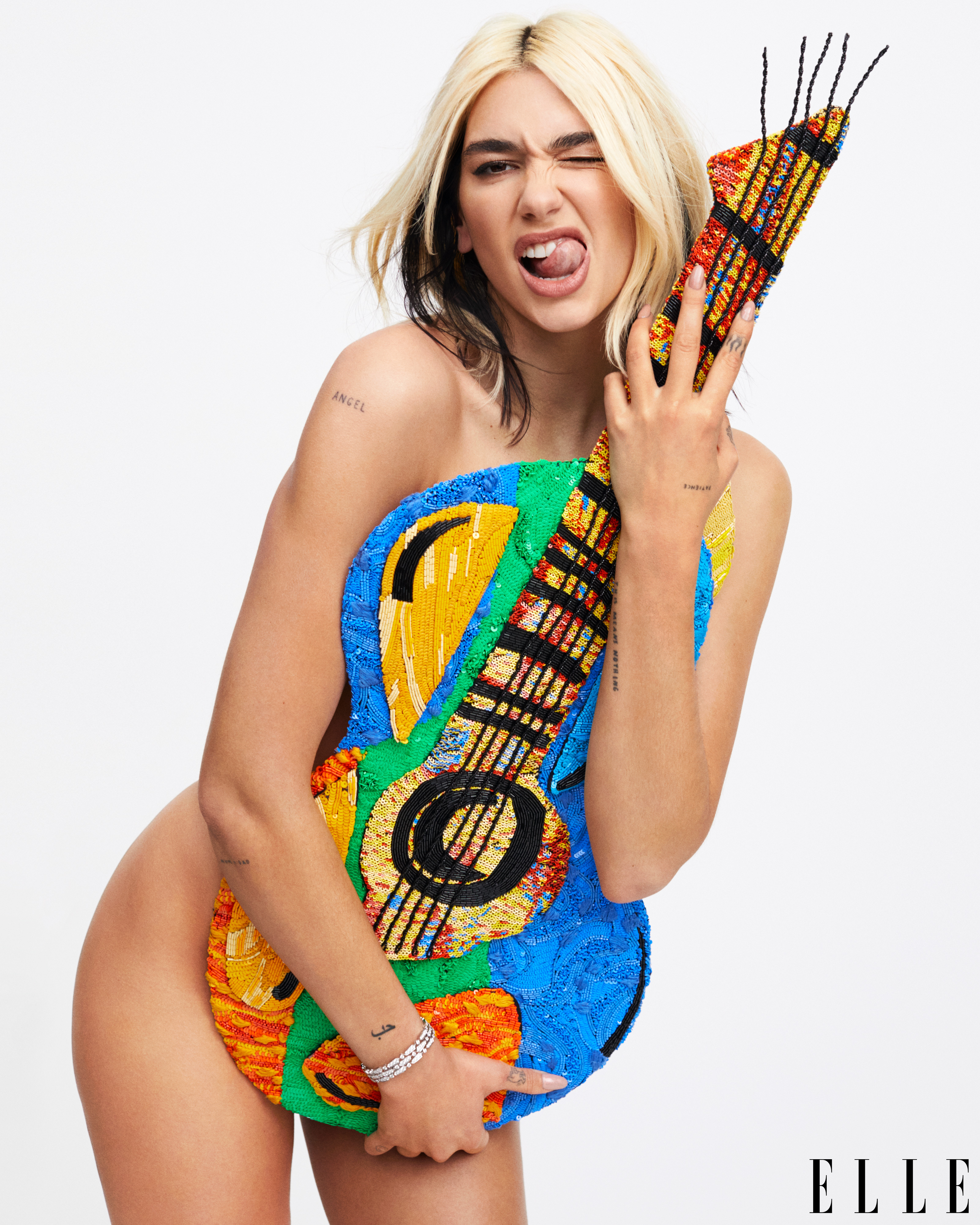 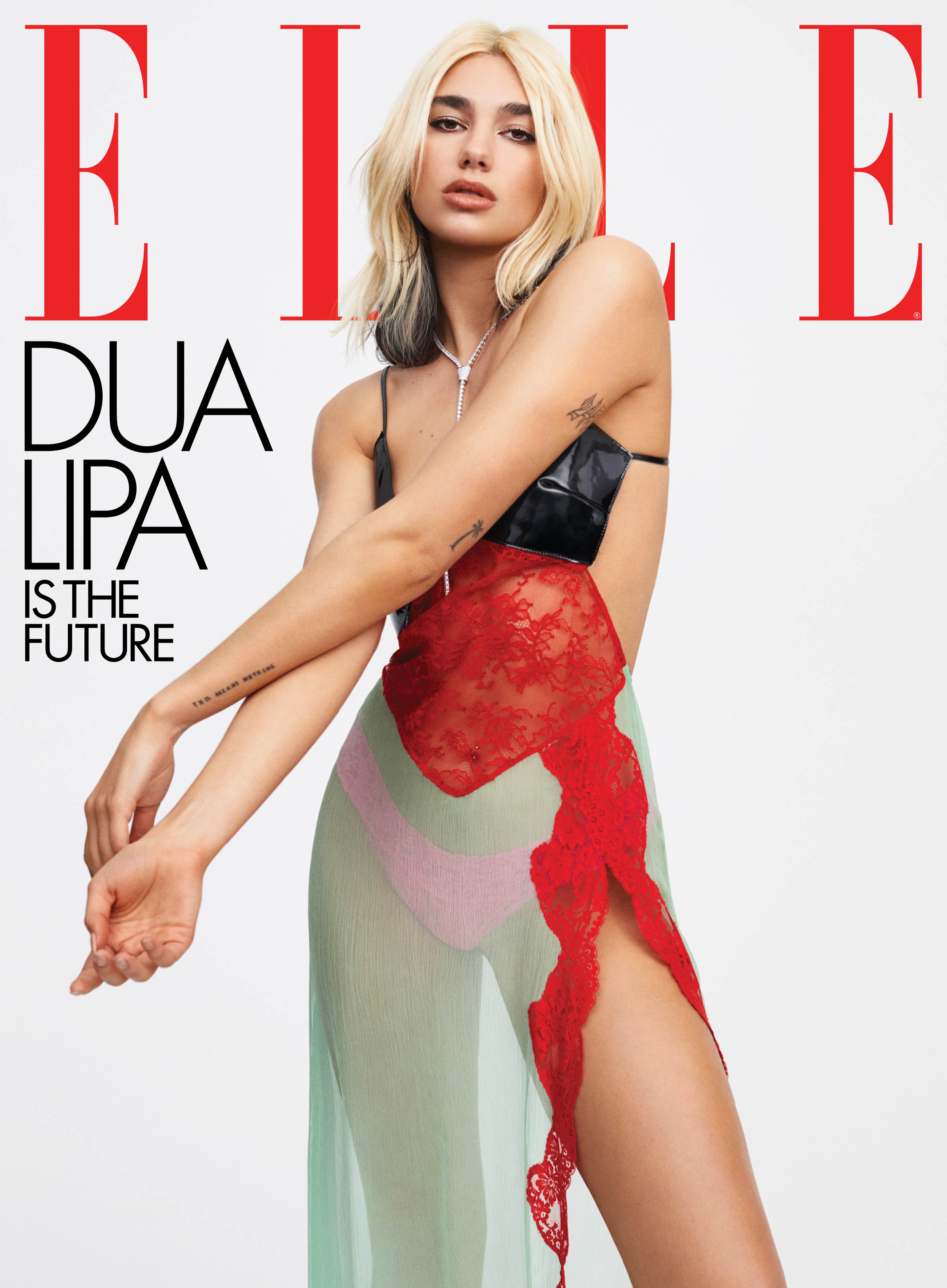 Award-winning Dua is spending lockdown with boyfriend Anwar Hadid and told the publication they're "making the most" of the unusual circumstances.

She said: "Of course Anwar misses his family, and soon we'll hopefully get to go back and see them but now that we get all this extra time, we're just making the most of it.

"And that's been really nice. We're trying to see the bright side."

The couple have been filling their days by binge-watching Netflix shows and films. 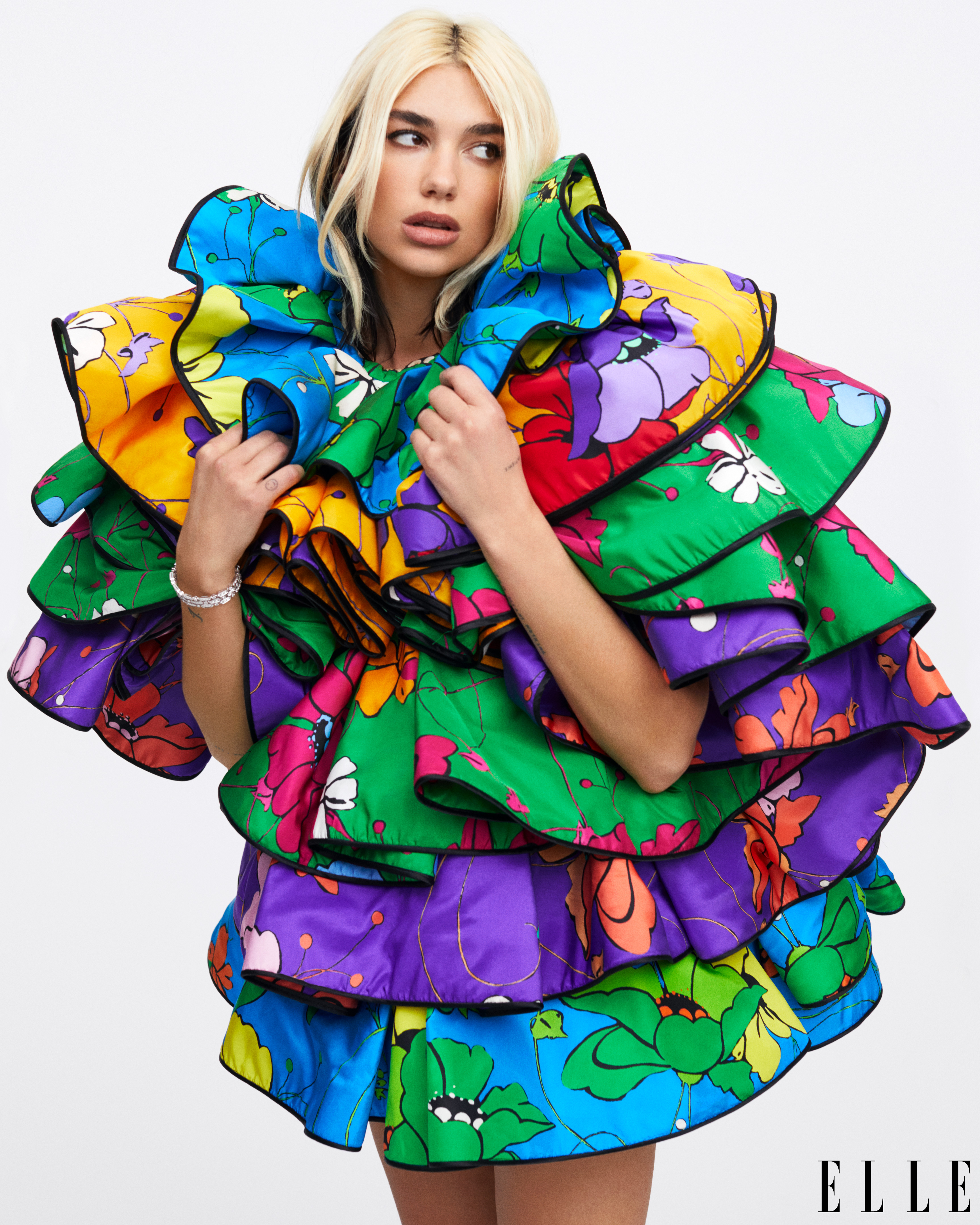 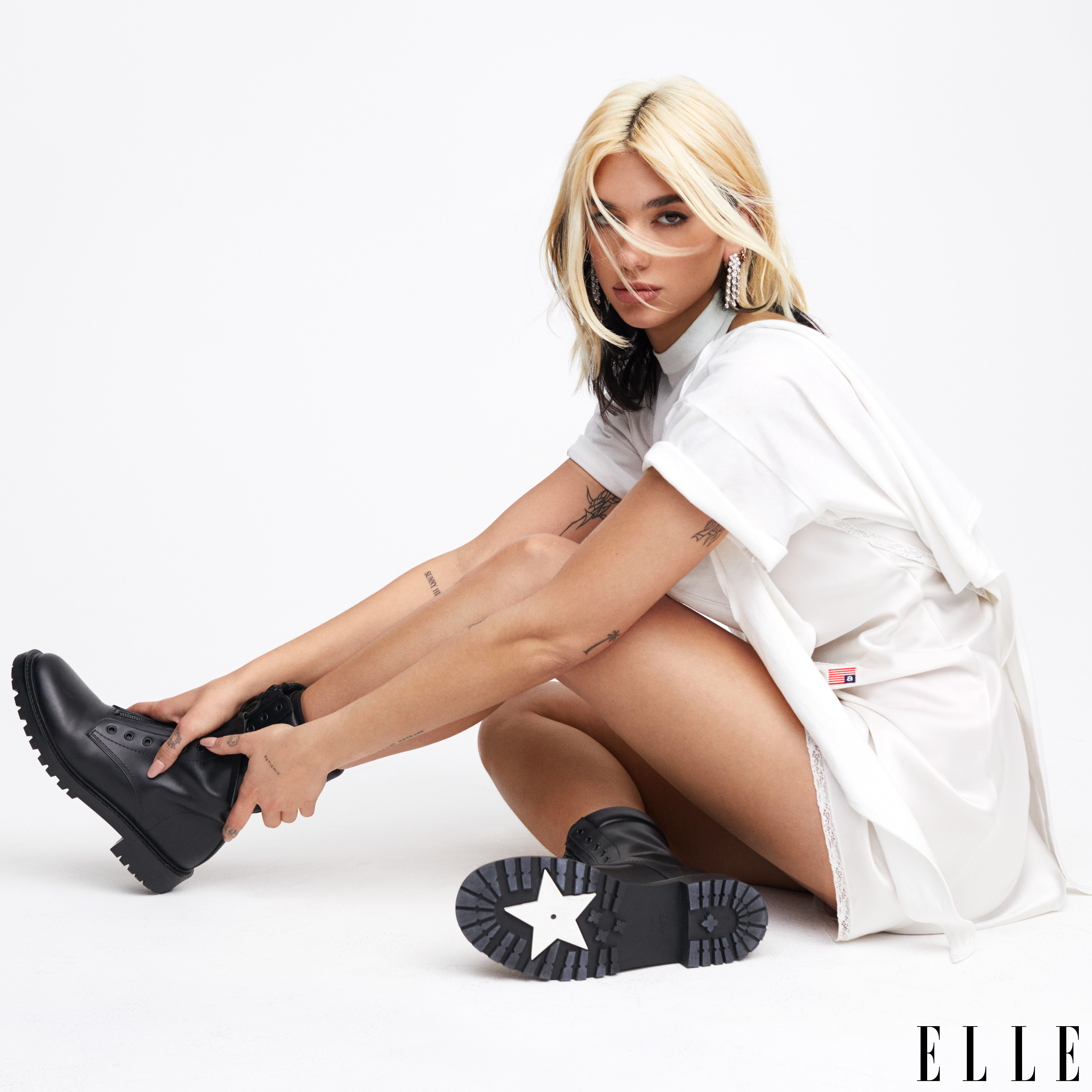 Dua said: "Oh my God, I've watched so many shows—Ozark, Tiger King, The Night Of, The Outsider, Servant, did I say Ozark? And lots of movies, too."

While in lockdown the star achieved her first UK number one album with Future Nostalgia climbing to the summit after debuting at number two.

She said of the record: “The way I write my music, I’m always very open, and I allow myself to be vulnerable.

“And I feel now more than ever that it’s brought me closer to my listeners. I think it’s important to talk about your emotions and to be vulnerable and to show that you’re human."

The Don’t Start Now singer recently revealed she is teetotal and cutting down on cigarettes to protect her money-making voice. 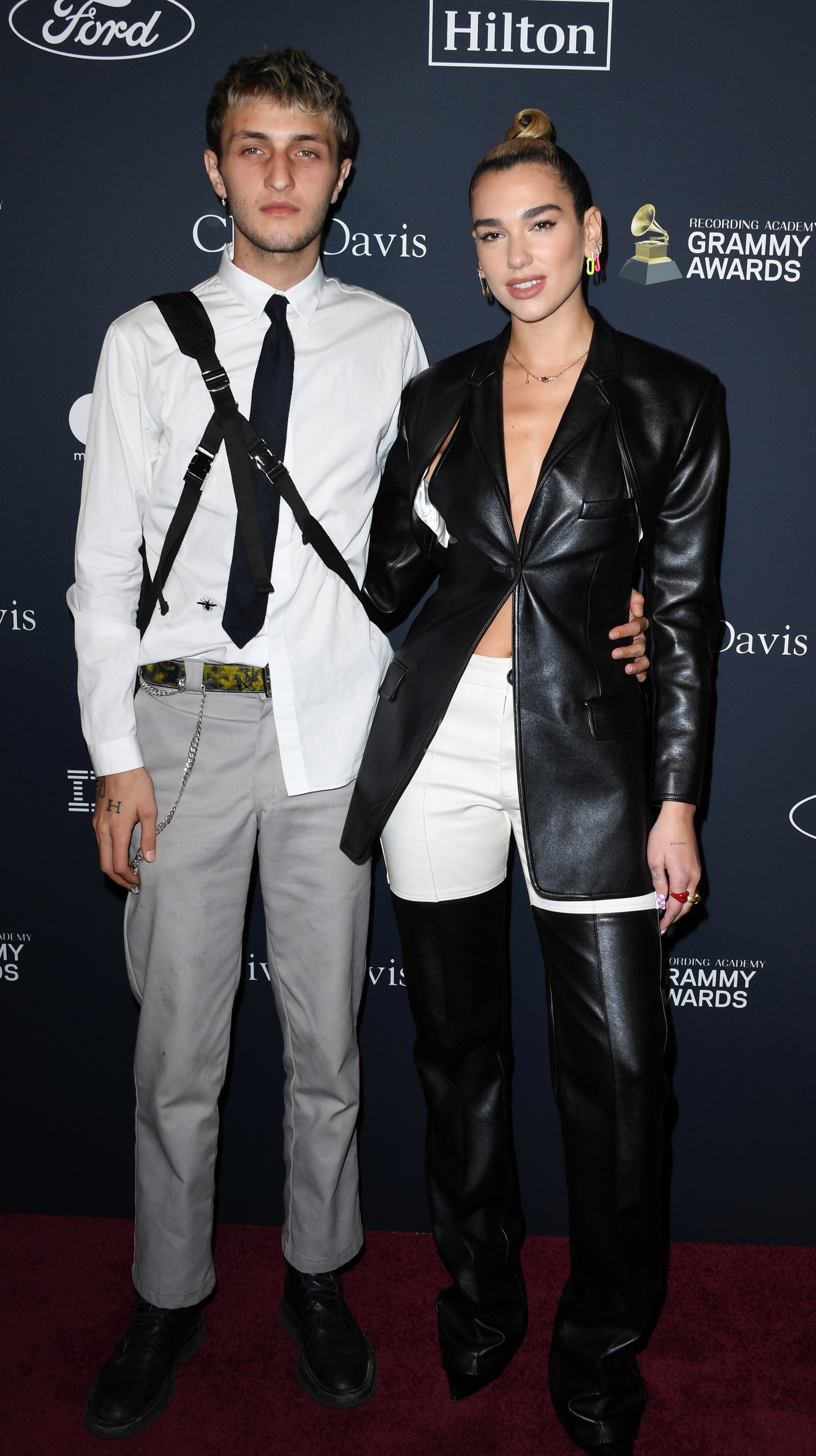 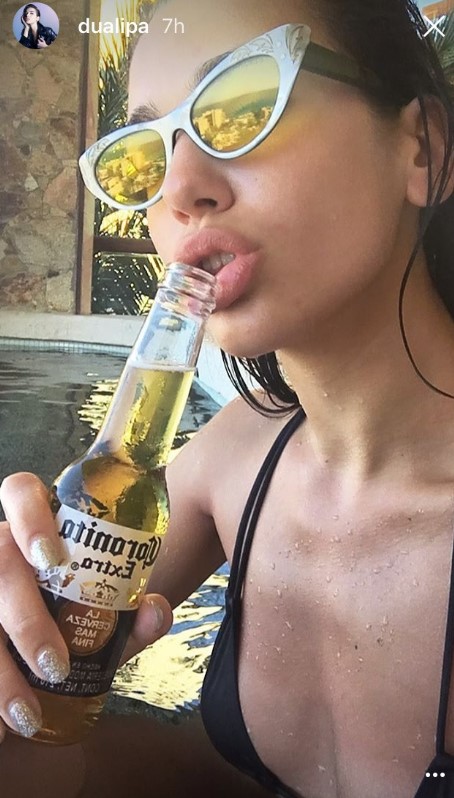 That means a very sober time while holed up in the Airbnb she is sharing with Anwar in London.

The Brit singer said: “I don’t do dairy when I’m singing.

“I’ve also stopped drinking and I don’t smoke, either, when I’m touring.”

It may make her nights out very different, having been a notorious party animal.

She famously visited a strip club in LA with Lizzo after this year’s Grammy Awards.

But with her tour now delayed because of coronavirus, she may be able to put off her health kick for a bit. 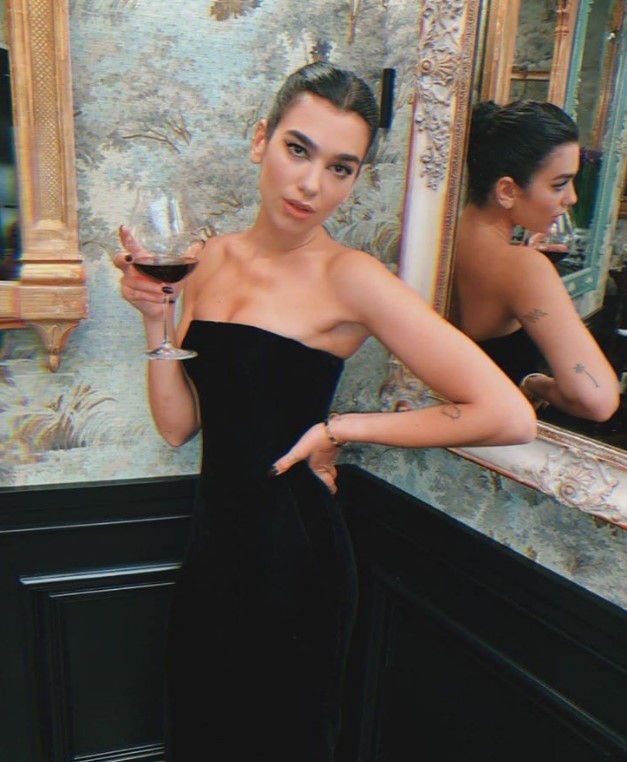 She said: “It’s rubbish to postpone the tour but we all have to be safe.

“Now 2021 will be when the UK and Europe tour is happening.

Dua Lipa's full May 2020 Elle cover and interview with Elle is out on April 28.

Lucifer season 5: Who are the 7 Archangels? Is Lucifer Morningstar an angel?