DRAKE has revealed his hurt at his father's claims that he sensationalised their estranged relationship for the benefit of his record sales.

The 32-year-old rapper slammed back at his dad, Dennis Graham, on Tuesday, saying that he was 'sad' that his family was 'like this.' 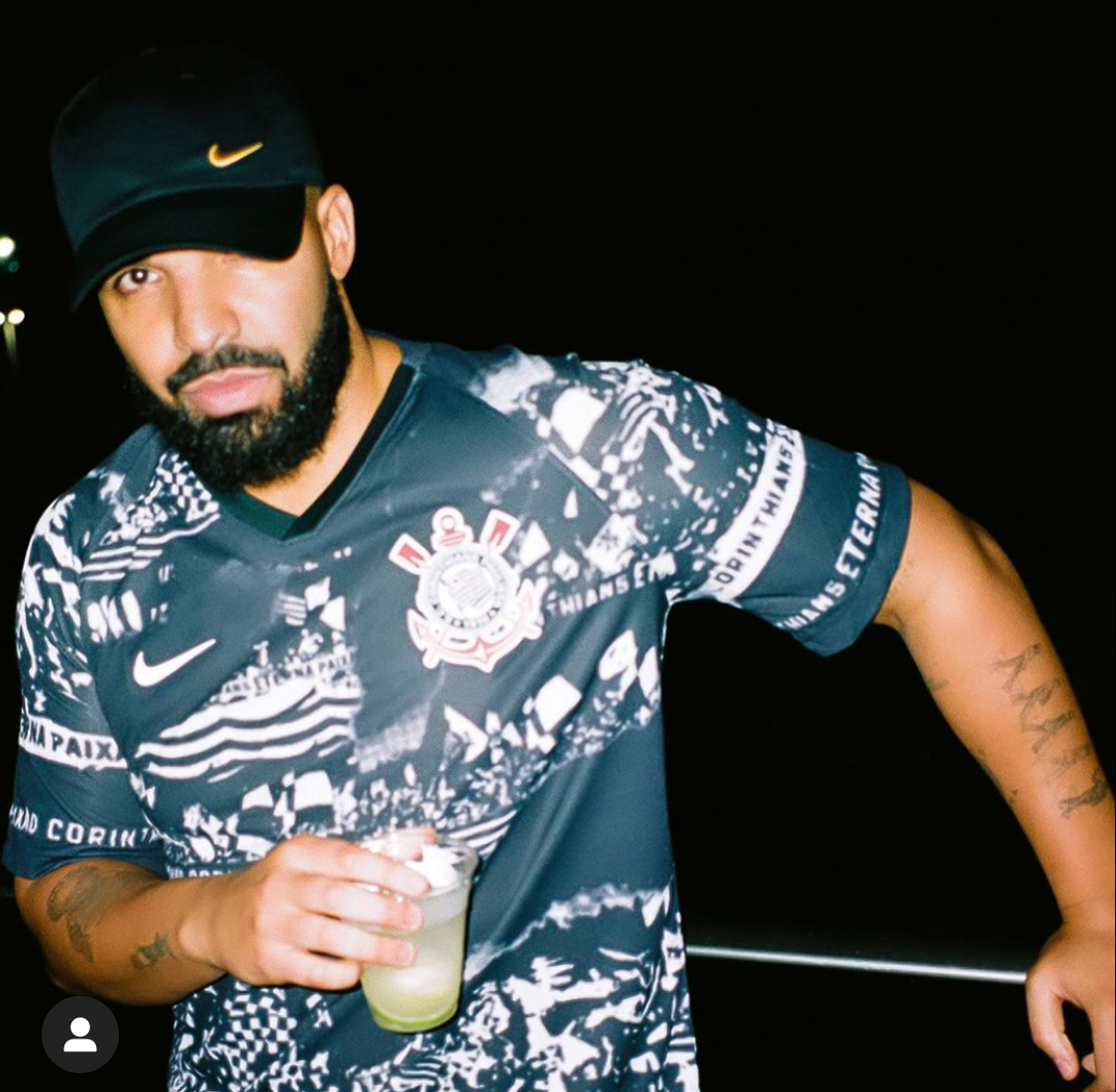 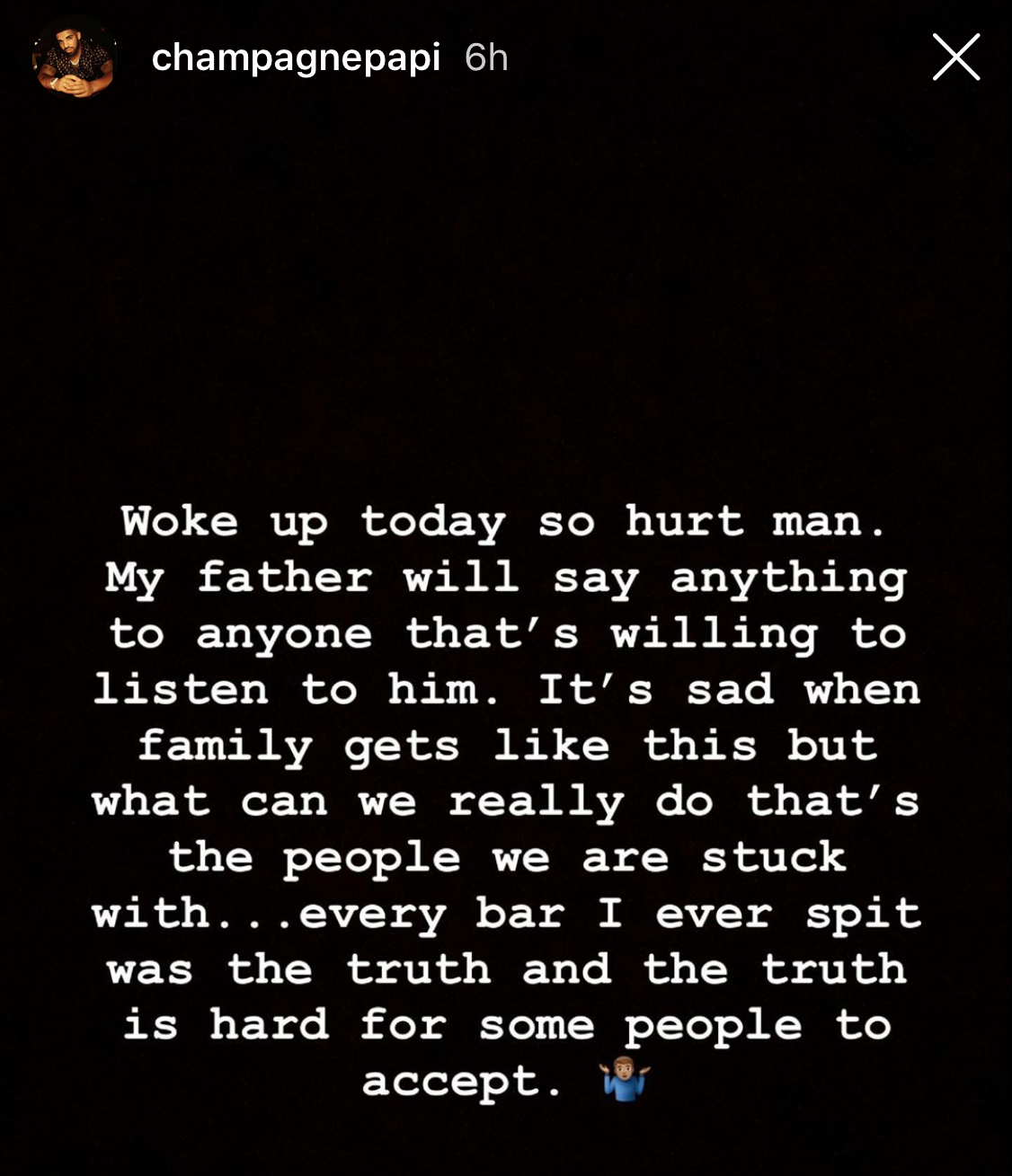 He wrote on his Instagram stories: "Woke up today so hurt man. My father will say anything to anyone that’s willing to listen to him.

"It’s sad when family gets like this but what can we really do that’s the people we are stuck with … every bar I ever spit was the truth and the truth is hard for some people to accept."

It comes after the Canadian superstar's father appeared on the radio and denied he is an absentee dad, despite being portrayed that way in the music of his four-times Grammy Award winning son.

He told host Nick Cannon on Power 106: "I have always been with Drake. I talked to him if not every day, every other day and we really got into a deep conversation about that [topic]."

The Fake Love rapper was then accused by his dad of portraying him that way simply to boost his record sales. 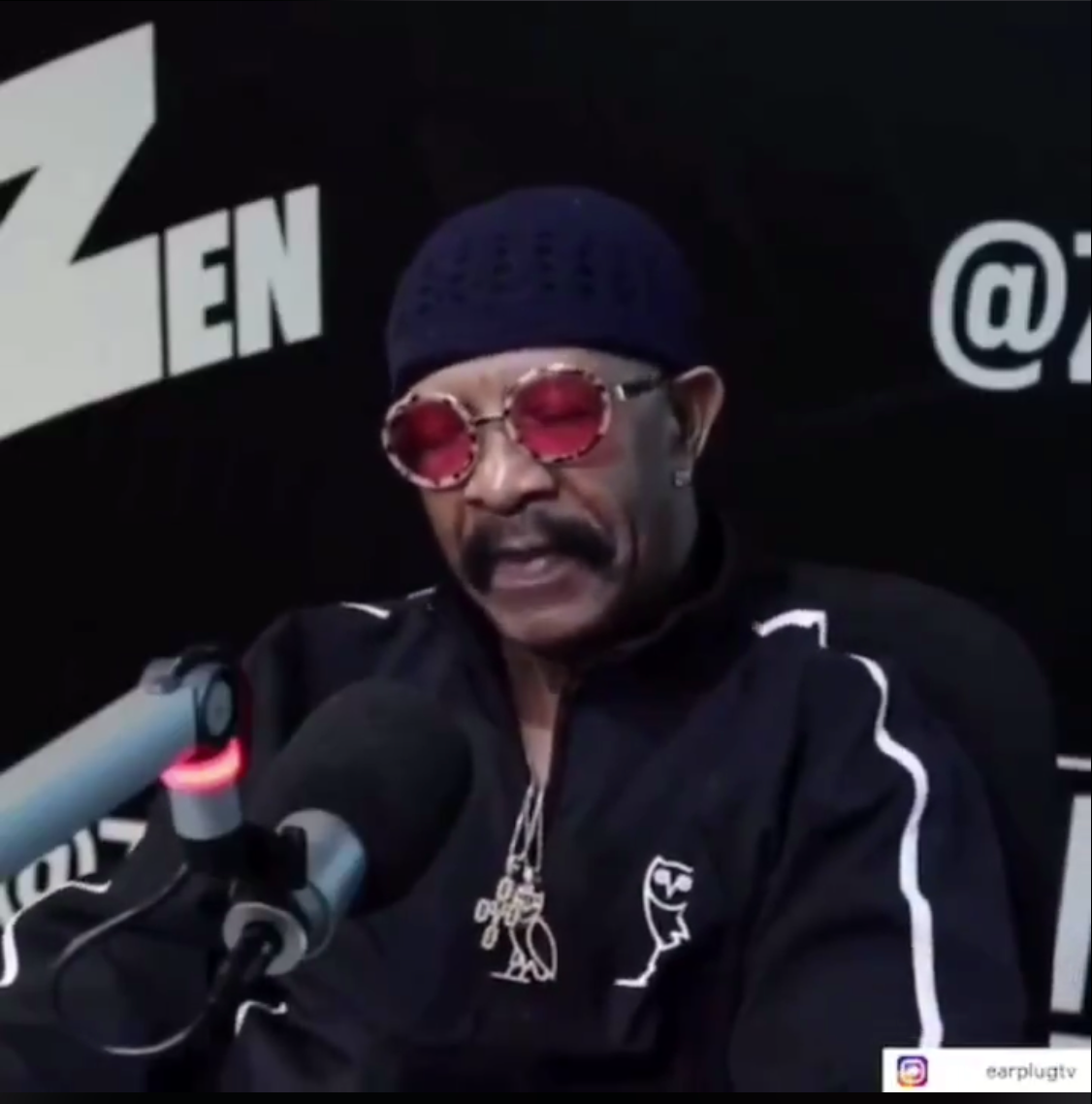 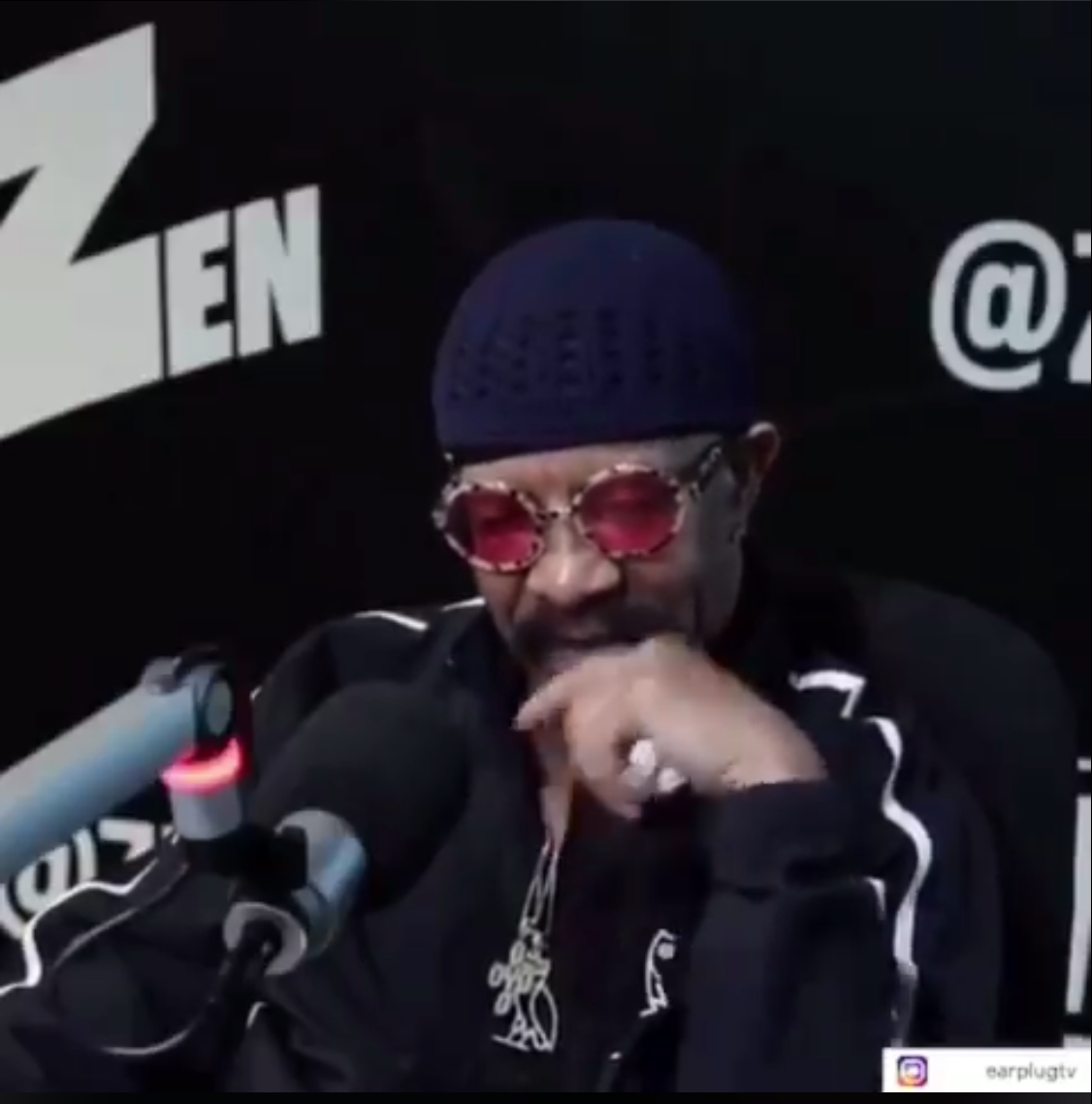 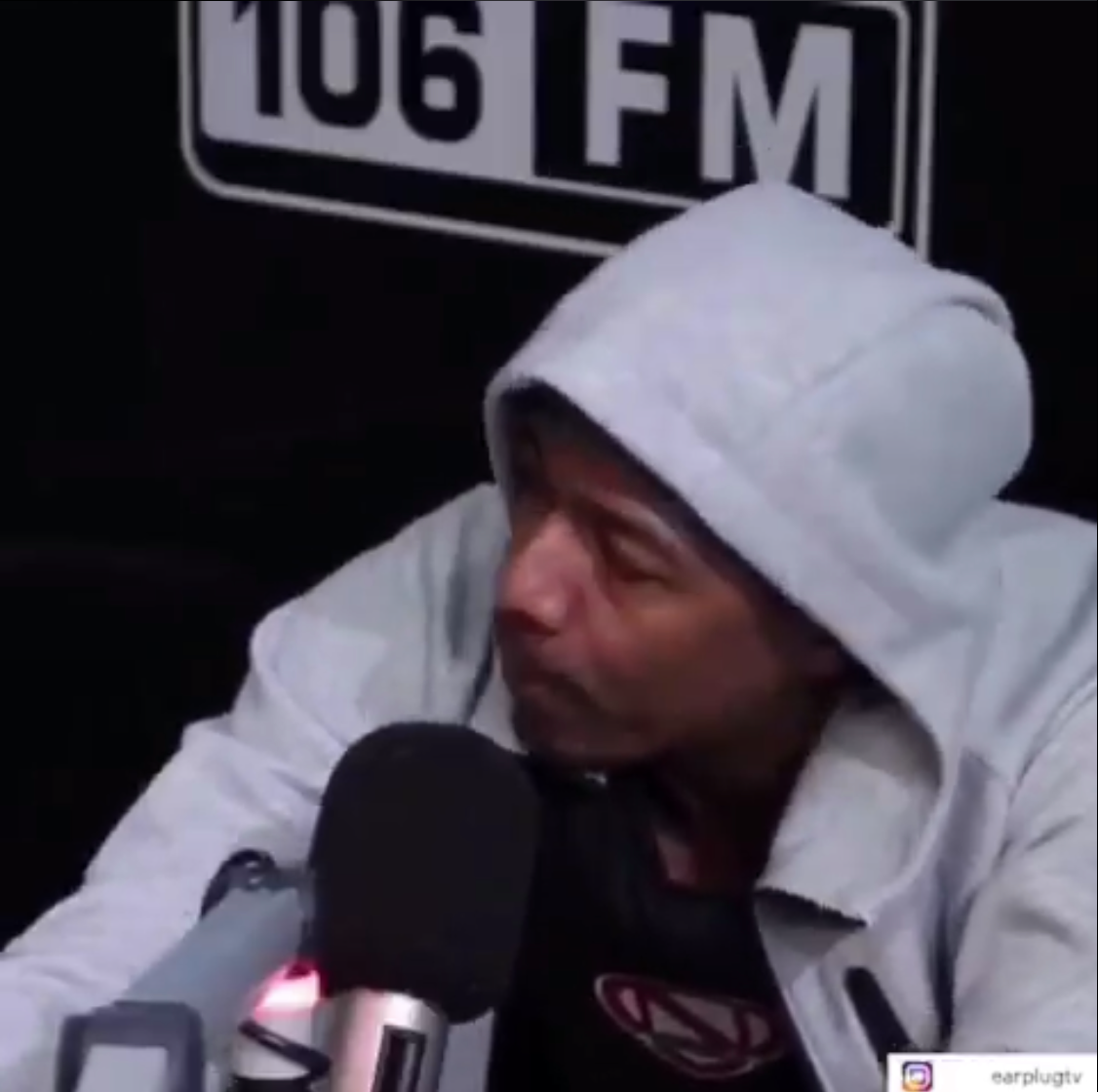 "I said, 'Drake why are you saying all of this different stuff about me, man? This is not cool.' And he goes 'Dad, it sells records,'" Graham told Cannon last Friday.

Drake – whose full name is Aubrey Drake Graham – did not respond until Tuesday on social media.

His parents divorced when he was 5-years-old, and after the split, he and his mother remained living in Toronto, while his drummer father returned to Memphis, where he was incarcerated for a number of years on drug-related charges.

On his track Look What You've Done, Drake alleged that his father did not pay child support and therefore was not in his life at times.

The former love of Rihanna is known for bearing all through his music and using his personal experiences to inspire his artistry.

The Blacklist season 7 streaming: How to watch online and download