The interactive adventure is set to go live later this month, with John Barrowman scheduled to reprise his role as Captain Jack Harness in the form of a pre-recorded clip. However, he has since been axed following the accusations he exposed himself on the set of BBC’s Doctor Who and the spin-off Torchwood. It has also been reported that Doctor Who producer Julie Gardener claimed she had once reprimanded the actor following a complaint about his behaviour while filming for Torchwood.

A statement on the Doctor Who: Time Fracture website confirmed its decision to remove Barrowman from the clip.

“Immersive Everywhere has taken the decision to remove [John Barrowman’s] pre-record from Doctor Who: Time Fracture,” the statement read.

“We will continue to include content that pays tribute to this brilliant show that is Torchwood so as not to disappoint its fans and are working on an exciting storyline to be announced soon.”

The news comes after a runner and a driver, who worked on Doctor Who in the early 2000s, claimed to The Guardian that Barrowman “would get his genitals out [on set] on a regular basis”. 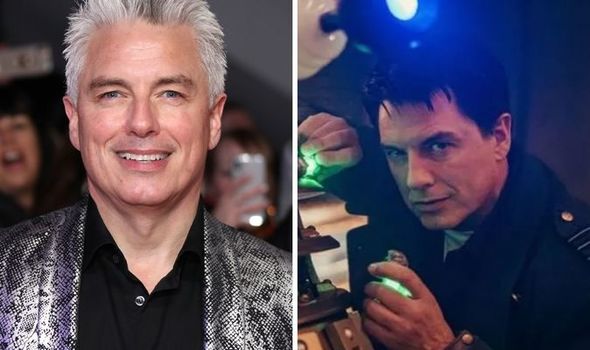 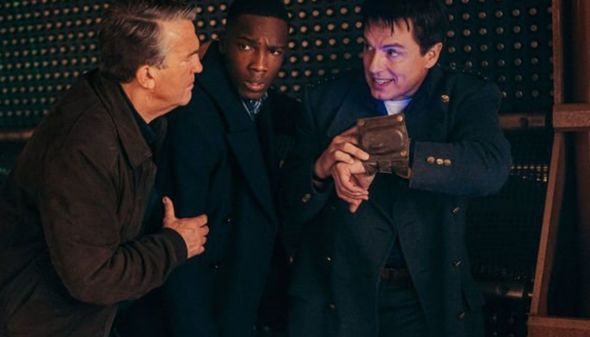 The runner, named as Jenna [not her real name], went on to add to the publication: “He just thought it was really funny.”

The accusations arose following a video of Barrowman which resurfaced online from 2015.

It showed Noel Clarke making jokes about Barrowman exposing his genitals “every five seconds” and “hitting on everything”.

The 54-year-old, who played Captain Jack Harkness in Doctor Who, has since apologised for his behaviour and claimed it was “tomfoolery”. 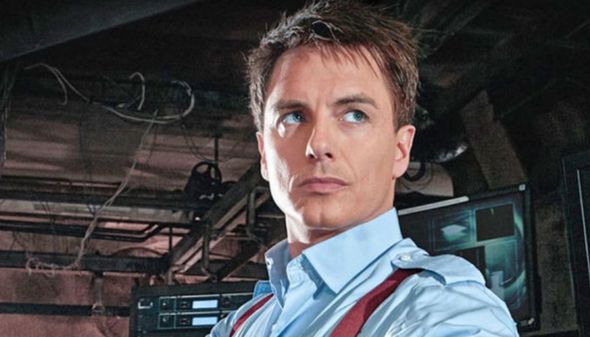 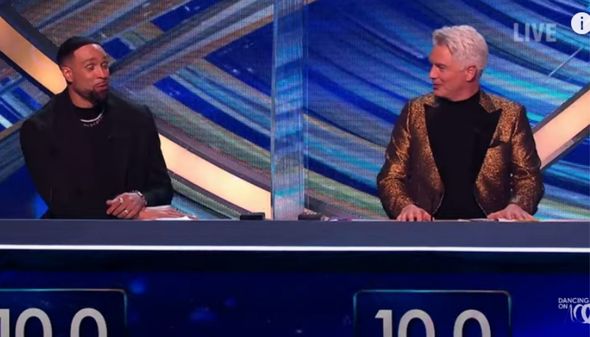 In a statement to The Guardian, the actor explained: “With the benefit of hindsight, I understand that upset may have been caused by my exuberant behaviour and I have apologised for this previously.

“Since my apology in November 2008, my understanding and behaviour have also changed.”

The news of Barrowman’s removal from Doctor Who: Time Fracture has sparked a mixed reaction from fans online.

A lot of fans have shared their support for the actor, with many calling the decision “ridiculous”.

One fan penned: “I hope you know that all the GENUINE people are on your side. Cutting you from Time Fracture is a mistake and you have always been a blessing to people’s lives.”

Another wrote: “I don’t care if this gets me ‘hate messages’ but John Barrowman being taken off Time Fracture for acts he apologized for in 2008! 13 years ago Is f*****g stupid. As far as I’m concerned he has changed his ways too. Ridiculous AND it seems to be taking coverage away from…” (sic)

A third commented: “I just read that, due to the recent controversies, John Barrowman’s had all his involvement in ‘Doctor Who: Time Fracture’ removed. I’m actually more sad than shocked.”

“Shame but at the end of the day it’s understandable. I do hope John can still come back from this though in a few months time,” a fourth tweeted.

Earlier this week, Tory MP Alec Shelbrooke spoke out about the claims made against the actor and urged Barrowman to step down from his role on Dancing on Ice because it is a family show.

Shelbrooke told The Sun that Barrowman’s “inappropriate” behaviour is not acceptable.

“ITV and the BBC have a responsibility with the standards they set,” the MP explained.

“Dancing on Ice is a family show and ITV shouldn’t be willing to indulge this behaviour in any way.”

ITV and John Barrowman are yet to publicly address the latest reports.

Express.co.uk has contacted ITV and John Barrowman’s rep for comment.