The pair have a long-standing history together 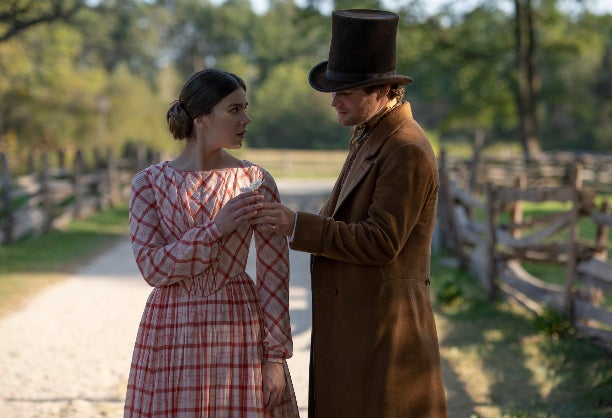 “Dickinson” Season 2 gets straight to the point with its opening narration: while there are many letters and accounts of Emily Dickinson’s life leading up to the wedding of Sue (Ella Hunt) and Austin (Adrian Blake Enscoe), there’s not much historical evidence about what came after. Only a handful of letters exist, which means it’s up to us — and showrunner Alena Smith — to piece together Emily’s continuing story.

Fortunately, “Dickinson” doesn’t need to rely solely on Emily’s life to do that, as the show has a lot to work with. America in the 19th century was a hotbed of historical foundation, from the conflict over slavery to the rise of the Industrial Revolution. Season 2 largely centers on Emily wrestling with her anxiety over being published; to this end, one of the new characters we meet is Springfield Republican owner and editor-in-chief Samuel Bowles (Finn Jones).

Bowles strikes up a friendship with Emily after meeting her at a party hosted by Sue and Austin, and spends most of the first three episodes trying to convince her to share her work with the world. The opening montage of the first episode makes it clear that either Bowles or the paper itself (or possibly both) will play a crucial role over the course of the season.

But did Samuel Bowles really know Emily Dickinson? Or did the show take liberties with having Emily meet famous 19th century contemporaries, like it did in season one with Henry David Thoreau?

In this case, “Dickinson” remains true to its historical roots. Bowles, who is best remembered for helping turn the Springfield Republican into one of the most influential papers, did know Emily. It’s also true that he met her the same way they meet in the show: at Sue and Austin’s. In Susan Dickinson’s writings, “Annals of The Evergreens,” she remembers Bowles “as the first guest in our newly married home.” In those same writings, Sue talks at length about how her friendship with Bowles was lifelong.

According to letters and accounts, Emily began writing to Bowles soon after she met him. She shared dozens of poems with him, which is an aspect of their relationship that does differ in the show: Emily is hesitant to share her work with the world, much less Bowles.

There are also conflicting reports that Emily and Bowles were closer than just good friends. According to the Emily Dickinson Museum, “although scholars generally agree that Dickinson’s relationship with Bowles was one of the most significant in her life, interpretations of the nature of their friendship vary. While some feel he is a primary candidate for the Master figure, others argue he was simply a close friend whom she trusted enough to share her deepest troubles.”

In short: Emily was definitely closer to Bowles than the show is letting on…at least for now. Just how close their relationship will become remains to be seen over the course of the season, but one thing’s for certain: Bowles will be an important figure in Emily’s world, just as he was in real life.

How to watch Love Island outside the UK, is the ITV Hub free and what time do episodes become available?

Piers Morgan lashes out at Susanna in furious lockdown rant ‘Not fighting for country!’