Dexter: New Blood reintroduced Dexter Morgan’s son Harrison. Dexter fans had not seen Harrison in many years and he isn’t the bouncing 5-year-old he used to be. He is a teenager still trying to process the trauma he endured as a child. In Iron Lake, Kurt Caldwell begins to take Harrison under his wing. Unlike Dexter, Kurt wants Harrison to embrace his darkest urges. Dexter meanwhile is desperately trying to connect with his son and keep him from hurting innocent people. 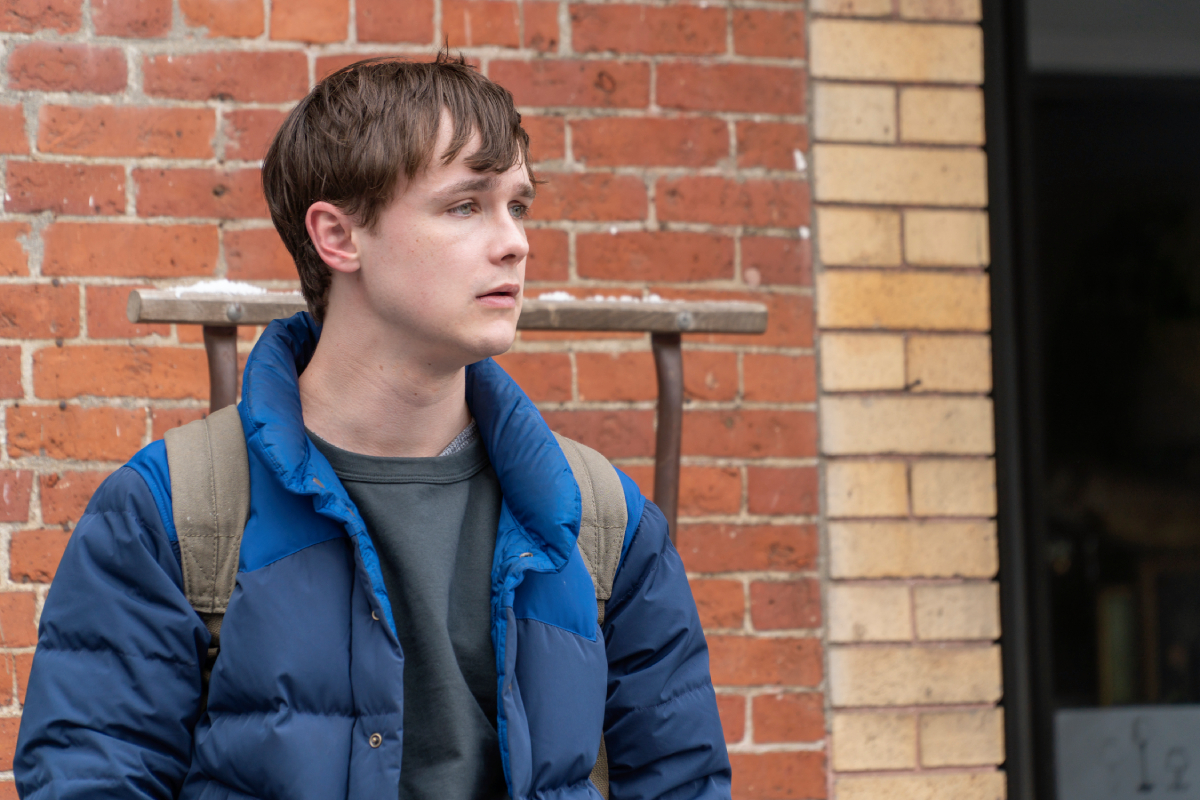 Does Harrison have a Dark Passenger in ‘Dexter: New Blood’

Like Dexter, Harrison was born in blood. He suffered a traumatic experience as an infant when his mother Rita was murdered in front of him by the Trinity Killer. Ever since then, Harrison has had the urge to hurt people.

Harrison’s dark urges slowly reveal themselves. At school, he gets into an altercation with his friend Ethan, supposedly because Ethan was planning to shoot up the school. However, Dexter soon discovers that Harrison attacked Ethan unprovoked. Under encouragement from Kurt, Harrison also purposely breaks another student’s arm during a wrestling match.

Dexter is clearly conflicted. In some ways, he wants his son to be like him so he won’t feel so desperately alone. Yet he also still hopes Harrison can be free from the burden he carries.

In Dexter: New Blood Episode 8, Dexter rescues Harrison from Kurt. He finally confesses his own darkness, earning him a hug from Harrison. It seems like Dexter has finally pulled Harrison back from the dark path Kurt was leading him toward.

In an interview with TV Fanatic, Dexter: New Blood Executive Producer Scott Reynolds discussed Harrison’s story arch in the revival. “We planned this whole season as a battle for Harrison’s soul. As we, the viewers, watch Dexter interact with his son, we wonder if Harrison has a Dark Passenger and who will win out?” he told the outlet.

“We wanted to have these two amazing father figures. Kurt’s ‘cover story’ of who he is in this town is a very wonderful guy, the guy you want to hang out with. He likes to coach. It’s even in the way he picks his victims.”

In a shocking twist, Harrison very nearly becomes one of these victims. Like the runaway women he has murdered, Kurt first shows Harrison what seems like a great deal of kindness. “He wants to help people, and I think that’s genuine,” Reynolds told TV Fanatic. “People can be a lot of things at once — look at Dexter. He cared for Hannah, Deb, and he clearly loves his son.”

Meanwhile, Harrison is looking for a father figure, and here’s this guy that’s offering him everything. Kurt is a great coach. When Harrison breaks Jeremy’s arm, that makes him lean into this kid even more because that’s the kid he always wished he had.”

Next on ‘Dexter: New Blood’

Luckily in Dexter: New Blood Episode 8, Dexter was able to save Harrison from Kurt at the last second. The promo for episode 9 shows Dexter coming clean to his son about his Dark Passenger. The episode synopsis reads, “Dexter and Harrison find themselves closer than ever over Christmas break,” according to cartermatt.com.

However, it won’t all be smooth sailing for the father and son’s holidays. Kurt is still alive, and the promo shows him making a surprise appearance at Harrison and Dexter’s Christmas celebration.

'Tiger King': Find Out 'What Really Went Down' in TMZ Follow-Up