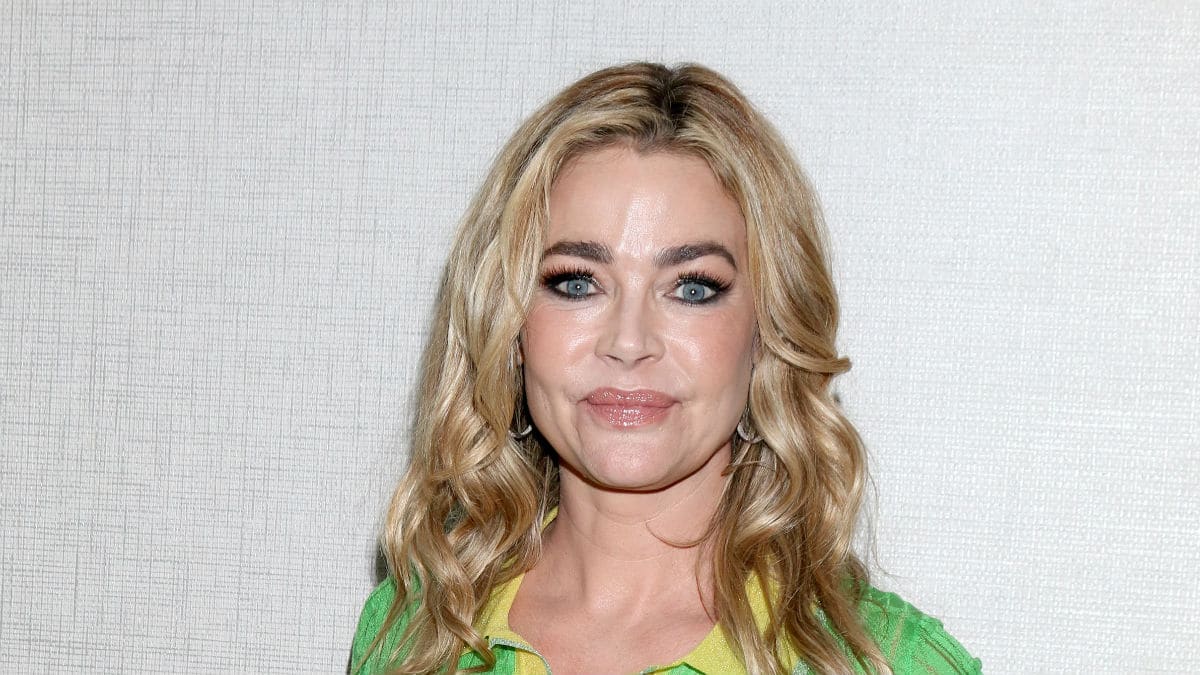 BH90210 aired the Season 1 finale and fans are freaking out. The show about the actors doing a reboot of the show with lives that are partially theirs but also partially not has garnered a lot of attention. It isn’t a typical reboot, and that is what had people talking since episode one.

Denise Richards popped up on BH90210 for the season finale. She originally appeared on Season 2 of Beverly Hills, 90210 as Kelly Taylor’s (Jennie Garth) cousin Robin. Steve Sanders (Ian Ziering) attempted to hit on her, but Robin wasn’t interested.

On BH90210, Denise Richards played herself. She and Ian Ziering crossed paths at the kickoff party. The two talked about looking forward to the other’s shows, but it didn’t end there. The two went up to the hotel room, and from there, they landed in bed together.

Such a fun night last night @bh90210 style… – All work and no play makes the #bh90210 cast no fun… So last night, the cast, producers, fab costume designer @mandiline , my hair bestie @laurarugetti , and some of our spouses went to a much needed group hangout to celebrate our friend & producer @ruthannesecunda22 belated birthday and to just all share some good food, wine, and conversations together ( you were missed @jason_priestley and @snowboardercollie )as we enter our final week of filming ( well, for this season) of @bh90210 . – Had a great evening with an amazing view at @liftbarandgrill in Coal Harbor in Vancouver. Such a spectacular view of the harbor and the 1st night of #celebrationoflights . – Can’t believe we are shooting the season finale now and will be done filming on Friday. It’s been an incredible experience this first go around with friends from the past. As @ianziering pointed out it’s been like summer camp! An experience I’ll never forget and treasure forever. Can’t wait till we film Season 2! – We premiere August 7th on @foxtv . – So glad our “family” is back together! #bettertogether #vancouver #beverlyhills #beverlyhills90210 . – Welcome to our @bh90210 family my friend @deniserichards

The biggest twist that came from Denise Richards appearing on BH90210 was that Anna (Natalie Sharp) was her daughter. That’s right, Ian Ziering was dealing with both mother and daughter. It was the perfect twist for the awkward relationship that Ian and Anna had, especially at the beginning.

Viewers may recognize Denise Richards from her various other roles. She is currently airing on The Bold and the Beautiful as Shauna Fulton and The Real Housewives of Beverly Hills as herself. Richards has been on and off television for two decades, with roles in various sitcoms and movies.

At this point, it is unclear if BH90210 will be back for a second season or if the six episodes that made up Season 1 was the end of the road. The nostalgia brought back resonated with fans despite the confusing updates and changes in the beginning.