Martin Scorsese’s new Bob Dylan film begins with George Méliès’ 1896 short “The Vanishing Lady,” in which the famed illusionist and “Hugo” subject makes his assistant Jehanne d’Alcy disappear before our eyes, but some viewers might not cotton to how this strange prologue sets the table for Scorsese’s own sleight-of-hand. More than just a concert documentary or an inside look at the fabled tour of the same name, “Rolling Thunder Revue” is nothing less than a feature-length magic trick of a movie — a séance disguised as a straightforward PBS-style program. There’s a reason why it’s streaming on Netflix with the subtitle “A Bob Dylan Story by Martin Scorsese.”

It’s entirely possible to watch and enjoy “Rolling Thunder Revue” without picking up on how it blurs the line between fact and fiction, but this feels like a movie that wants to get caught. It becomes a richer, fuller experience when you start to pick up on the mischievous ways in which Scorsese is messing with the record. Start pulling at the loose threads and it no longer feels like you’re watching a historical document from 1975, but rather like you’re hearing the distant echoes of a song that you already have stuck in your head.

If you haven’t watched the film yet, and think that you might have more fun sussing through its mysteries on your own, then we advise you to stop reading here and come back later to cross-check your findings. For everyone else, here are the four big lies that unmoor “Rolling Thunder Revue” from the raw facts of the matter and transform the movie into a feverish tale of masks, memory, and the timeless pursuit of a deeper kind of truth.

1. Sharon Stone didn’t actually have an affair with Dylan when she was 19 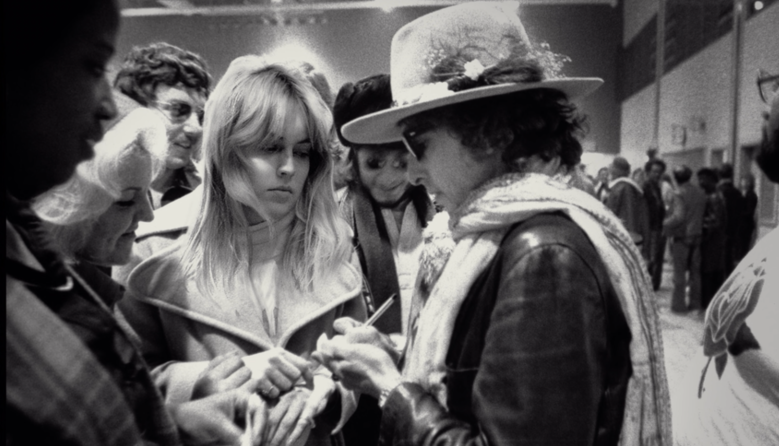 In what might be the most eyebrow-raising bit of fiction in the film, Sharon Stone — yes, “Casino” star Sharon Stone — shows up as a talking head interview subject and genuflects about how she met Dylan outside of a concert venue when she was just 19 years old and needed some help getting into the show. Stone would actually have been 17 at the time (the rest of the joke would be a bit ickier if Scorsese didn’t fudge the math), but a Photoshopped picture of the young blonde standing with Dylan in a crowd of fans makes its all too easy to go along with the gag. It also helps that Dylan himself acts as Scorsese’s accomplice, as he mumbles to the camera about the night he met Stone with her mom, and remembers the girl telling him that she was going to be a famous actress one day.

If Stone’s suspicious body language doesn’t give it away, you might catch on when she says that she joined the Rolling Thunder Revue on the road for a while, and implies that she and Dylan had something of a low-key affair (that lurid detail is baked into the lyrics of “Just Like a Woman,” which Dylan supposedly tricked Stone into thinking he wrote about her). If this were true, it feels like the kind of thing that you probably would have heard in passing at some point over the years. But it’s easy enough to go along with in the moment, as Scorsese clearly establishes the Rolling Thunder Revue as the kind of thing that could have swept up anyone in its path.—DE 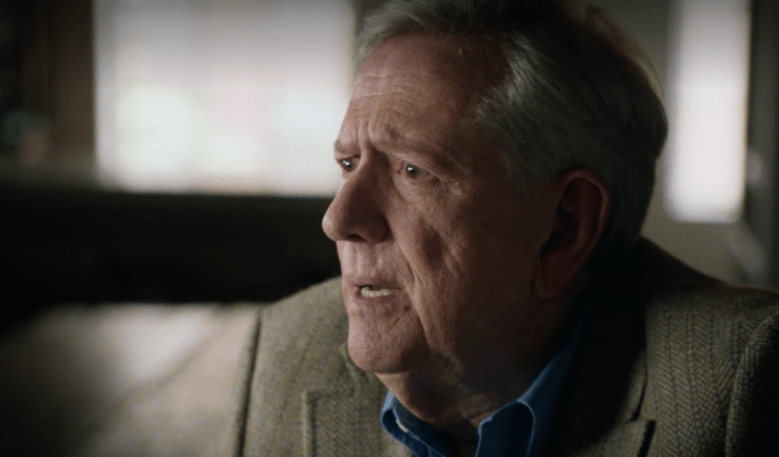 One of the real world backdrops to “Rolling Thunder” is Jimmy Carter’s successful presidential campaign. To narratively link the two, Scorsese dips into the film world of a fellow auteur, Robert Altman. “Tanner ’88” was a HBO mockumentary miniseries, written by Garry Trudeau and directed by Altman, in which former Michigan U.S. representative Jack Tanner (played by actor Michael Murphy) runs for the Democratic nomination for President. In “Tanner 88,” the under-funded underdog Tanner competes against the real politicians who were actually gunning for 1988 nomination, principally Jesse Jackson and eventual nominee Michael Dukakis.

In Scorsese’s story, Tanner (still played by Murphy) in 1976 was a young congressman who was close to Carter. When Tanner gets caught in a storm and his flight gets diverted to Niagra Falls, it’s Carter – a real-life Dylan fan, who referenced the singer in campaign speeches – who recommends Tanner go to the Rolling Thunder Revue concert and calls Dylan personally to get Tanner into the sold-out show. Tanner goes on to put Dylan and the politics of the era in perspective.

“I was one of the youngest members of Congress, so I was torn between two generations there,” says Tanner in Scorsese’s film. “And a lot of them were quite a bit older than me and Dylan was considered the enemy by a lot of these guys. I’d grown up in this era where you wanted to be an adult, you wanted to drink a martini with your dad, and now it was, ‘Never trust anyone over 30.’ And I’m caught in the middle of this.”—CO 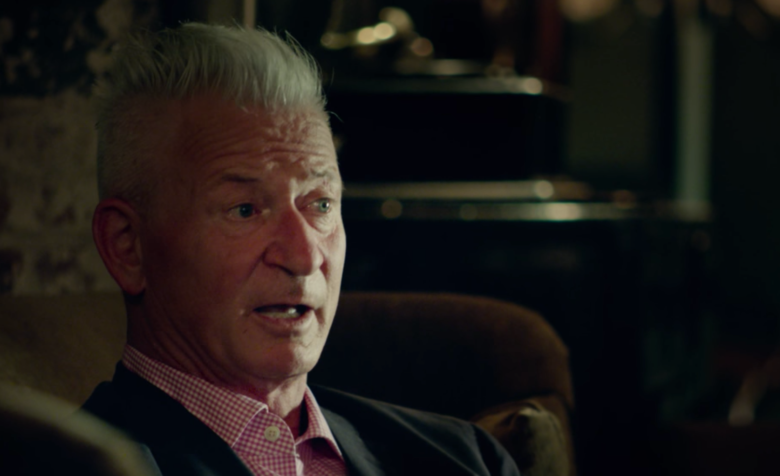 One of the best talking head interviews in “Rolling Thunder Revue” is courtesy of European filmmaker Stefan van Drop, who was a fly on the wall behind the scenes of Bob Dylan’s tour and captured all of the sensational concert footage. The only problem is that van Drop did not record this footage because van Drop is not a filmmaker or even a real person. The “filmmaker” is actually a fictional character played by Bette Midler’s husband, Martin von Haselberg. The actor turns van Dorp into one of the documentary’s most hilarious characters, a pompous director unafraid to share sly insults about Dylan and the fellow musicians he “filmed” on the tour. To make the joke land even harder, von Haselberg introduced “Rolling Thunder Revue” in character as van Dorp at the film’s Lincoln Center world premiere.—ZS 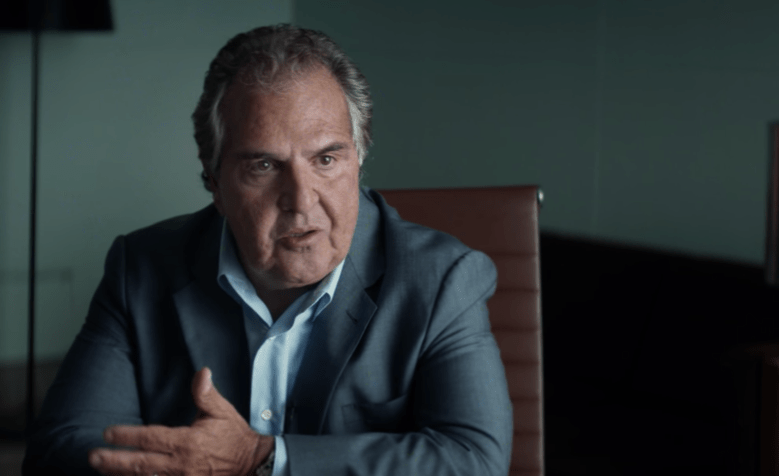 Anyone familiar with the movie industry might recognize the name Jim Gianopulos when it pops up on screen during a talking head interview. Gianopulos is the chairman and chief executive officer of Paramount Pictures, a position he’s held since March 2017. The documentary would have viewers believe that early in his career Gianopulos was a concert promoter who helped book the revue despite his reservations that a non-stadium tour was a good idea for Dylan. In real life, Gianopulos had zero connection to Dylan’s tour. Prior to Paramount, the executive worked as the co-chairman and later the sole chairman of Fox Filmed Entertainment, which included at the time 20th Century Fox, Fox Searchlight, Fox 2000, Fox Animation/Blue Sky Studios, Fox International Productions, and Fox Home Entertainment.—ZS

“Rolling Thunder Revue: A Bob Dylan Story by Martin Scorsese” is now playing in select theaters and streaming on Netflix.

Love Island star looks unrecognisable in childhood throwback – but can you guess who it is?