Debbie Webster (played by Sue Devaney) made a brief appearance on Coronation Street last year and instantly became a popular character with fans. While she was only in a few episodes, ITV viewers were eager to see more of Kevin Webster’s (Michael Le Vell) younger sister and now they have got their wish. Debbie’s return episode will be airing tomorrow night, Wednesday, August 26, at 7.30pm.

Debbie was originally in Coronation Street back in 1984 when the Websters moved to Weatherfield.

She only stayed for around six months though as the plan was always for her to move to Southampton.

But last year, she made an unexpected return after more than three decades to give Kevin his share of a large sum of money.

A relative of theirs passed away and left them £200,000 which Debbie said she didn’t need to so gave to her brother, much to his shock.

Tomorrow night, Debbie will be back and this time she will have a suitcase with her as she arrives at Kevin’s doorstep asking to stay with him. 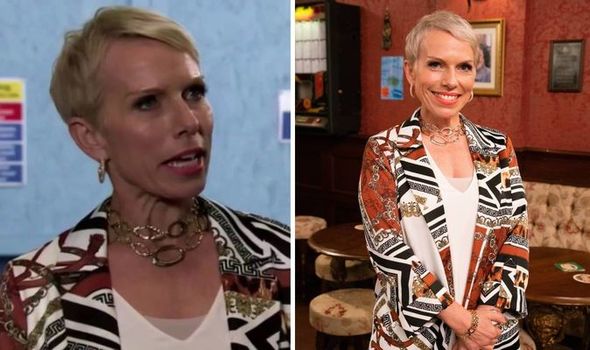 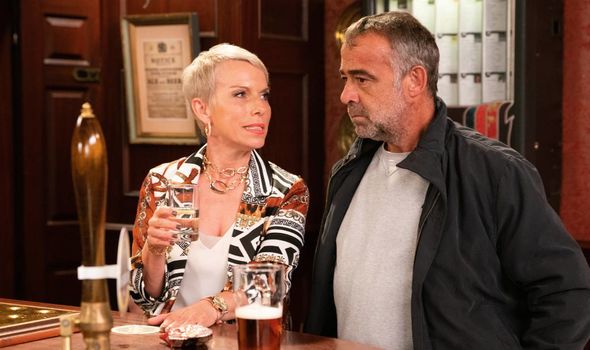 She has been in numerous popular television series since the mid 80s so is a recognisable face to many.

But viewers will most likely remember Devaney from shows starting in the 1990s and beyond. 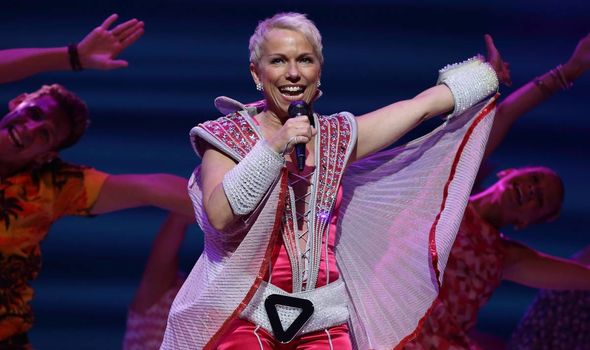 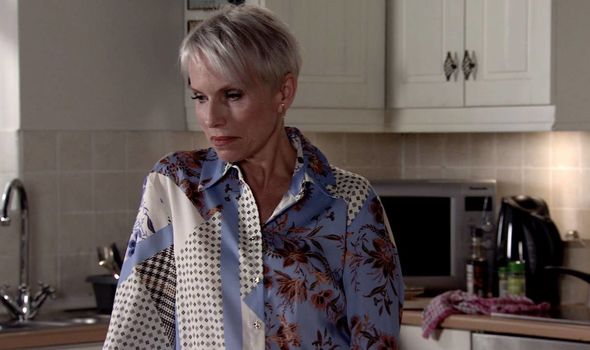 In 1994, Devaney took on the role of Liz Harker in BBC One medical drama Casualty for three years.

The following year, the actress joined the cast of comedy series Dinnerladies as Jane, who started every morning ordering twelve rounds of white toast.

She was in the show for two years and had several roles before joining Doctors.

She played a few parts in the show such as Jan Miller, Jenny Groves and Alison Darling, according to IMDB.

Most recently, Devaney appeared in BBC mini-series Years and Years as Barbara Hopkins.

Talking about her comeback to Corrie to Express.co.uk and other press, Devaney said: “I think business has brought her back, I think because of the situation where she lives in Turkey – she was missing her family.

“She’s very close to her brother and I think she wanted to be around family more and I think you do get to that age in life where you think, ‘Well, I’ve had all this stuff but I want to get closer to home.’

“I think the thing with Debbie is, she can go wherever she goes and she travels, does what she does – but she always comes back home.”

Devaney also teased how Debbie will cause some problems between Kevin and Abi Franklin (Sally Carmen).

She added: “I think she’s going to do a few business deals and stuff eventually but I think she wants to make sure her brother is alright.

“She is seeing Abi now and I think she thinks, ‘Is she good enough for him?’

“I think that if Kevin’s happy, Debbie’s happy, but I think she doesn’t want Kevin to make a fool of himself again and I think she’s very wary of our bit just because of what she’s seen.

“I don’t think she dislikes her [Abi] but I think she wants her to be honest and sincere with him and I don’t think at the moment Debbie thinks she’s very honest with him.”

Coronation Street continues every Monday, Wednesday and Friday at 7.30pm on ITV.