BBC’s Death in Paradise has built up a huge fan base over the years, having first hit screens back in 2011. The British-French crime drama follows detectives based in the fictional Caribbean island of Saint Marie and while season 10 of the comedy-drama wrapped up earlier this year, fans can’t wait until the 11th and 12th instalment. As a result, they have taken a look back at older episodes and in season five, a mistake involving Dwayne Myers (played by Danny John-Jules) was noticed.

In the episode, ‘A Personal Murder’ which first aired in January 2016 Dwayne attended the funeral of his old mentor Cedrik but was bewildered when he received a text.

The message read: “I was murdered,” and this panicked the police officer.

He quickly DI Humphrey Goodman (Kris Marshall) about the mysterious message which he was sent as Cedrik was buried with his phone in his coffin.

This raised questions amongst the police team as they knew there was no way this text could have come from his friend who was underground. 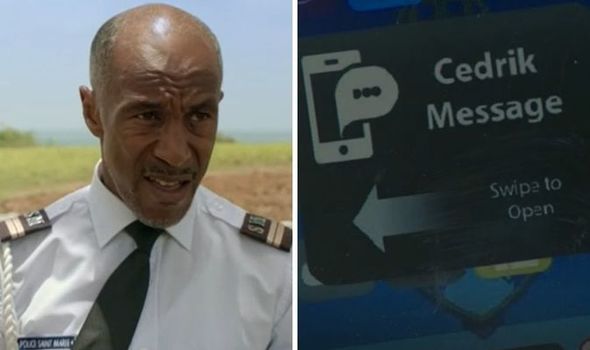 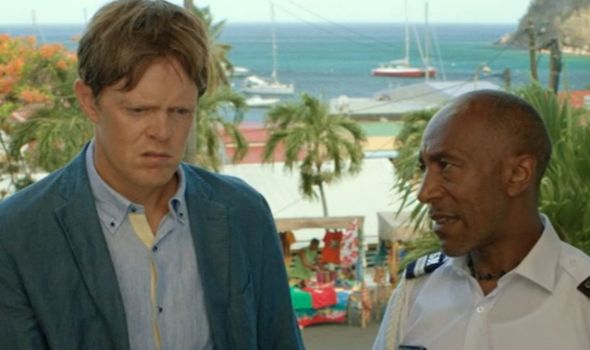 The team then looked into Cedrik’s death further determined to find out exactly what happened – and they soon found that Cedrik had died more suspiciously than originally thought.

In a key part of the plot, Dwayne’s phone unfortunately gave away a huge error; it revealed the date was Saturday, July 4, when in fact July 4 of that year took place on a Monday.

Viewers have taken to online sites to point out the mistake, with one sharing it on-site Movie Mistakes, which allows viewers to discuss plot holes.

Classing it as a factual error, they said: “Dwayne’s phone during the intro says it’s Saturday July 4th. The episodes (memorial banner, death certificate) takes place in 2016, when July 4th was a Monday.” 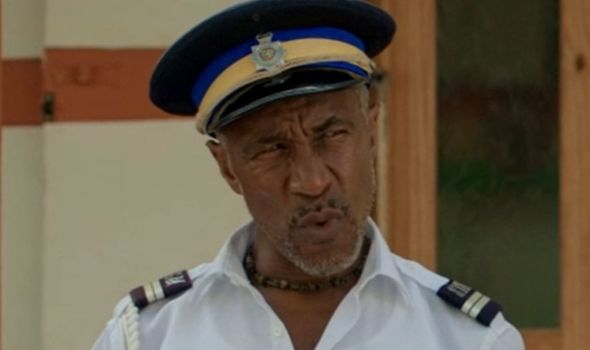 Death in Paradise: Florence and Neville go swimming in the sea

With the date inconsistent with the year 2016, the episode lost authenticity to observant viewers who had spotted the error.

The instalment later saw Humphrey and his fellow officers re-examining a historic case, brought to their radar as a result of the earlier events.

Humphrey interviewed Dr Ivann Tate (Tony Armatrading), the coroner who had recorded the death as being of natural causes.

He also spoke to a host of other suspects including a man named Temmy (Gary McDonald), whose girlfriend had left him for Cedrik.

As motives were explored, and all possibilities analysed, Dwayne discovered he didn’t really know his oldest friends as well as he had thought.

Elsewhere in the episode, Humphrey tried his best to prove to Florence Cassell (Josephine Jobert) that he could cook, as he promised the team an English shepherd’s pie.

The episode has also seen other plot holes pointed out, with another involving an error with a date.

Another viewer said: “[Humphrey] Goodman receives the package from the postman, and it is stated that Cedrik bought the watch on the 10th, which is said to be two days before his death.”

“His [Cedrik’s] death being on the 12th is inconsistent with both Dwayne’s phone desktop (July the 4th) and the message (Thursday 29th).”

It seems perhaps dates and details on phones had been overlooked by producers of this particular episode. Luckily, it didn’t seem to affect viewing figures, with five extra seasons having aired since this one.

Series 10 concluded just last month, leaving fans awaiting the next instalment already after being left with some unanswered questions – will DI Neville Parker (played by Ralf Little) and Florence get together?

The finale left this plot on a cliff hanger, so fans will have to wait until the next series comes out next year.

Neville seemed keen to finally make the first move, but the series wrapped up before viewers learned what really happened. Another mystery is whether Florence will even remain in the series.

The coronavirus pandemic threw another spanner in the works in the latest episodes, making filming very difficult. But fortunately, the episodes went ahead.

Season 11 and season 12 have been renewed by the BBC and filming for the former will start sometime this year.

Death in Paradise seasons one to 10 are available to watch on the BBC iPlayer now.