Theresa May only just handed in her resignation, but the former prime minister has already found herself a new career path.

Out of Number 10, and onto the live stage, yoga teacher Kath Thompson, 56, dressed up as the PM and mocked her appalling “Maybot” dance moves in an unexpected raunchy routine.

The skit mimicked the prime minister who visited South Africa in 2018, and danced robotically with school children.

Within hours, the internet was soon inundated with videos, GIFs and memes.

Wearing Theresa’s trademark red blazer, and a pair of kitten heels, Kath kicked off her act with the questionable dance moves before whipping off her trousers to flaunt her black cutaway body suit.

The judges were clearly lost for words as she paraded the stage in the figure-hugging ensemble, before finishing the act by waving an EU and UK flag around.

David Walliams praised the routine and said: “If this doesn’t fix Brexit, I don’t know what will.” 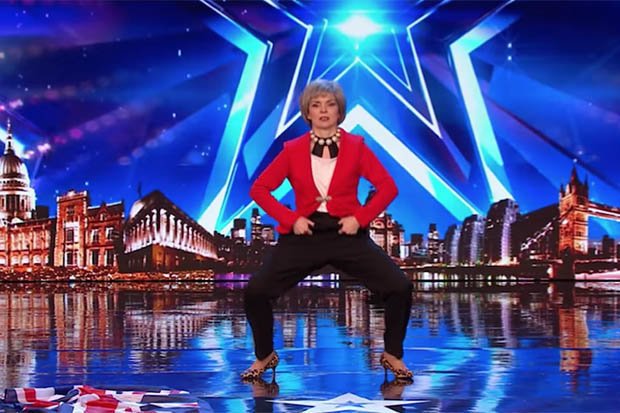 A clearly speechless Simon Cowell declared: “Unbelievable! The fact that you’ve come on and you’ve chosen our show it’s amazing and I really appreciate that.”

Viewers at home were somewhat divided by what they had just witnessed, with many proclaiming it was “hilarious.”

One viewer wrote: “Best thing Theresa May has ever done, this is!”

While another put: “The show has already peaked with a dancing Theresa May.” 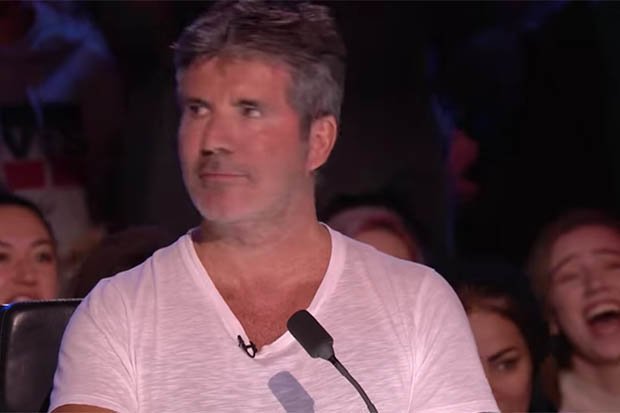 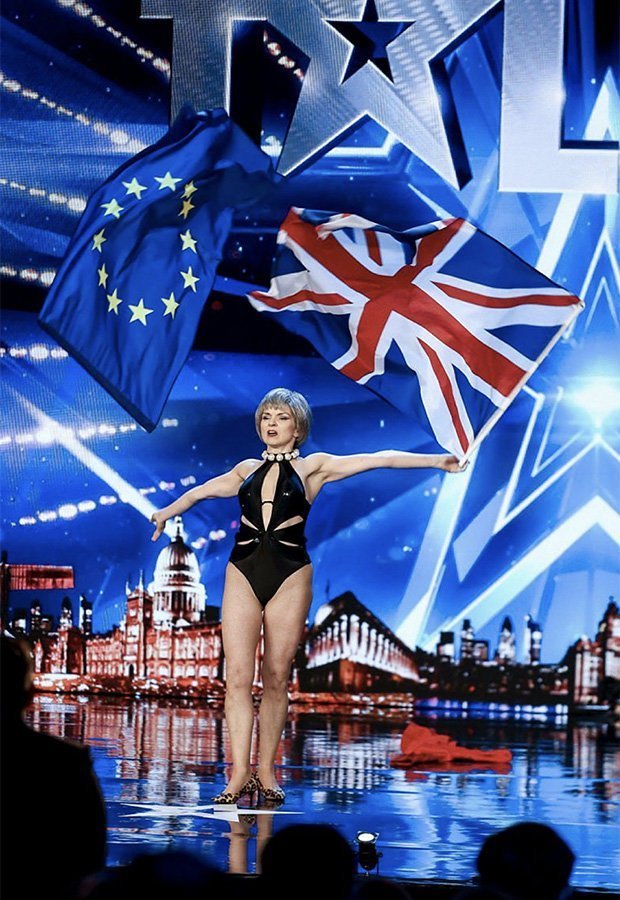 However, some were puzzled by the strip-routine.

Another agreed: “I know Theresa May is on the lookout for a new job, but f**king hell.”

A third chimed in: “What the f**king hell was that?”