DAVID Beckham has swapped football for literature as he reads Harry Potter and the Philosopher's Stone for his younger fans – and tried not to embarrass his kids.

The retired sportsman narrates a chapter of the best-selling children's book as part of a celebrity-packed reading initiative for lockdown – Harry Potter at Home. 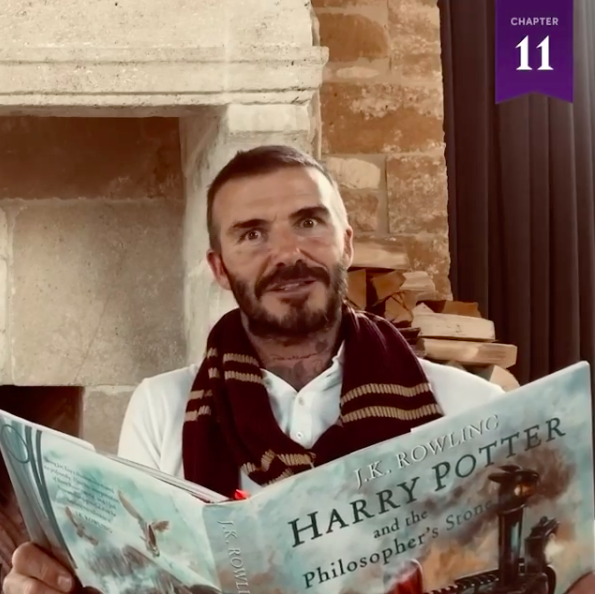 Keeping with his sporting prowess, Mr Posh Spice reads Chapter 11: Quidditch and admitted he was trying "not to embarrass his kids" despite not being the best reader.

He posted a video on his Instagram of him reading the book while wearing a scarf in Gryffindor colours.

He said in the caption: "So excited to be part of this great project to bring the magic of Harry Potter to fans all over the world, just like my daughter Harper…

"I was always better with a ball than a book in school but I did my best not to embarrass the kids! 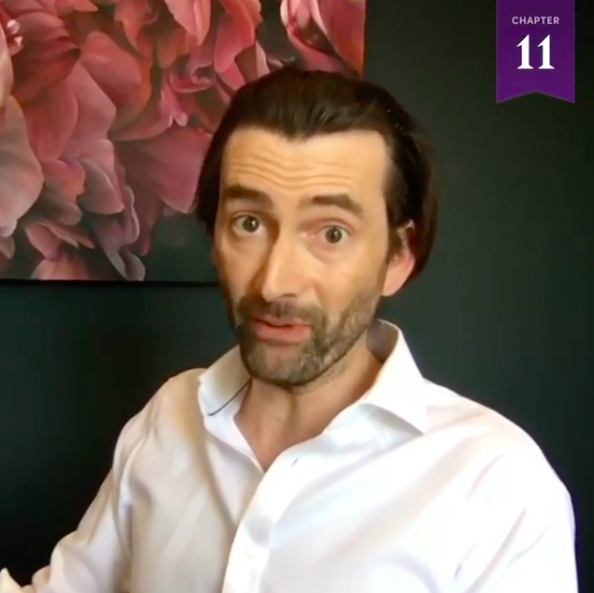 "Head to my stories to see me reading from Harry Potter and the Philosopher’s Stone with the brilliant actor David Tennant."

Other stars taking part of the include former Doctor Who star David Tennant, Dakota Fanning and Eddie Redmayne.

Stephen Fry will also feature as will actress Claudia Kim.

Earlier this week Harry Potter star Daniel Radcliffe spoke out in support of transgender rights after the author JK Rowling posted a series of tweets that were seen as transphobic.

The film star, 30, penned an open letter in which he told fans of the wizarding franchise: "I am deeply sorry for the pain these comments have caused you."

He wrote: "Transgender women are women. Any statement to the contrary erases the identity and dignity of transgender people and goes against all advice given by professional health care associations who have far more expertise on this subject matter than either Jo or I."

He continued: "I realize that certain press outlets will probably want to paint this as in-fighting between JK Rowling and myself, but that is really not what this is about, nor is it what's important right now.

"While Jo is unquestionably responsible for the course my life has taken, as someone who has been honored to work with and continues to contribute to The Trevor Project for the last decade, and just as a human being, I feel compelled to say something at this moment.

"To all the people who now feel that their experience of the books has been tarnished or diminished, I am deeply sorry for the pain these comments have caused you."

'The Office': This Dwight and Jim Scene Was So Funny, the Stars Couldn't Stop Laughing and Production Had to Shut Down