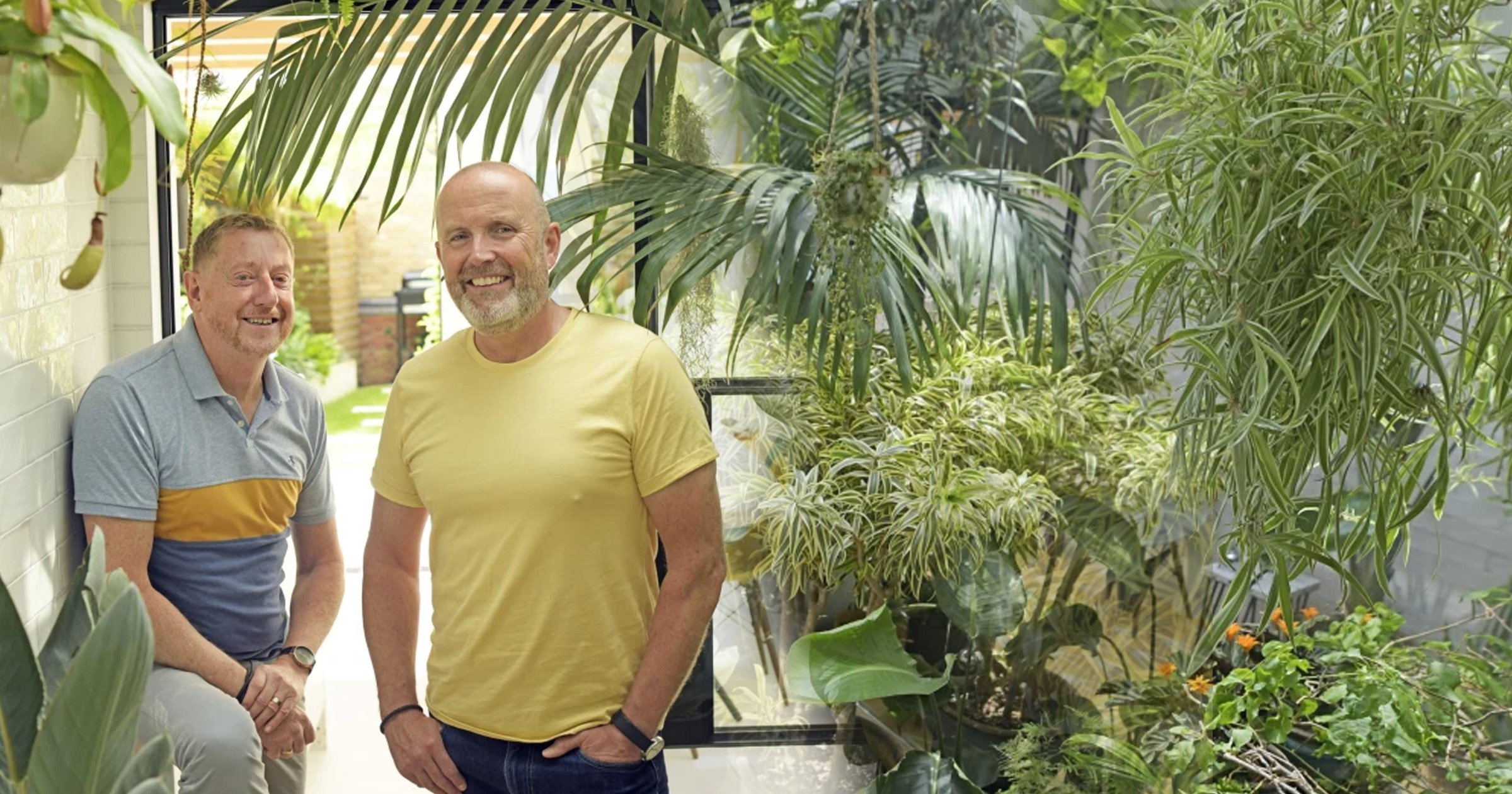 The key to a successful renovation project is careful planning – something that Graham Ogilvie and his partner Steve Burgin know only too well.

The couple spent over five months with architect Amos Goldreich and his team coming up with a design to transform their four-bedroom Victorian terrace house in Stroud Green, north London into a light-filled, spacious home.

Having bought the house in 1997 for £180,000, the couple had decorated and renovated the interior space as and when needed over the years and transformed the garden into a beautiful haven.

However, in 2019 they felt the kitchen wasn’t fit for purpose, both structurally and in how they used the space.

‘We saw an article featuring a project by Amos Goldreich Architecture,’ says Steve. ‘We really liked the firm’s style of work and how they had successfully managed to push that home’s envelope in a conservation area.’

Stroud Green is in the conservation area in the London borough of Haringey, known for its restrictions and restraints.

Amos and his team worked closely with local planners and conservation officers before submitting a planning application to ensure the couple received approval on their first attempt in June 2019.

‘It’s all about negotiations with planners. You need to understand why their policies are in place and what their main concerns are,’ says Amos. ‘Then you can begin negotiations to work out what will and won’t be accepted.’

The design brief given to Amos was far from simple. Graham and Steve wanted a larger, open-plan kitchen and dining space, but as extending would inevitably take over the stunning garden that Graham had lovingly nurtured over the 24 years of living there, it was essential that green space was incorporated into the renovation.

‘From the outset it was very clear that the plants were a third client in this project,’ says Amos.

Amos and his team’s vision saw the reorganisation of the ground-floor layout and creation of an internal courtyard, which Graham and Steve have named the ‘winter garden’. Placed at the heart of the home, it is enclosed by Crittall-style doors and an entirely glazed roof.

The use of glass swing doors provides a broken-plan layout that offers flexibility in how the space is used.

It can be opened up or closed off for privacy, but the use of glazing means that sight lines from the hallway and living area at the front of the property have been created through to the new rear and side kitchen extension and garden, which has allowed planting to be visible throughout the whole home.

‘I love the flow of the house,’ says Graham. ‘The whole of the ground floor feels like an open-plan flat, which is exactly what we wanted to create.’

The new kitchen and dining extension is now a light-filled modern space. Exposed oak timber beams add warmth and texture, as well as create the illusion of more head height – essential due to the planning restrictions imposing a 1.2m maximum extension height.

The continuation of oak has been used in the cladding that surrounds the large up-and-over bay window, and the warmth of the wood is mirrored in the neutral tones of the terrazzo that covers the kitchen island and counter tops.

Amos and his team designed a functional basement extension to store utilities. ‘We’ve also fitted daylight bulbs down there so that I can use the space to grow plants and seedlings during winter,’ says Graham.

Outside, the garden was raised to create a flush connection between the kitchen and outdoor space with the same flooring used internally and externally.

Meanwhile, a terrace on an upper level was given a fresh lease of life with new flooring, glass balustrades and considered planting.

‘The entertaining has been lovely. Now that we can have friends and family over, we can open up the sliding doors and it feels like an extension of the interior living space,’ says Steve.

Externally, the new rear extension sits in harmony with the rest of the house. It has, along with an existing first-floor extension, been painted grey and topped with a green roof. Touches of grey paintwork have also been added to the front of the house to tie the project together.

There was a lot of discussion with neighbours before the project commenced to ensure they were happy with the intended works.

‘We kept them informed throughout. We were lucky that they were so understanding,’ says Graham.

So supportive in fact that their next-door neighbour allowed the couple to temporarily store the plants and trees that Graham had grown over 24 years in his garden.

With the build costing £260,000 and the house now valued in the region of £1.6 million, the couple couldn’t be happier with their home, which was completed in September last year. ‘I hated working at home during lockdown,’ says Steve.

‘But coming downstairs in the morning with our yoga mats to do some stretching, we would look up and see the clouds and even if it was raining it would really raise our spirits.’

Exclusive: Kangaroo whisperer in training on Nat Geo WILD’s Out There With Jack Randall