Countryfile’s Adam has travelled across the country speaking to a variety of farmers about what the UK’s decision to leave the EU means for them and any concerns they may have.

He explained to viewers: “Brexit was going to happen but so far it hasn’t and nobody really knows what is next.”

In tonight’s instalment, Adam went to find out what the affect of Brexit would be on a pedigree beef herd and spoke to Sussex farmers Steve and Fiz Carr from Jeffington Place Farm.

Adam revealed that the UK exports around 450 million pounds of beef each year with approximately 80 per cent going to the EU and Steve and Fiz weren’t too optimistic about their farming future.

“Brexit obviously has cast a shadow over the future of the industry,” Steve told Adam. “We’ve already had two or three years of uncertainty as a result of the referendum.

“There is no more clarity now then there was. This is a long term enterprise. A bull introduced to a heffa, the calf is three stroke four years away before it’s ready to sell.”

Fiz added: “We don’t know if we’ll have a market. If there’s no market for the beef then what do you do? You can’t carry one arming indefinitely without making some money at it.”

She explained due to the uncertainty, they are taking things “one year at a time” and will continue to review each year.

“If it isn’t working out, then what?” Adam probed.

“It’s best not to think about really,” Steve replied. 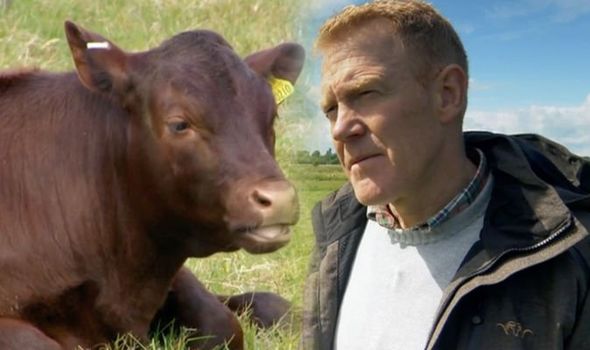 Adam was keen to find out more about how it would affect Steve’s finances and asked: “What are the actual threats then that could affect the price and profitability of your cattle?”

“Well, we’re protected by tariffs at the moment, there’s a tariff of £1.50 for each kilo of meat that would come into the European Union,” Steve explained.

“If the tariff is cut but he 50 per cent they are suggesting it is going to be that’s therefore going to knock somewhere between two and three hundred pounds off the value of each beast depending on its weight.”

He added: “I don’t think there could be a farmer in the country that could produce beef with a reduction of that level at a profit.”

The segment about Fiz and Steve’s concerns for their cattle farm came after Adam visited a large scale pig farm earlier in the year.

A 20-second clip of the interview was repeated tonight, with the farmers telling Adam: “We all voted to leave apart from Dad. We’re going out of we’ve got to move on from it.” 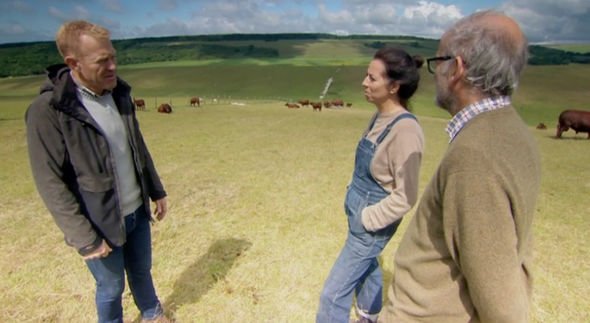 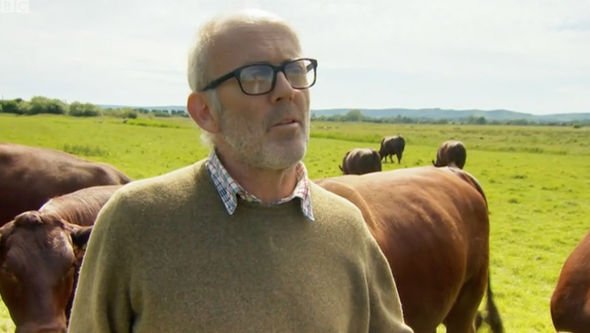 But many of those tuning in were not impressed with the segment and took to Twitter to claim the BBC was “biased” with its coverage.

“BBC scaremongering again #countryfile spends 20 seconds with a Brexit Farming family while 5 more me with a remainder farmer,” one viewer wrote on Twitter.

Another added: “Can’t believe the BBC are even bringing project fear into countryfile! I only buy British Beef I would never buy any other kind and neither would millions of others. Just Stop it! #Brexit #countryfile.”

A third continued: “Guys that was horribly biased #countryfile,” while someone else shared: “Yet another remainer item on #countryfile Oh for bbc balance! Sick of it #banthelicencefee.”

Countryfile hit back at critics insisting they had already spoken to Brexiteers about how they believed the UK leaving the EU would affect their livelihood. 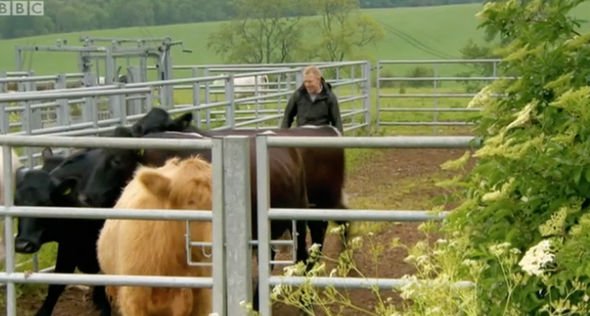 “The few seconds of the pig farmers was a reminder of the previous 10 mins film shown on an earlier programme which was all about them,” they replied to viewers from the official Countryfile Twitter account.

Last week on the BBC show, viewers were shocked when John Crawley reported on the illegal eel trade with the animals being smuggled out of Europe.

He explained: “These waters hide a darker side, from these banks a multimillion pound criminal network stretches out across the globe smuggling critical endangered wildlife.

“Because our rivers are now at the centre of a little known black market as lucrative as smuggling hard drugs like heroin and cocaine.”

Countryfile airs Sunday on BBC One at 7pm.